↓ Skip to Main Content
Home › Benefits of open data › Sunlight in 2015: Looking back on the world of opengov

Sunlight in 2015: Looking back on the world of opengov 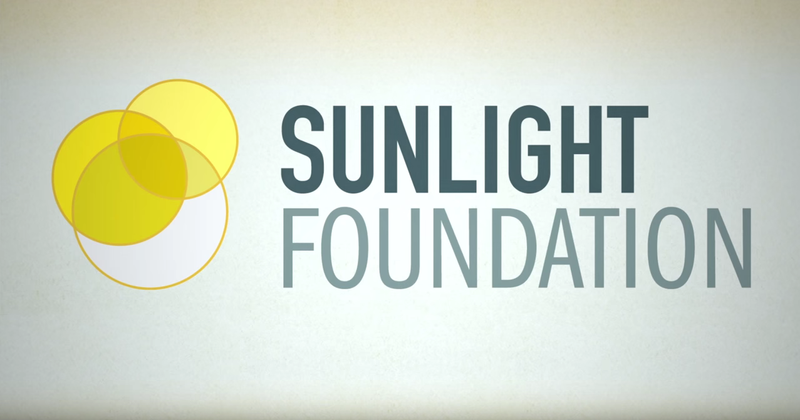 From Capitol Hill to city hall to parliament, Sunlight made an impact opening governments large and small, engaging citizens at home and abroad. Take a look at some of our accomplishments for 2015 below. (And follow along with our work in 2016 by joining Sunlight’s opengov community here!)

Throughout the past year, Sunlight’s reporters and researchers followed the money in elections, provided useful explainers of campaign finance, delved deep into congressional and civic tech and a whole lot more. Here were some of our top stories of 2015:

As we look toward 2016, Sunlight will continue to use our tools and data to shine a light on campaign finance, report on the latest civic tech initiatives and keep you up to date on opengov policy on every level of government.

2015 has been a landmark year for Sunlight’s local team, as we launched our largest project to date: the What Works Cities initiative. This ambitious, multi-year effort means Sunlight will work with 100 mid-sized american cities to advance municipal open data policy and practice at scale.

Since our first announcement of the program in April, Sunlight’s team has supported open data efforts in 13 cities and has played a key role in the adoption of four new open data policies in Jackson, Miss., Mesa, Ariz., Kansas City, Mo., and as of Wednesday, Waco, Texas.

Keep up with the local policy team’s progress by following along on our blog.

Sunlight’s federal policy team had a landmark year in 2015. We pushed the federal government toward unprecedented levels of data transparency, encouraged the House of Representatives to embrace open source technology and combat wasteful spending with improved data, helped set the agenda on surveillance transparency and continued to push forward a number of our top priorities — including FOIA reform, better federal spending data and more.

In the past year, Sunlight worked with countries around the globe to increase open government practices and drive citizen engagement. As part of the Money, Politics and Transparency (MPT) project, Sunlight designed and developed the revamped MPT website and launched the final product in July. The new website now houses the Campaign Finance Indicators, case studies and the Declaration on Political Finance Openness. The declaration represents global values on political finance transparency, resulting from months of collaboration with experts from nations across the world. The MPT website is now a resource for political finance actors globally, making it easy for researchers, NGOs and government officials to explore and download information on political finance practices worldwide.

In early 2015, we launched a new research project to explore and analyze the social impact of open data outside the U.S. The outputs of our research included a searchable repository of more than 100 examples on the results of open data and digital technology projects, three distinctive theories of change for open data and digital transparency initiatives from the Global South, and a methodological framework to help develop more robust indicators of social and political change for the ecosystem of open data initiatives, by applying and revising the Outcome Mapping approach to the field.

In addition to these endeavors, Sunlight also just released our first installment to our “Influence Abroad” series, which covers how major American players lobby the European Union; contributed to newly released international lobbying standards to clean up influence practices and corruption; started work with our allies in Argentina to develop a more open and inclusive society there; and worked with civil society organizations in Ukraine to share knowledge about open government practices.

There’s a lot more in the works for next year, so be sure to check back often for more updates!

Over the past year, Sunlight’s criminal justice project has collected nearly 10,000 datasets from all 50 states and the District of Columbia, illuminating the often opaque data offerings of state and local police departments, corrections agencies, judiciaries and more. This public inventory is a first-of-its-kind aggregate of these resources, and will vastly improve the way reporters and researchers utilize criminal justice data in their work. All of this information was indexed and organized into an easily searchable database that has been shared with journalists, practitioners and academics for feedback on how to improve its interface before a brand new tool launches next year. Stay tuned!

Meanwhile, Sunlight was tapped to contribute to the White House Police Data Initiative, working with local police departments that have voluntarily committed to making key datasets public. As a part of this effort, Sunlight is working with Presidential Innovation Fellow Clarence Wardell on the creation of a Police Data Playbook that police departments can use as a reference for open data best practices and case studies.

Just this past month, Sunlight and MuckRock joined forces to look at profit-based policing data across the country. What happens when governments stop thinking of fines as a deterrent, but as a crucial source of funding? Help us find out!

Sunlight has also partnered with Open the Government to assess the U.S. Open Government Action Plan’s shortcomings on criminal justice data as a whole, as well as authored many deep diving blog posts and policy briefs reflective of the large body of research we’ve accrued since the project kicked off. Dig in!

Of course, no year would be complete without Sunlight’s annual unconference, TransparencyCamp! It brought together journalists, civic hackers, policymakers and folks from all walks of life to share their knowledge, think up new ideas and create unique tools — all with the goal of making government more open. If you can’t wait for next year’s event, relive the awesomeness of TCamp15 again here!

As the sun sets on 2015, we here at the Sunlight Foundation would like to thank all of you for helping us on our journey toward making our government more accountable and transparent. We appreciate all of your support, and we wouldn’t be able to do such important work without your support. If you’ve read an article on our blog, dug through our open data or just want to support the cause of transparency, consider making a donation to Sunlight today. Thanks, and onward to 2016!