How collaboration made history in Bath 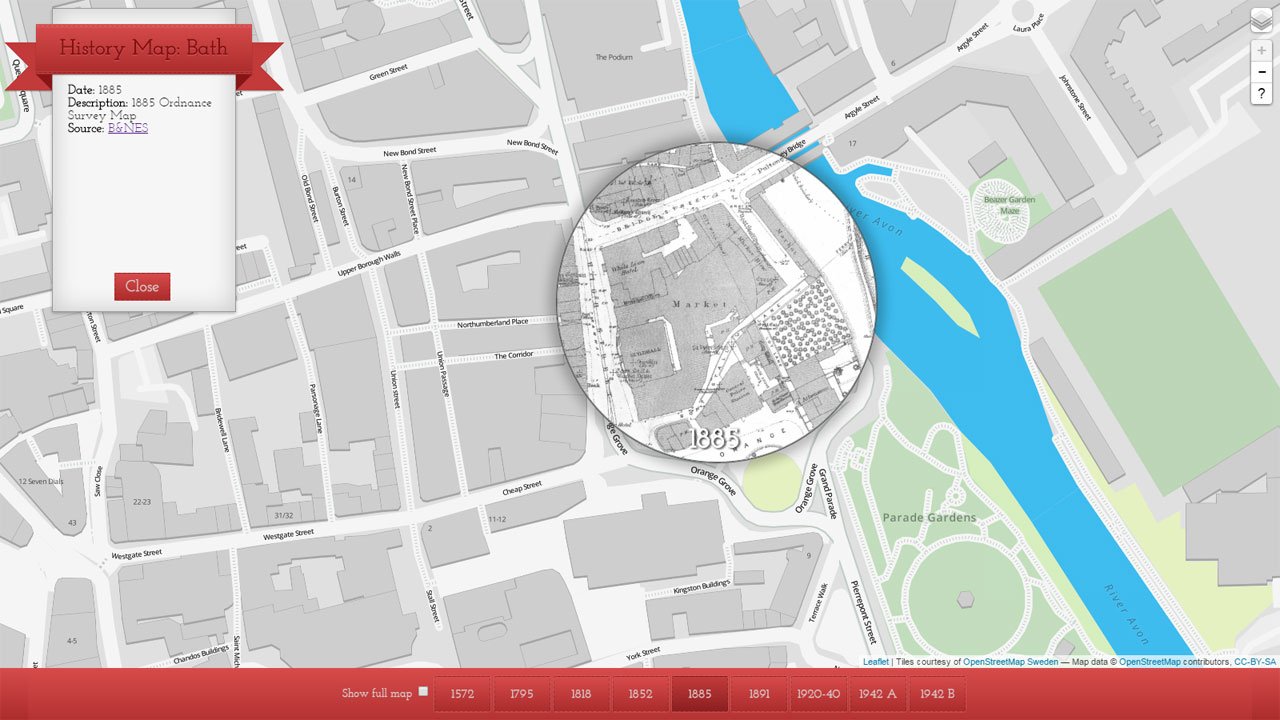 Bath: Hacked has brought the city’s historic maps to life with a combination of pure geekery, hard work and openness. It’s even more remarkable for the fact that nobody worked together.

This is a story that deserves to be told from the end.

I’ve just wasted far too much of my lunchtime browsing an online map made by a nice chap called Brendan which allows you to see the city through nine different ages of its history. It’s simple, it’s educational, it’s a lot of fun. So now you’re wondering how the hell he made it, and this is why I’m so darned proud we started Bath: Hacked.

Some weeks earlier, another nice chap called Leigh found the original maps and went geek crazy. He’d spent many an evening digitally pinning and stretching the maps (so they match the modern plans) and then made his work openly available on the Bath: Hacked maps page. Brendan was able to build on this work.

The result was wonderful fly around the city if you loaded Leigh’s maps into Google Earth: Remarkably for me, neither of these people worked directly together. Both had given up their time freely to Bath: Hacked because they love this stuff. They grafted and they shared with no expectation. Leigh worked, Brendan worked, and both passed on their efforts.

In open source terms… so far, so unremarkable. But it’s worth stepping back and comparing this with more typical approaches: If this were a city culture project, it would have taken months to spec the project, many more months to procure a solution and would no doubt have cost many, many thousands of pounds.

Instead these heroes just got on with it for the love of it, and made not one – but two – beautiful historic maps of our city. I’m guessing towns and cities everywhere would love this kind of public resource.

I salute them both. This is how to engineer magic.