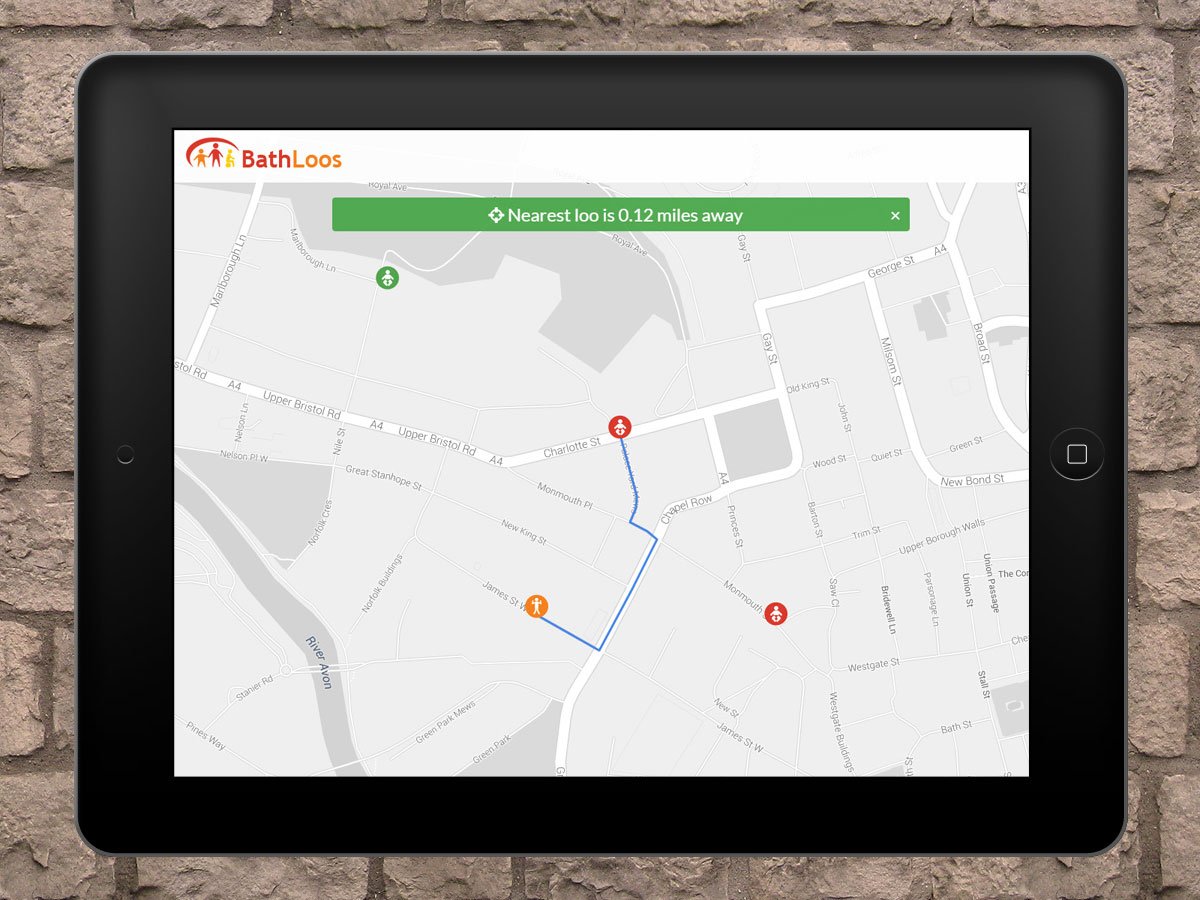 I shipped a location-aware HTML5 app that helps people pee. You should be impressed.

BANES council just released data on the 18 public toilets that adorn our area as part of a government breakthrough fund. I was itching to use it.

The breakthrough fund encourages local authorities to release three datasets on toilets, licensing and planning as open data. These aren’t massively important but the process of publishing open data is pretty instructive to councils who’ve never bothered before.

That’s why I needed to support it.

There’s nothing worse than publishing data and seeing nobody use it so I felt compelled to illustrate how even the simplest, stupidest dataset can be used to make something halfway useful.

I am delighted to announce the launch of our Emergency Public Toilet Finder which magically opens, detects your location and plots a walking route to your nearest bog. 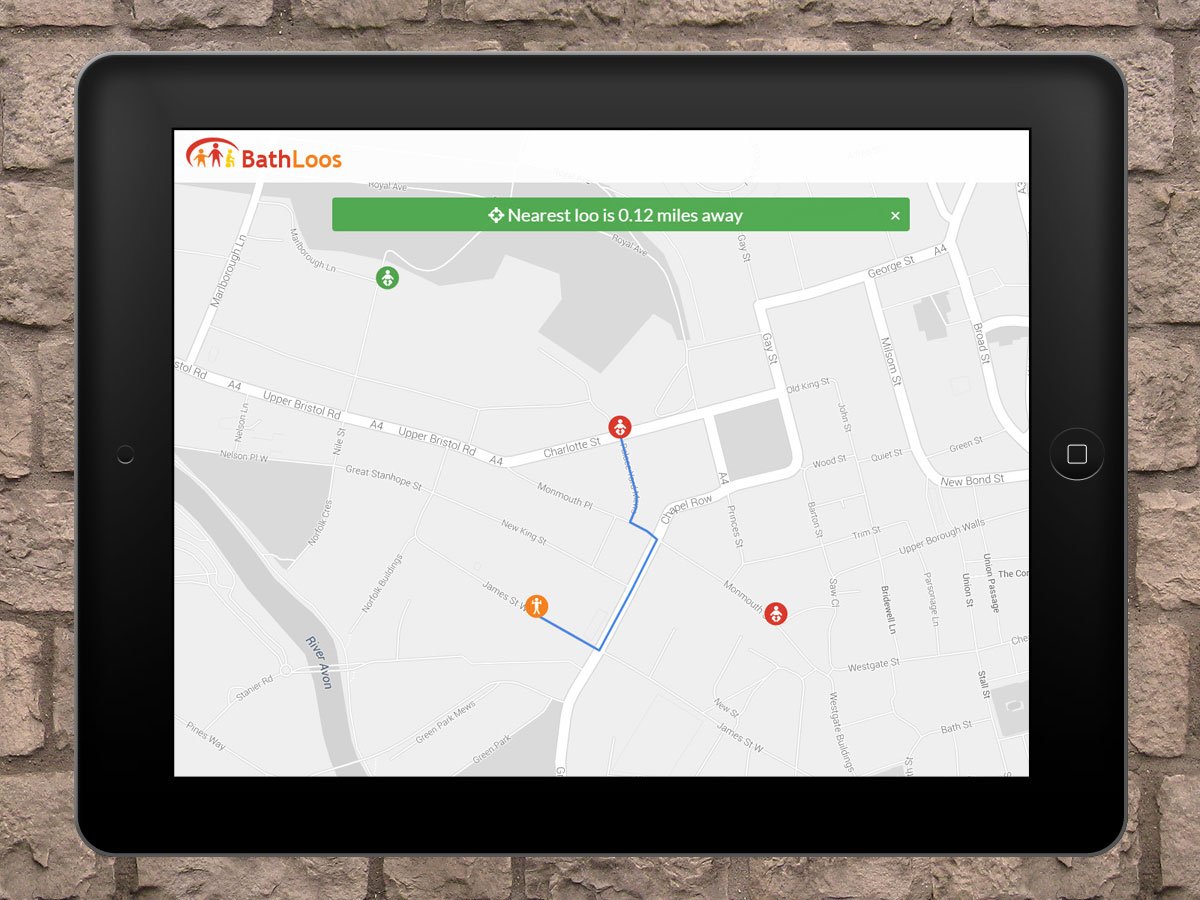 How to find a public toilet in Bath.

It works on all good phones and is entirely free of charge. In the spirit of giving, we even turned the data back into an API with a slightly enhanced version of the original dataset.

It turns out we’re not entirely deranged and a civic-minded lady called Gail Ramster has shown way more ambition by attempting the same thing for toilets across whole of the UK!

Thus far my experience of open data is that there’s no substitute for rolling up your sleeves. Grandiose talk of transparency, savings and all round do-gooding is worthless when you’re met with cash-strapped policy makers who want a real world example of why they should bother.

I can confirm Bath Loos has been seen by policy makers. They tittered.

They also understood the concept of open data just a little better.