↓ Skip to Main Content
Home › Benefits of open data › Breaking down the doors: Bringing contract deals into the open

Breaking down the doors: Bringing contract deals into the open 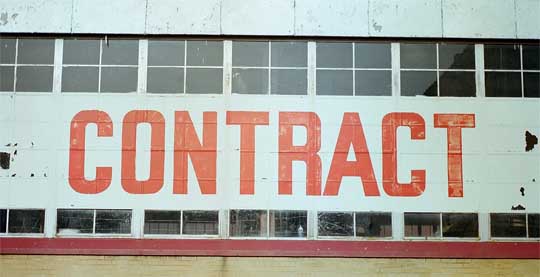 Fighting corruption was at the center of the 16th International Anti-Corruption Conference in Putrajaya, Malaysia that ended in September. Not surprisingly, Open Contracting, an approach to bring deals between governments and businesses into the open, was identified as a key tool in fighting corruption in the Putrajaya Declaration that emerged from the Conference.

[[tweetable]]Government contracts are one of the government activities most vulnerable to corruption.[[/tweetable]] As contracts cut across sectors, every service a government provides can be affected by it. Life saving medicines, and schools buildings, and infrastructure projects such as roads, ports, bridges, estimated at US $1 trillion worth, provide opportunities for agreements behind closed doors that can harm societies in the long-term.

These doors have been closed for too long. Successful strategies to opening up the contracting cycle have emerged. We were able to present some of the most exciting ones at the Open Contracting session at the 16th IACC.

In the Philippines, the law requires that third-party citizen observers are invited to monitor bid and award proceedings. Some of the open government efforts to put this in practice are linked to community-driven development. Citizens can participate in public contracting by conducting procurement or by overseeing government contracting to detect corruption and improve service delivery.

In Mexico, social witnesses monitor public procurement and ensure civil society participation, where, initially, information on the procurement process was only open to government and businesses. Transparencia Mexicana has joined as a third party on specific cases. The result: the government started saving money. However, when unlocking data on 180,000 procurement processes, new approaches to monitor contracts need to be found. With this information in open data format, the potential for analysis and engagement is huge.

Slovakia is fortunate. Contrary to other countries represented on the panel, the law stipulates that the contract is not valid, unless the contract is online. A platform run by Transparency International Slovakia highlights the need for intermediaries in interpreting this data. The platform makes this information more user-friendly and the organization proactively identifies potential corruption and mismanagement that is then often brought to light in cooperation with investigative journalists.

These solutions are not without challenges.

The documentation of procurement processes remains often only available on paper, and converting information into open data is easier said than done. Yet, countries such as Nepal, Paraguay or Zambia demonstrate it must not be a problem of the developing world. Even where electronic data is disperse and disconnected, the Open Contracting Data Standard provides a tool for governments to bring these databases together.

Moreover, [[tweetable]]when space for civil society opens up, participation is not necessarily guaranteed[[/tweetable]]. Public information on thousands of contracts needs to be interpreted. Civil society, but also governments, need capacity building to better initiate, implement and accompany development projects. Only when working together, they will deliver on their promise.

The example of Slovakia shows that unprecedented openness does increase interest by citizens. [[tweetable]]Almost 8% of Slovaks check at least one contract or receipt per year.[[/tweetable]]

This is crucial. Open contracting is a holistic approach to increasing transparency of government contracts. Only when disclosure and participation in public contracting are guaranteed, corruption can be kept out. As the session and these examples have shown, it can be done, and benefits emerge.

Tweet this: [[tweetable]]Open contracting is a holistic approach to increasing transparency of government contracts.[[/tweetable]]