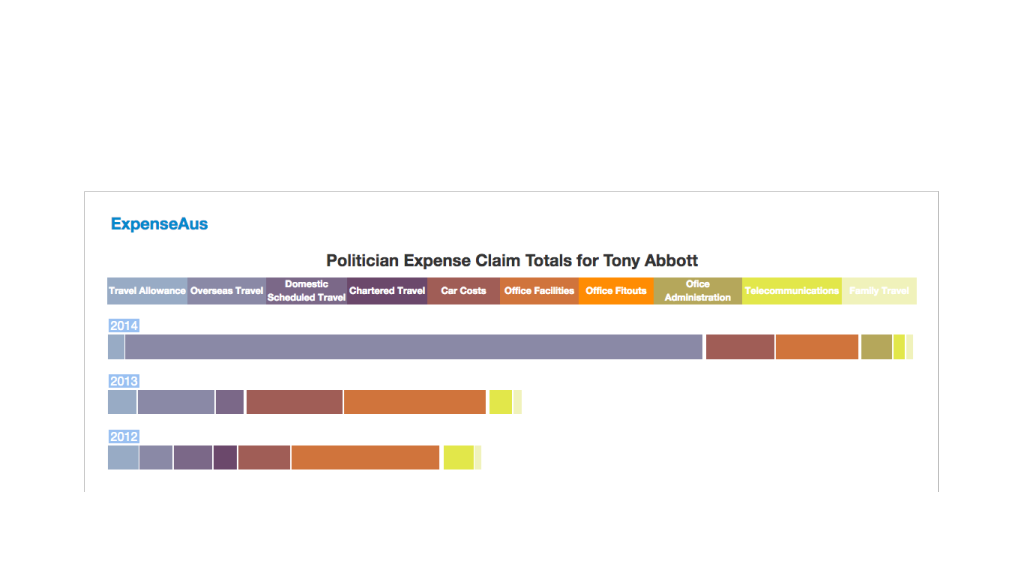 Created automatically from RSS feedPosted on August 12, 2015 Posted in Benefits of open data, Informing Decision-making, Posts from feeds, Saving money, Transparency, Visualising data
This post was created automatically via an RSS feed and was originally published at https://openaus.net.au/blog/2015/08/12/entitlementsexpenses-data-online-searchable-and-graphed/

According to Transparency International:

“Grand corruption consists of acts committed at a high level of government that distort policies or the central functioning of the state, enabling leaders to benefit at the expense of the public good.

Petty corruption refers to everyday abuse of entrusted power by low- and mid-level public officials in their interactions with ordinary citizens, who often are trying to access basic goods or services in places like hospitals, schools, police departments and other agencies.

Political corruption is a manipulation of policies, institutions and rules of procedure in the allocation of resources and financing by political decision makers,who abuse their position to sustain their power, status and wealth.”

Australians got a dose of one variant of potential corruption lately with the recent expenses scandal involving former Speaker of the House, Bronwyn Bishop. The scandal refreshed interest in ExpenseAus, a sub-project I began back at the end of 2013 during the pollie pedal travel rorts involving Tony Abbott and is now part of the much bigger OpenAus project.

ExpenseAus allows you to get results totalled by year across all 10 expense types for any politician serving between 2012 and the present day eg Tony Abbott. Most people only hear about suspected travel rorts but there are ten categories of expense including office and communications related expenses. You can see who has spent the most on each different type of expense for the last 3 years by setting the drop down menu to the expense type. 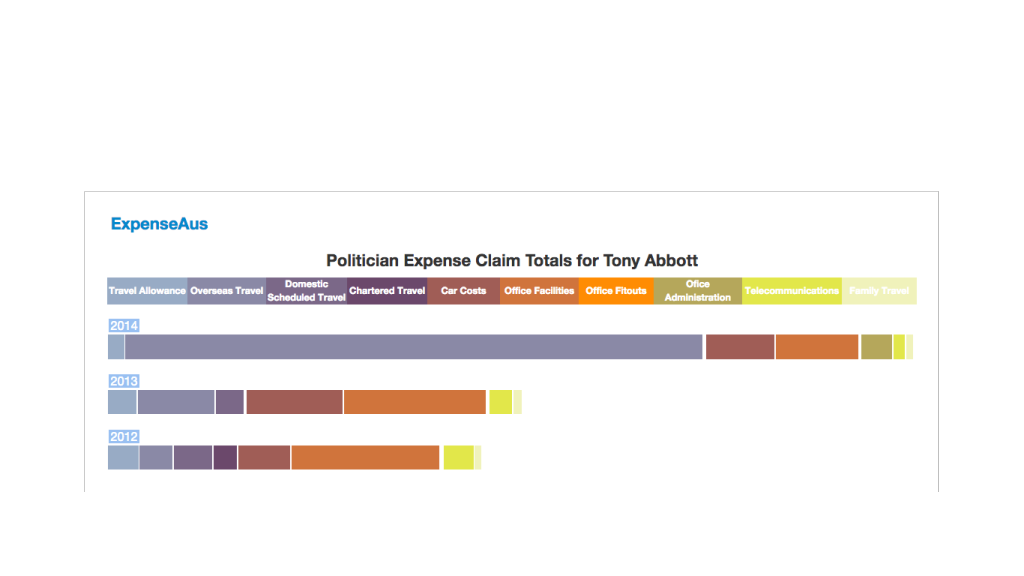 You can see at a glance who has already been asked to make repayments to the Department of Finance at the Repayments page. The reason data is always lags by six months is due to the administration process followed by Finance. Currently, members and senators give their claims to the Department of Finance for publication on the agency website (presumably at the conclusion of each reporting period). Finance then looks at these claims and makes ‘adjustments’ which include requests for repayment. Six months after these claims are submitted to Finance and abberrations have been settled, the data is then published on the agency website in a quite unusable fashion.

Given the public interest for re-use of expenses data, an official request has been made through Data.gov.au for release of his data in useable formats. Feeds for data.gov.au  are included in my ‘tools‘ page to keep me abreast of requests and releases of data. Anyone can join IdeaScale at Data.gov.au to request existing data sets or vote up the requests made by other people.

Nick Evershed, data blogger at The GuardianAU has also been maintaining a scraped version of this data set which forms the basis of his new functionality allowing readers to pin-point questionable looking claims. Craig Thomler has started a petition to get community representatives onto the review of entitlement spending announced in the wake of #choppergate both worthy efforts to improve citizen participation in improving transparency.

With interest in fiscal and political transparency re-invigorated by #choppergate it is my hope that people will begin to see the possibilities in a project like OpenAus – a much bigger project providing powerful insights into government spending across Australia. For those of us committed to financial and political transparency, open data (data provided by government) is a principal way of ensuring transparency which in turn promotes honesty and fairness in spending behaviour both on an individual level and much more broadly as with tenders and grants data.

Please consider supporting this project financially. OpenAus has been put together under the New Enterprise Incentive Scheme (which provides $250 pw in living & operating expenses) and will not survive unless the public sees the value and demonstrates this through their support.