You (yes, you) can find Roman roads using data collected by lasers 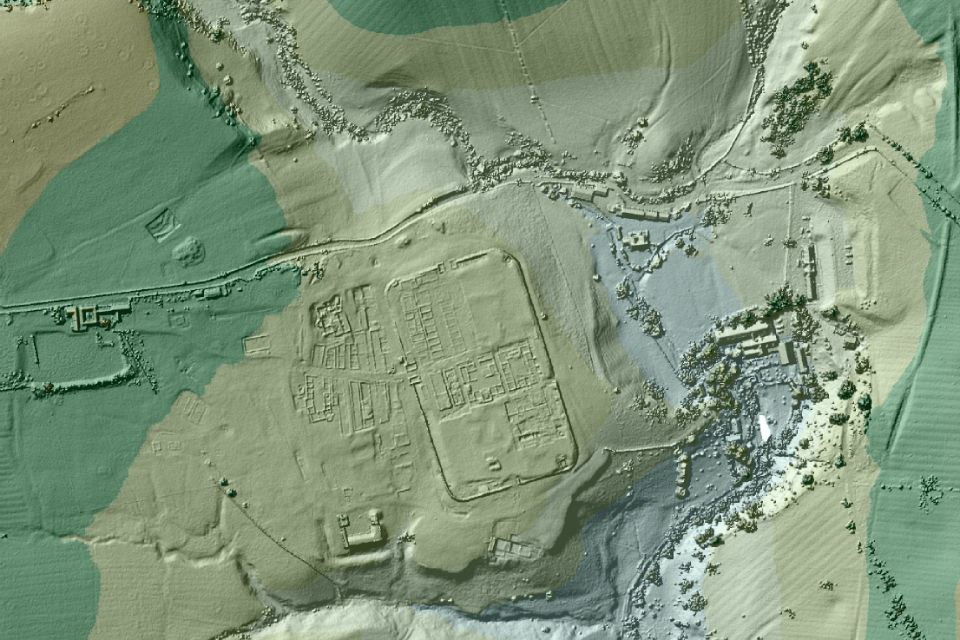 The Romans built a whole load of roads during their 350 year occupation of Britain: over 3,000 km’ worth, in fact. No one attempted a road project on that scale again until the early 18th century, more than 1500 years later.

Sadly for the Romans, though, many of their roads are now lost: destroyed, weathered, or grown over. Until relatively recently, archaeologists were forced to use aerial maps to try to trace the routes the roads once followed. But now a set of data collected for entirely different purposes helped them pinpoint the roads with a new degree of accuracy.

Since 1998, the Environment Agency has been using lasers to scan and build up maps of the British countryside. They use the resultant Light Detection and Ranging (LIDAR) images, like the one above, to track changing coastlines and model floods.

But the data is also made public, which means archaeologists have been able to use it to find hitherto lost Roman roads. Because the LIDAR scans clearly show undulations in the land, it’s easier to spot the remains of the roads, which were usually between five and seven metres wide and were raised half a metre off the surrounding ground.

David Rateledge has been researching Roman Roads for around three decades, and used the LIDAR data to newly discover a road between Ribchester and Lancaster last year. Here’s one section of it: The Environment Agency is planning to release 11 Terabytes (for Luddites: that’s an awful lot of data) worth of LIDAR information as part of the Department for Engironment, Food and Rural Affairs’ open data initiative, available through this portal. Which means that any of us could download it and dig about for more lost roads.