Why governments think that freedom of information is for nincompoops 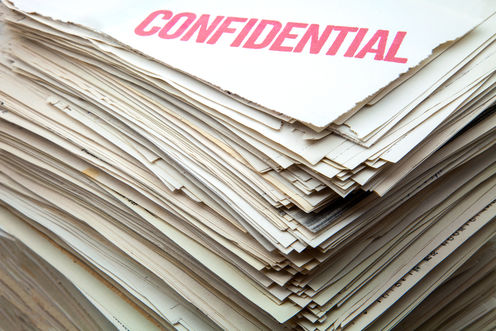 Politicians go off being open quite easily. Tony Blair went from being a champion of transparency in 1997 to calling himself a “nincompoop” for passing a Freedom of Information Act in 2010. Barack Obama was the “Transparency President” in 2009, using executive orders to open everything up on his first day in office, but by 2013 he was the president who had prosecuted more leakers than all his predecessors put together.

Now, having promised in 2010 that his would be the “most transparent government ever”, the UK prime minister, David Cameron, has created an independent Freedom of Information Commission to look into how parts of the act are working. So why does being open lose its sheen for politicians?

Politicians frequently blame all this upset on journalists who they say abuse all this new openness. Blair claimed FOI is mostly used as a “weapon” by journalists and his chief of staff, Jonathan Powell, agreed. More recently the leader of the House of Commons, Chris Grayling, said FOI was now a “research tool to generate stories for the media” (though he used FOI when in opposition and was a bit of a fan).

The leader of Wolverhampton council, Keith Ireland, chimed in to say:

The vast majority of requests come from media across the country, be that the BBC, local media, or media in general. They come from people who are out to create trouble for councils and students who are too lazy to do their own research.

The claim that FOI is being abused by journalists is not borne out by the facts. The biggest user group is actually members of the public who use requests locally to help themselves.

Some journalists do use FOI, though many do not. Some requests may be silly or designed to stoke up controversy. But there are many important issues from the invention of weapons of mass destruction in Iraq to destructive hygiene standards in Islington.

The problem for politicians is that is that it is journalists’ requests that are seen, they are the ones that get published, get noticed and make headlines.

As to why politicians are upset, the most obvious answer is that FOI laws are rather disruptive. They spring surprises, upset a politician’s neat timetable and can dig up all sorts of forgotten issues. Looking across these 103 stories you can see how being more open disrupts and upsets. Blair was, it seems, particularly upset by the release of the list of visitors he had invited to Chequers (which was actually an FOI request made by an MP who later complained that it was “deeply worrying that it has taken 18 months to reveal that the prime minister had dinner with Des O’Connor”. This sort of information is now, by the way, proactively released.

Another reason politicians go off being open is that they only meet the “worst” requests. Senior politicians see very few of them – normally the most controversial, sensitive or, worse of all, the ones that concern them, and can cause trouble, as Hillary Clinton found out. So they get a dim view of what is being asked.

A final reason politicians often give is that all this transparency stops government working “properly” – as they like to put it. Politicians and officials claim there is a “chilling effect” meaning that decisions are no longer written down. The evidence that this is really happening is rather slight and the parliamentary committee looking into it were rather unimpressed.

It may happen here and there, but decision-making has been transformed much more by emails, by the fear of leaks and by the sheer speed of government. The danger is, as the Information Commissioner warned, that these views become a “self-confirming myth”.

Politicians often lose their faith in being open. The difficulty with freedom of information laws is that just as politicians start going off being open, other groups find their faith in openness getting stronger – whether because it’s a useful tool or symbol of democratic freedom and rights. As the new commission looks into the law, there’s likely to be a battle ahead.

Ben Worthy received funding from the Leverhulme trust, ESRC and has worked for the Open Government Partnership