↓ Skip to Main Content
Home › Benefits of open data › Who is using all this government open data? 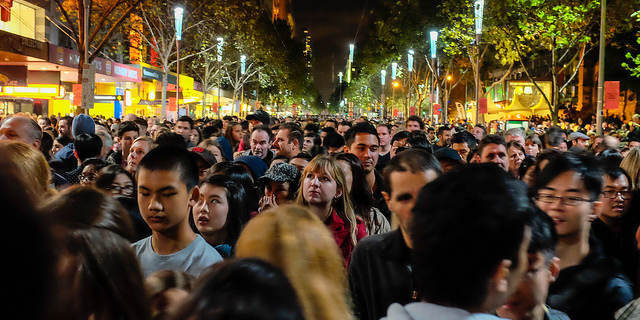 Who is using all this government open data?

Created automatically from RSS feedPosted on July 23, 2015 Posted in Benefits of open data, Informing Decision-making, Posts from feeds, Saving money, Transparency
This post was created automatically via an RSS feed and was originally published at http://theodi.org/blog/who-is-using-open-data As politicians promise more and more open data to solve our problems, there is one big gap in our understanding: who is really using it?

By their very nature users of open data are hard to track down. Looking at the most viewed and downloaded datasets for data.gov.uk raises more interesting questions that it answers. There are a few interesting signs, such as the type of people and organizations requesting datasets from data.gov.uk.

My own research on local government publication of all spending over £500 tells us a little about who is using it. The findings are based on a mixture of FOI requests, surveys and interviews (you can see more stats here).

First, interest in the local spending data on local authority websites seems low. Based on Freedom of Information (FOI) requests to local authorities, the average number of page views was 200, **pretty low compared **visits to other sites (note visits and page views are different):

Second, those who are using it seem to be a rather diverse bunch. Here’s a comparison of users of FOI at local government level (from this report) and the spending data.

The biggest user group appears to be business. The data may be very useful for tenders, contacts or competitors. As Jo Bates points out here, this raises some interesting questions as to who ultimately benefits from open data. Businesses are also big users of FOI at local level, from small ‘one person’ companies to multi-nationals.

Another large user group is media. Authorities reported a ‘flurry’ of interest from journalists but one that often died down. A search of regional newspapers found 148 articles specifically using the term ‘spending over £500’ between May 2010 and August 2012. The spending data was used to question authorities, focusing on odd spending at a low level, such as this.

Another key group would be NGOs, who made up just 5% of all users of the spend data. High profile campaigns in the London borough of Barnet sat alongside smaller more focused uses by community groups over particular salaries or contracts. There’s also been some interesting innovations with, for example, Shelter using open data to build a searchable portal on homelessness.

The public were supposed to be the beneficiaries of the new data. Exactly who the ‘public’ users are remains a bit of a mystery. Like FOI, they may be a hard core group of activists with a wider, looser group made up of the curious or those seeking very specific information. There are a few, but not many, Armchair Auditors, who have not yet moved from settee to spending data.

One problem is that all these discrete categories are all a little too neat. Research by Tim Davies on data.gov.uk found a mixed group of activists and ‘techy’ people, where the campaigner and person were one and the same person.

Another problem is that the research only tells us about those directly using the sites. From what we know from communication theory, opinion formers pass on information to others. Who, if anyone, is this data trickling down to? Not all users are equal – a journalist can have thousands reading a story. More importantly, who is using the new apps that and sites such as Openly Local or appgov.org, and the Local Government Association’s LG Inform tool?

So different groups are using it different ways. There is no ‘average’ or ‘person on the street’ data users. This makes the future of open data very unpredictable. Just as it should be.

Ben Worthy is a lecturer in politics at Birkbeck College, University of London. You can read the full article here. He has a blog on Open Data and FOI here.

Image by Scott Creswell CC by 2.0