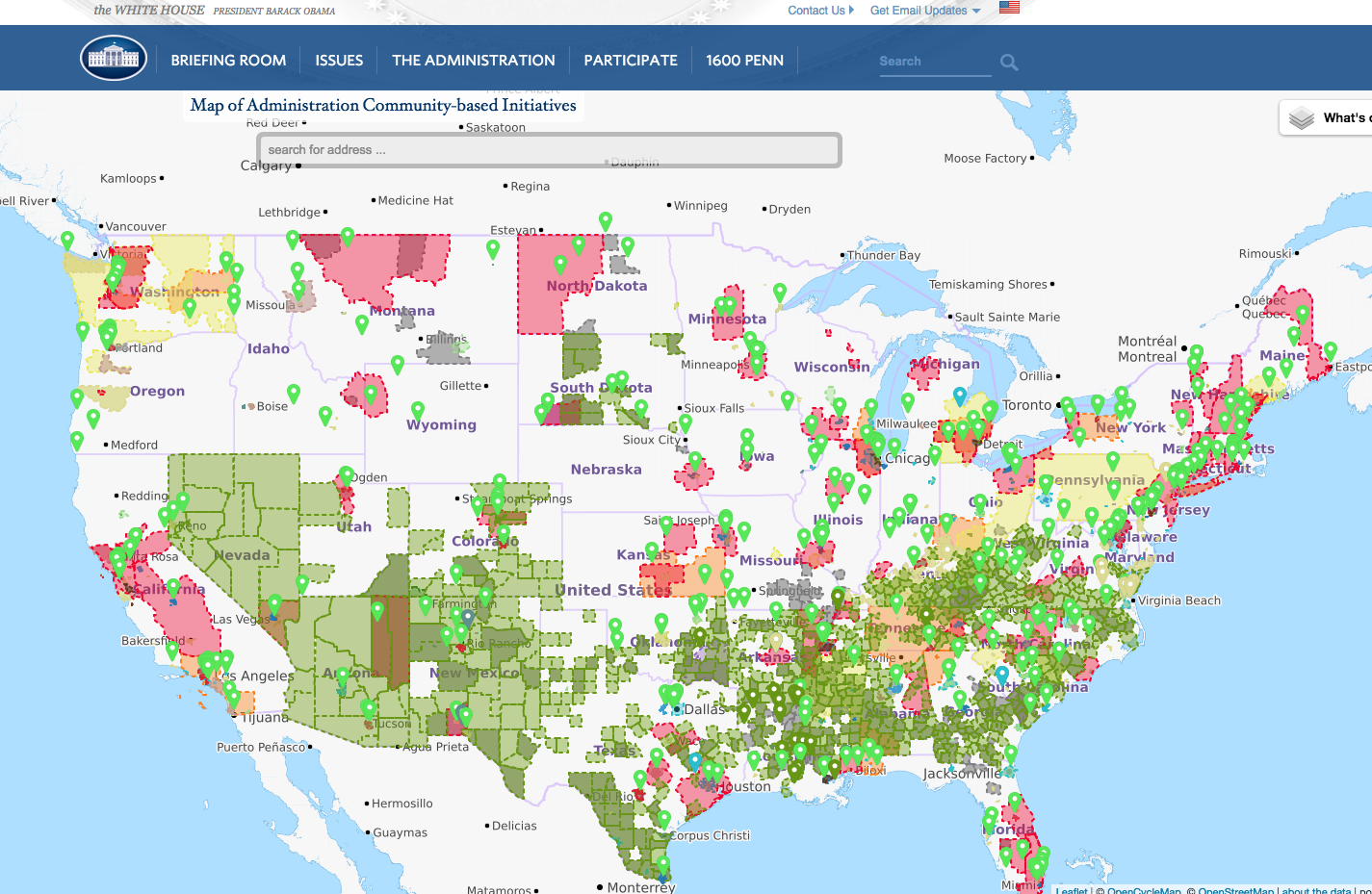 Wired: “Data is immensely powerful. The trick lies in organizing the stuff. The good news is that so many organizations are now offering tools that help with this—and so many of these tools are open source.

The White House is among the many who are tapping into this trend. Today, the administration revealed a new tool meant to help anyone visualize government work across the country. Built in partnership with more than 15 Federal agencies, it’s basically a huge map of the country—with data layers you can select or deselect—that lets you see where certain community-based initiatives are gaining ground.

“This new approach focuses on the direction that cities and small towns want to go rather than the laundry list of programs the government has,” a representative from the White House Office of Management and Budget tells WIRED.

The initiatives include My Brother’s Keeper, a program designed to help residents succeed in education, in their careers, and beyond; Climate Action Champions, a program aimed to help local leaders address climate change issues; and Promise Zones, which hopes to increase economic security and expand educational opportunities within the community. The map also includes demographic information, on things like US Census data on counties of persistent poverty and data from Harvard about upward economic mobility by county.

“From the start, [the map] has been built in the open, and source code is available on GitHub,” the White House says, inviting data enthusiasts to make use of the map—which the administration also promised would get the benefit of regular data updates.”