↓ Skip to Main Content
Home › Benefits of open data › Where is all the open data for waste management?

Where is all the open data for waste management? 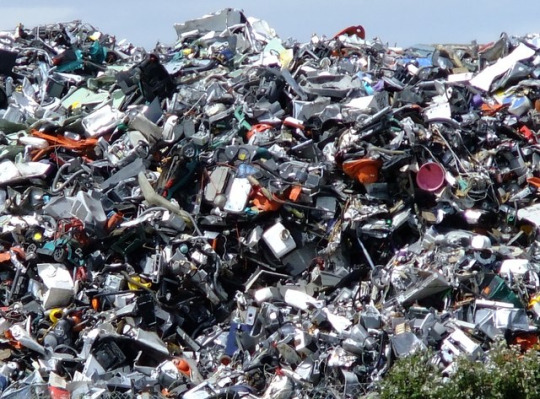 This post covers resources and issues related to open data about waste management in the UK.

I’m putting this material together now because Defra, the government department responsible for waste policy, has recently announced an intention to release 8,000 datasets as open data over the next year. See my previous post and #OpenDefra on Twitter.

My starting point is a general sense that we don’t have as much open data about waste management as we should. Waste is an unglamourous but important area of public policy, and I’m keen to make sure it gets due consideration within the Open Defra initiative.

There are some key datasets, noted below, that I think Defra should earmark for release. But there are also fundamental matters of approach to consider. How should government balance the commercial sensitivities of individual companies within the waste cycle against the wider benefits to industry and society of making detailed data available for unfettered re-use? Should data about sole traders be treated as personal and therefore restricted from open re-use? Are there national security implications in making data about hazardous waste more widely accessible?

These are some of the more useful public data resources about waste management:

– a website for municipal waste data reporting by UK local authorities to Government. There is free public access but the site requires registration. Ideally I would like to see this functionality pulled out from behind the login and the data made more explicitly available for re-use under an open licence.

The Hazardous Waste Interrogator – an Environment Agency dataset that provides a summary of movements of hazardous waste in England and Wales. The data is open but it’s only high-level; tonnages of movement of different classifications of waste between regions of the country. Individual site names and producers details are not included. (See below for more about hazardous waste data.)

What’s In Your Backyard

– Environment Agency’s interactive web mapping includes some waste-related layers, most notably Authorised Landfills and Historic Landfills. Neither of those datasets are currently open data. (See below for more about landfill data.)

– an European Environment Agency (EEA) database of data reported under the Urban Waste Water Treatment Directive, including for the UK.

It’s unclear why the registers are only available (on the open web at least) in PDF format, as this clearly discourage re-use. The register data includes both office addresses and scheme addresses for WEEE producers. Some (but not all) of those addresses will be duplicated in Companies House data that is available in a re-usable format.

– on its list of priority datasets being assessed for release as open data.

There is probably a broader piece of work Government should be doing to reconcile the re-use status of public registers with open data policy. But in the meantime I hope Environment Agency will either release the WEEE registers as open data in a re-usable format or provide its rationale for not doing so.

(As an aside, there is reportedly some discrepancy between EA’s WEEE producer data and figures released by BIS.)

(You can read more about environment permitting on the EA website.)

There is another key dataset: Historic Landfill, which contains boundaries for landfill sites that are now closed. I have argued through the EA Data Advisory Group that this dataset should also be on the priority list. I believe the historic data has greater potential for re-use than the data on existing landfills. However this is a dataset from which EA collects commercial revenue (and it’s in the High price category), so it may take longer to release as open data.

Back in 2013 I wrote a couple of posts about some changes EA had made to its What’s In Your Backyard maps; changes that I thought would make it more difficult for the public to identify landfill sites that handle hazardous waste. Those concerns remain, and I’ll be watching with particular interest to see whether EA releases the underlying landfill datasets as open data.

I mentioned the Hazardous Waste Interrogator above. Behind that is a collection of more detailed datasets held by the Environment Agency, covering hazardous waste movements, producer registrations, etc. Given the sensitivities around this subject I’m not sure how much potential there is for open data release however.

(Does EA produce annual reports on hazardous waste? Some confusion on the answer to this question, based on correspondence from an Environmental Information Regulations (EIR) request earlier in the year.)

Also of note is the Nuclear Decommissioning Authority (NDA)’s UK Radioactive Waste Inventory website. The website, launched last year, is nicely designed and the waste stream data sheets for individual sites are downloadable as open data. But there is no bulk download of the full dataset. This is a requirement if the dataset is to comply with the Open Definition, the generally recognised standard for “proper” open data.

Last year Labour MP Nick Smith obtained a debate in Parliament on the problem of fires at waste management sites, and called for more information sharing.

Environment Agency subsequently rejected an EIR request for its list of waste sites identified as either high or medium fire risk. Notwithstanding the arguments against release set out by EA, my view is that this information should be available to the public.

Waste disposal authority contracts in England – This was released as a one-off in May 2014, in response to EIR requests, but looks like a dataset Defra could publish on a regular schedule. (I made a re-usable version.)

Fly tipping (or illegal dumping of waste) is a growing problem, particularly for councils. Defra publishes annual statistics based on reporting from local authorities.

A major dataset that the Environment Agency is assessing for possible publication is a database of fly-tipping incidents dealt with by Local Authorities and enforcement action taken.

However that release never materialised, and earlier this year Environment Agency withdrew the guidance on its Flycapture database. The recording of fly-tipping data is “being reviewed”. So I’m not quite sure where we are at the moment with national data on fly tipping.

In addition to the collection of data from local authorities, EA also seems to have its own records of fly tipping incidents that it investigates directly.

I think there are two schools of thought on whether locations of fly-tipping incidents (as distinct from statistics) should be released as open data. One argument is that highlighting the locations will just encourage fly-tippers to dump more waste there. The counter argument is that publicising the problem would increase pressure on councils (and the EA) to monitor and clean up the worst locations, and might even encourage communities themselves to keep an eye out for fly-tippers.

As you might expect I’m in favour of releasing data on fly-tipping locations, as a few councils (such as Bassetlaw) have already done.

Does cutting “red tape” mean Defra will have less data to release on waste management?

Last year a report from Parliament’s Environment, Food and Rural Affairs (Efra) Committee suggested Government was “stepping back” from areas of waste management. The Government made a robust response but there is clearly some uncertainty around the future direction of waste policy.

Defra has scaled back some environmental regulations under the banner of the cross-government “Red Tape Challenge”. Construction companies no longer have to produce site waste management plans, for example.

Even within the waste and recycling industry itself there are concerns that reporting requirements are being reduced too far. Many in the industry recognise that open data and transparency help to support the reputations of responsible waste producers and processors.

Defra has also been running an initiative called Smarter Data, with the aim of “simplifying the information that businesses submit to Defra and its regulators to ensure we only ask for information that is needed and used and that it’s as easy as it should be to submit.” Although there is always some churn in the data government needs to collect, it is difficult to reconcile this trend with Open Defra

Of course technically that was all under the previous Government. Rory Stewart MP is now the minister responsible for waste and recycling (and for Environment Agency), and may have some new ideas. The EU’s Circular Economy strategy, currently out to public consultation, could also present new opportunities to push for better reporting and more open data on waste management.