What We Can Learn from the First Internet of Things City 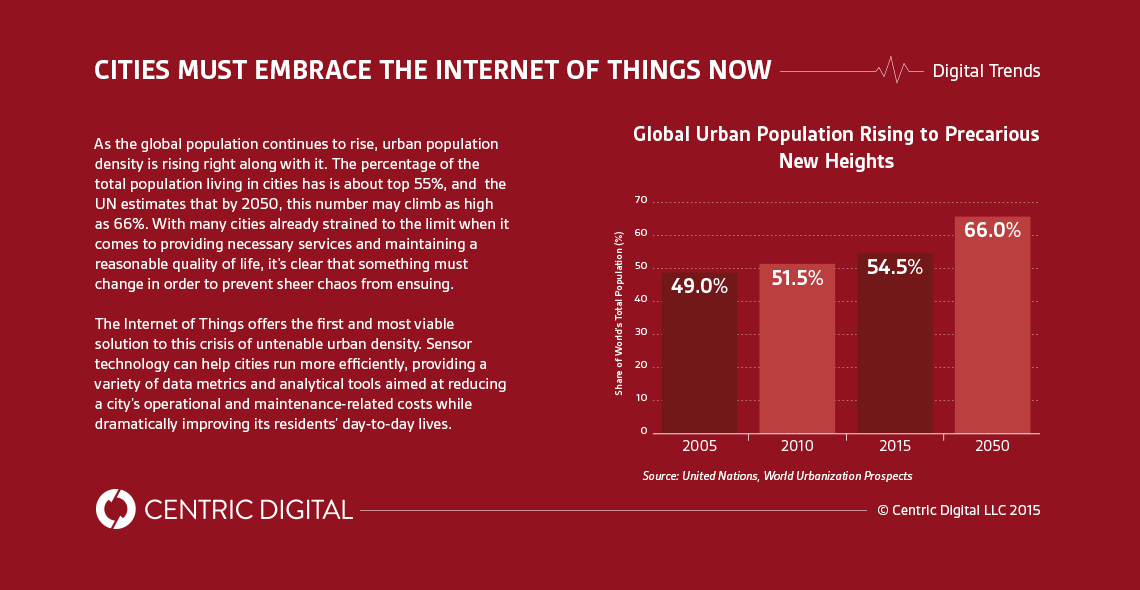 As cities across the globe continue to struggle with issues related to skyrocketing populations, they should pay close attention to what Intel is doing in Dublin.

Before construction has been completed, most new housing developments feature a model home to showcase the living space and amenities that potential buyers can expect when they move in.

And although they often feature cardboard appliances and plastic fruit, this model has proven effective against over-investing, allowing for guaranteed fiscal solvency before sinking too much capital into an undesirable project.

Last year, Intel announced its plan to invest $5 billion into making Dublin the world’s most densely sensored and Internet-connected city on the planet, effectively copying this old-fashioned model in using the Irish capital as a real-world advertisement for the Internet of Things’ implementation in urban centers.

But you won’t find any plastic fruit or cardboard in this smart city “model”; rather, you’ll come across a dizzying array of sensors monitoring everything from air quality to noise levels, and all of this data will be open and available to citizens and project stakeholders alike.

This project isn’t just a way for Intel to flex the muscles of its Quark processor-based sensor technologies in order to attract investors, according to according to Silicon Republic; it’s a real-time, interactive research project designed to give developers a better understanding of the infrastructure they’re creating as it’s being built.

The project also incorporates (and depends on) citizen participation, which will provide Intel with valuable feedback and allow Dubliners to have a say in how their new smart city evolves.

The open data will also enable third-party developers to come in and create the apps and interactive platforms through which the city communicates with its inhabitants.

In addition to making the city operate more efficiently, many expect Dublin’s sea of sensors to improve the lives of its citizens on a day-to-day level. This could include anything from finding environmentally friendly bike routes for the morning commute to a quiet place for an afternoon picnic with the family.

Intel’s project comes at a time when city living is at an all-time high. According to the UN, over 54% of the world’s population currently resides in urban environments, and that number is expected to surge to nearly 70% by 2050.

As urban population density continues to swell, cities need to come up with a more cost-effective infrastructure in order to survive.

The bottom line is that sensor technologies stand to make our cities safer, more economically viable, and all-around better places to live. And considering the fact that our cities are more crowded than ever, implementing tools designed to alleviate problems like traffic, pollution, and noise sounds like the idea our world has been waiting for.

In a press release last year, Intel President Renee James said that she hoped the project would “serve as a global reference for how these technologies might transform cities.” Dublin is providing the rest of the world with a risk-free glimpse of a better tomorrow. It’s high time that major cities stop window shopping and start making smart investments in their futures.