↓ Skip to Main Content
Home › Posts from feeds › What Chief Digital Officers can learn from the Digital and Data Revolution in the U.K.

What Chief Digital Officers can learn from the Digital and Data Revolution in the U.K.

Created automatically from RSS feedPosted on August 27, 2015 Posted in Posts from feeds
This post was created automatically via an RSS feed and was originally published at http://cdoclub.com/what-chief-digital-officers-can-learn-from-the-digital-and-data-revolution-in-the-u-k/?utm_source=rss&utm_medium=rss&utm_campaign=what-chief-digital-officers-can-learn-from-the-digital-and-data-revolution-in-the-u-k 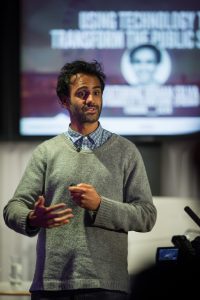 As a senior policy adviser to Prime Minister David Cameron from 2010 to 2013, Silva helped spearhead the open data revolution in the United Kingdom’s government.

“The good thing about being away from government is that, for starters, you can say what you want,” Silva explained at a keynote presented at the inaugural U.K. CDO Summit, held at the BBC in London, England, on October 29, 2014.

“Also, it gives you a chance to distill and to think about how certain things happen.”

No data — and no one cared

When Silva entered the government on the heels of Cameron’s 2010 victory, the state of digital and data services in the U.K. was “horrific,” as he assessed it.

“Before 2010, you couldn’t see where government spent your money. You couldn’t see line by line every government contract. You couldn’t enter your post code and see what crimes were committed in your neighborhood down to a street level,” he said, listing services that are now all publicly available on gov.uk websites.

“It was all locked up inside government, and I think that’s a terrible thing — that all that data, your data, was locked away,” he said.

The spark for change didn’t come from an entrepreneur in the tech sector, but rather from a conservative politician. Baroness Sheila Noakes emailed Silva about legislation passed by then-Senators Barack Obama and Tom Coburn in the U.S. that would publicly list tax expenditures over $50,000.

“It’s incredibly important to be open to ideas, wherever they come from,” commented Silva. Public support for such legislation in the U.K., however, was far from enthusiastic.

“The truth is that no one gave a crap. We couldn’t get any media coverage,” he lamented. “We were trying to say there was this great revolution. It was going to change government and make government more responsible. No one cared.” 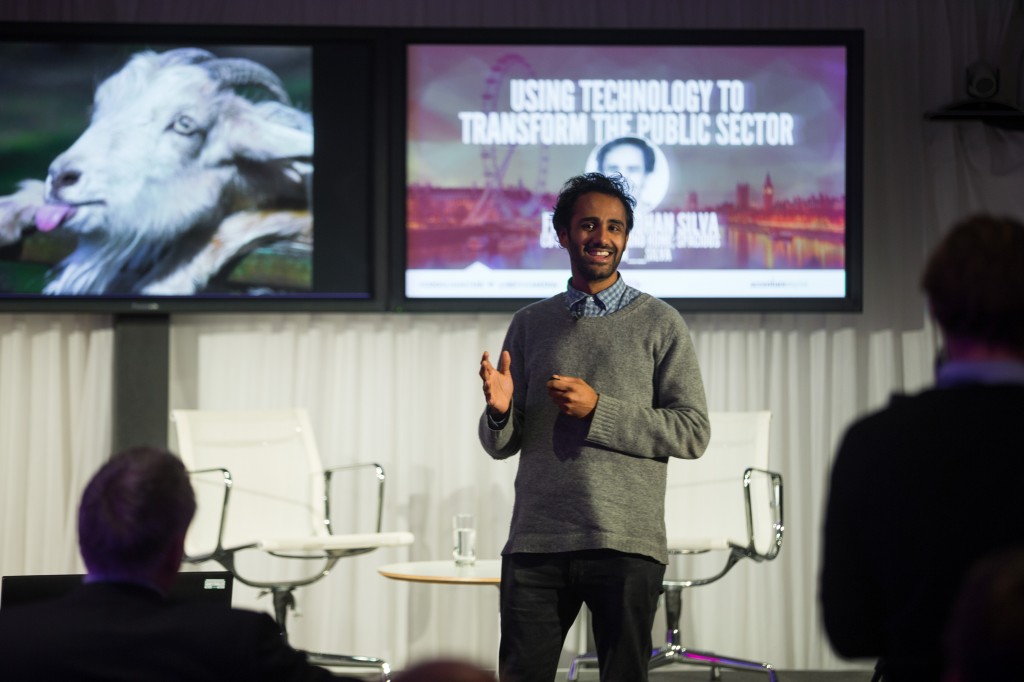 In 2009 a U.K. parliamentary expenses scandal hit. In spite of attempts at censorship, expense claims made by Members of Parliament (MPs) were leaked to the media, resulting in a massive public backlash. Abusive expenditures of tax money infamously included a £1,645 duck island.

“For the first time, suddenly the media, and us to an extent, started to see the dynamic impact of transparency and open data,” Silva said. “Suddenly, people started to get it.”

From the start, the Civil Service was opposed to open data. First, Silva was told transparency would cost “hundreds of millions of pounds” to implement.

He turned to Liam Maxwell, then a councillor representing Windsor (today he is Chief Technology Officer for the U.K. government). In two hours Maxwell made Windsor Council the first council in the country to make its spending transparent. The process didn’t cost a single pound.

Silva took the results back to the Civil Service and informed his counterparts, “Unless the guys in Windsor are a lot smarter than you, you’re almost certainly wrong about hundreds of millions of pounds.” 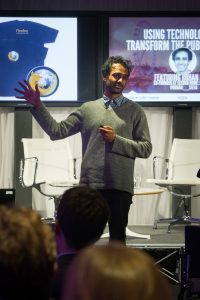 With the backing of Cameron, Silva sent out a letter listing the data sets he would like to see published. Again, he received pushback.

“Civil Service kept writing this strange sentence into this letter, and this sentence said: ‘No data should be published unless the Civil Service is happy with the accuracy of the data,’” Silva explained.

When he asked why, they responded that if the data isn’t 100% accurate, it could embarrass the Civil Service.

“You deserve to be embarrassed if the data are inaccurate!” he responded.

“By the way, the way the data are cleaned up is by releasing it. By letting people spot the errors and feedback.

As he told the CDO Summit attendees, in relaying this story, “The scary thing is government decisions are often made on pretty poor data.”

Today there are over 20,000 data sets on data.gov.uk, including crime maps and spending data on every expenditure over £500.

The data has even been used by private businesses and has resulted in the creation of literally thousands of apps, like Citymapper. “We hoped that the data would enable companies to be built and social enterprises and innovations to be built,” Silva related.

View the video below:

Before 2010, the U.K. government was spending £25 billion per year on IT — more per head than any other country on earth.

And 70% of that spending went to only seven companies.

“There was something deeply broken in all of this, deeply horrific,” Silva said. “This is the opposite of openness, the opposite of the kind of exponential benefits and savings that technology’s supposed to deliver.”

A key part of the problem, he found, was vendor lock-in. At the time, the U.K. government would sign massive, 10-year IT contracts. Even at the end of those contracts, the government would be forced to re-sign with the same companies, because only they knew how to use and fix their own propriety technologies.

Change came swiftly. The beta version of gov.uk was built for less than the traditional procurement process would cost, not even mentioning the cost of a traditional 8- or 10-year contract. The website won the Design Museum Design of the Year Award for 2013, an accolade almost unheard of for a government website.

“That’s a great reflection of the change that’s being delivered,” Silva said. 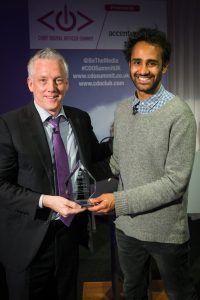 Silva credits the success of the government’s open data and digital services initiatives to the support of several officials, including current First Secretary of State George Osborne (Silva noted that Osborne sometimes arrived at the office in a Mozilla Firefox T-shirt) and Francis Maude, who founded the Government Digital Service.

Maude was so inspired by what Silva was doing, he even told Silva he wasn’t being radical enough.

“When you see people around you internalize and then become even more zealous, that’s an amazing feeling,” Silva asserted.

However, just as bringing open data to the Civil Service was met with opposition, so was the government’s attempts to reform both IT and digital services.

When Silva planned to deliver a speech expressing the government’s commitment to achieving open standards, capping the size of IT contracts, and leveling the playing field for open source software, he received a number of unnerving phone calls. Several MPs contacted his office, complaining that Microsoft had threatened to close R&D centers in their districts if he went ahead with the speech.

“That moment when the vested interests — it might be a department or a team or someone who’s been with you for a very long time — stands up and opposes what you know to be the right course of action,” Silva claimed, is when you find “the easiest thing is to step back down. And that’s why, of course, change doesn’t happen as often and as quickly as we’d like.”

The speech went ahead as planned.

“This idea that being open to ideas — this idea of leadership and bravery — I hope is common, whether you’re working at a cool digital design agency, or working for some of the biggest companies in the world,” he concluded. “Believe in the incredible power of the digital age to make our organizations more responsive, to drive down costs, and ultimately to innovate and improve people’s lives — if we keep being open and we keep being brave.” 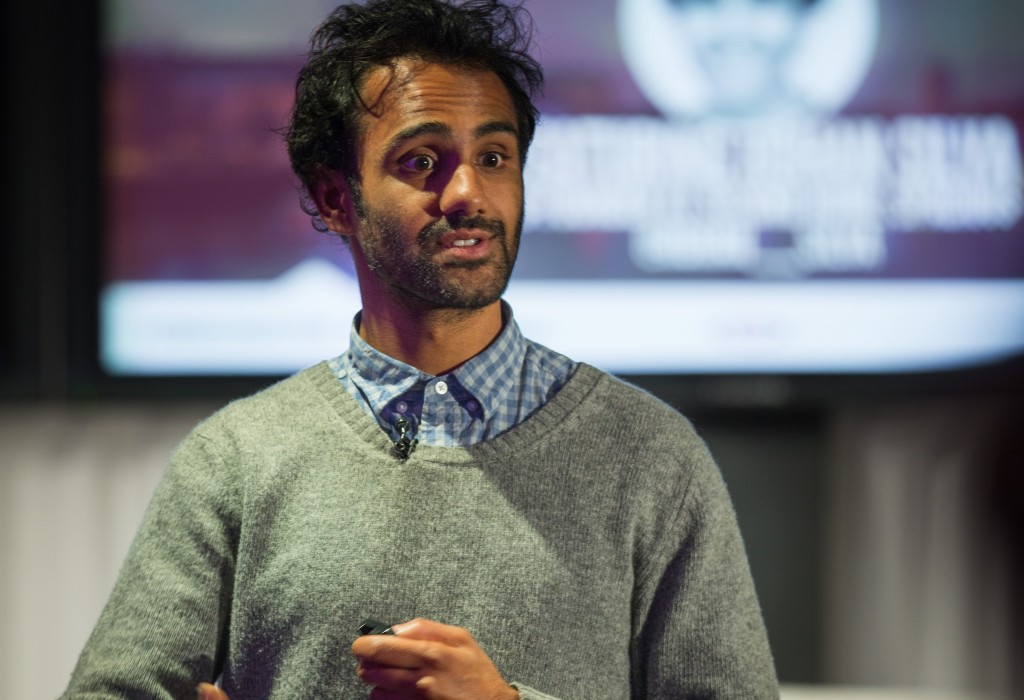 If you are tasked with understanding what digital leaders must do in order to succeed in almost any industry, the best place to learn more is at the CDO Summit.

ForgeRock serves hundreds of brands like Morningstar, Vodafone, GEICO, TomTom, and Pearson, as well as governments like Norway, Canada, and Belgium, among many others.

The CDO Summit is the “must-attend” digital event of the year. The 2013 and 2014 CDO Summits received stellar endorsements from dozens of speakers and attendees alike: