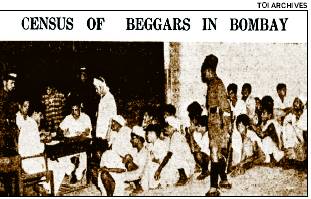 This post is the first post in our Decoding Open Data series. The foundation of this series is our slideshare, which examines the open dataset and provides key insights and analytics about the 2011 Census.

The Indian Census is one of the largest administrative exercises in the world. By sending a team of 21 lakh enumerators to visit every single household, the Census creates a comprehensive profile of the country. The resulting dataset is the biggest source of primary data on demography, economic activity, literacy, education, housing, fertility, mortality, and more, which can be used to drive better decisions and policies at all levels.

History of the Census

The Census Before Independence Photo from 1871 article about the Census

The first Indian census occurred in 1871 under the British Raj.

Regional enumerations had previously happened in every administrative area except the Bengal Province. This started with the 1865 Census of the North-West Provinces, which is sometimes referred as the first proper census of India. However, these exercises were usually fragmented and unsystematic.

The 1871 Census was the first attempt to measure, for all of India, the age, caste, religion, occupation, education and infirmities of each person. However, Berar, Oude and the Punjab were purposefully left out. Officials thought it was unnecessary to spend the money in those areas, since they had been measured recently though regional censuses.

The creation of the Census was driven mainly by the British emphasis on administration, rather than a genuine desire to uncover the characteristics of India’s population. In fact, the first Census in 1871 was partially a reaction to the 1857 Rebellion. The rebellion had posed a serious challenge to British rule, so the Raj prioritized administration and governance as a means to stability after 1857.

The next eight censuses were characterised by mistrust and confusion. Various rumors spread through the Indian population — that the censuses were meant to help the British introduce new taxes, convert the population to Christianity, create a register for military or labour recruitment, or document forced migration. Violence occurred, though this was more common in places where tensions were already high. Some enumerators even recounted being attacked by tigers.

Despite these difficulties, the pre-independence censuses measured outcomes that proved startling to British administrators.

For example, the 1871 census found a population of 67 million in Bengal, far different from the 42 million people that administrators had previously expected.

The Lieutenant Governor was shocked to find that he had unconsciously been the ruler of an additional population greater than that of England and Wales (at the time).

However, the data from these exercises were ultimately more fiction than fact. The Journal of the Statistical Society of London said that the data was “for the most part conjectural”. It highlighted the data on religion, saying that those figures were “not altogether reliable”.

The 1931 Census is often considered the last British-run enumeration in India, since the 1941 Census was severely curtailed by World War II. The 1941 Census was limited to the creation of only three or four tables, and even these basic tables were said to defy coherent interpretation at the state or national level.

The Census After Independence

After Independence, the census was guaranteed through the Census of India Act 1948, which lays down the rules and regulations on conducting the national census. The Act also makes it obligatory for the public to answer all census questions faithfully, while guaranteeing the confidentiality of those answers.

The 1951 Census was the first census held under an independent India, and the ninth overall. It recorded India’s population as 361 million people, with 83% of the population living in rural areas. 1961 marked the first time that people were asked about their mother tongue.

Since the Census recorded exactly what an individual said, the list of mother tongues mixed names of languages with dialects, sub-dialects, dialect clusters, castes, professions, religions, regions, countries, nationalities, localities, and unspecific answers like “African”. Since 1961, the process of counting mother tongues has been improved and standardized, with only 234 mother tongues listed in the 2001 results.

Use of Census Data

Since Independence, the census data has been used by many people and organizations for many purposes. The government uses the data for administration, planning, making policies, and managing and evaluating various public programmes. It is also used to demarcate constituencies and allocate representative to Parliament, state legislative assemblies, and local bodies.

As Shri Govind Ballabh Pant said, “These days you cannot take up any serious administrative, economic or social work without referring to the Census Report, which is an essential part of every enquiry of every study. Even for the solution of minor problems, you often have to consult the Census Reports.”

The post We Bet You Don’t Know Why the Indian Census Was Created appeared first on SocialCops Blog.