The woman helping Britain to make better decisions with data 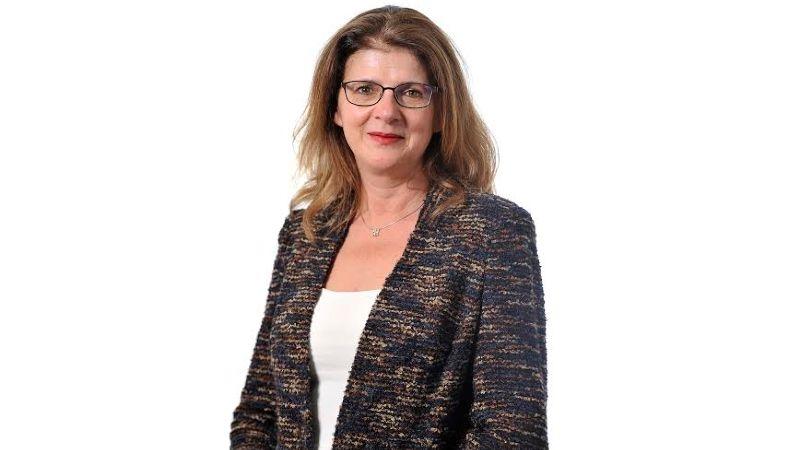 Wherever you look, organisations are trying to get to grips with data. Be it big data, open data, metadata, data science, working out how to collect it, store it, protect it, analyse it – it’s an increasingly important topic.

And it’s one Heather Savory knows far more than most about.

Savory’s job is to improve data capability both within the ONS and across Whitehall plus oversee their tech, business and digital services, a role she took on in April.

She does not have your typical civil service CV, despite having been at the centre of Whitehall for a decade. In fact, she has worked in engineering, digital or data in some guise for her entire career.

‘I’d play with Meccano over a Barbie doll’

Savory traces this back to her decision to take GCSEs (then O-levels) in physics, chemistry, biology and languages rather than humanities, “one of the key educational decisions that affected my career”.

“I’ve always been fascinated by how things work from a very early age. I was always more likely to play with Meccano than a Barbie doll,” she says.

If there are disappointing numbers of women in tech and science now, there certainly were when Savory was studying. “I was the only girl at my school to do applied maths and physics,” she says.

No surprise then, that engineering was her degree choice: graduating from Loughborough University in 1985.

During her university course Savory took a year out and went to work “hands on, on the shop floor” for Marconi Avionics – on a huge military contract for the Nimrod RAF aircraft, “everything from welding to working in procurement”.

“It was a very ‘real world’ environment – working in a big hanger with loads of guys building airplanes,” she says.

After graduating Savory then did a stint at the General Electric Company’s Hirst Research Centre, designing semiconductors.

Though she “fell into it”, it turned out to be a fortuitous move. Savory stayed in the world of chips and semiconductors for the next decade.

In that time she helped to design communications systems for air traffic control and custom semiconductors for clients like IBM, Xerox, AT&T and Toshiba.

Most significantly of all, she helped to pioneer the first single chip, 3D-capable graphics device at 3D Labs, a company which was eventually sold to Intel in 2012.

Savory says this was the most memorable role of her career so far and provided its proudest moment – both for her and on behalf of her team.

“We took a very complex graphics chip into production. The first samples were sent to us, we soldered a chip onto the PCB, powered up the system and the whole thing booted first time. That took some doing. It was fundamental to our success, if that hadn’t worked then we would have been in a very difficult position as a business,” she explains.

“It was a very exciting chapter of my career. I worked there for nine years and we really were pioneers in our field. We floated on NASDAQ in 1996 – that was great. I enjoyed the whole experience and learnt everything very much by the seat of my pants,” she adds.

‘I wanted to do something worthwhile’

Savory then took the unusual step of taking a “late gap year” – backpacking to Australia, New Zealand and other countries – but jumped straight back into it when she returned.

She worked as a consultant for five years: doing technical due diligence for VCs, working on mergers and acquisitions plus intellectual property licensing, all the while studying for an MBA at London Business School, which she gained in 2004.

Savory says it was during this time she “became interested in the public sector. Basically in how government works, what make society tick – how do the street lights get lit?”

She ascribes her then-newfound interest in the public sector to her mentor Andrew Likierman, then Head of the Government Accountancy Service in HM Treasury.

Savory says she decided she “wanted to do something worthwhile and put something back into society”.

Hence her decision to move to the Office of Government Commerce, a now-defunct part of HM Treasury focused on procurement, in 2005. Savory helped come up with the measurement and reporting framework for the Gershon review, a study into public sector efficiency.

Savory admits it was “a challenge” to go from a startup to the centre of Whitehall thanks to the “very, very different culture”. However it is one she clearly enjoyed as she then went on to work at the Department for Business, Innovation and Skills for three years.

She worked on cutting back on ‘red tape’, including helping to introduce the ‘One-in, One-out’ Rule for new regulations under the new coalition government in 2010.

Although data was a crucial part of both government jobs – which focused on metrics, statistics and measurement – it wasn’t until 2012 that Savory made it central to her work: as chair of the Open Data User Group, an advisory body to ministers.

“My role was to act as a bridge between innovative data companies wanting to make use of data and the heart of government, trying to influence the release of more open data,” she says.

Crucially, it gave Savory an in-depth understanding of the UK government data landscape – something that gave her the drive to apply for the job she does now.

“I saw the role advertised – Director General for Data Capability – and I thought ‘that is something I have got to go and do’ as it’s such an important issue,” she says.

Her time is split between the ONS office in Pimlico; its headquarters in Newport, Wales; and offices in Titchfield, near Southampton – much of it spent in meetings with internal directors or staff and officials across Whitehall.

Savory is evidently impressed with the ONS – she cites its independence from the rest of government, the dedication of the staff, the skills plus its ‘world class’ statistical outputs and analysis.

However she admits: “We need to modernise. That’s what I’m here to do: improve our systems, our tech, change the way people work, improve capability – and oversee digital transformation.”

Savory has a straightforward mission statement. “The opportunity is to improve the way we work here at ONS – but also to help ensure we make better use of data across government,” she says.

“That means better policy decisions, better systems and online services, better value for the public purse and better growth for the UK economy. This job is ultimate,” she adds.

Just six months into the job, it’s clear Savory means business – not just promoting better use of data within the ONS itself, but across the whole of Whitehall.

With the chancellor’s spending review just a week away and data set to become an ever-increasingly important topic in government, watch this space.

This post was created automatically via an RSS feed and was originally published athttp://www.computerworlduk.com/data/woman-helping-britain-make-better-decisions-with-data-3629669/