↓ Skip to Main Content
Home › Benefits of open data › The Second Digital Government Must, Part I: Open Technology in Government 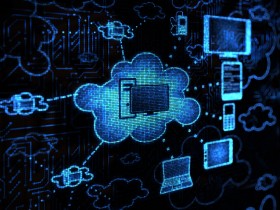 The Second Digital Government Must, Part I: Open Technology in Government

Created automatically from RSS feedPosted on August 6, 2015 Posted in Benefits of open data, Posts from feeds, Smart communities
This post was created automatically via an RSS feed and was originally published at http://feedproxy.google.com/~r/acquiacomblog/~3/GFNrpJF2bjI/second-digital-government-must-part-i-open-technology-government

In my last post I discussed Digital Cloud – the first “Must” of the new Digital Experience Government. I explained how by leveraging a true digital cloud platform, organizations gain tremendous freedom to focus resources away from operations and maintenance, and onto innovation, mission fulfillment, and serving their end users. In this post, I’ll explore the second “Must,” Open Technology.

If Digital Cloud is the well-staffed garage I alluded to in my last post, then Open Technology is your dream vehicle in that garage – safe, fast, efficient, maintainable, and customized just how you like it.

Open Technology as a term encapsulates a few different things – source code as well as technical approaches and organizational structures. I’m going to focus on Open Source Software, but will touch on communities, architecture, and open data as well.

According to the Open Source Initiative:

Because anyone can contribute to OSS, innovation is rewarded. I like the analogy of sharing a favorite recipe among friends. You can have the freedom to follow Grandma Charlotte’s kugel recipe to the letter, but you can also adapt and improve the recipe before passing it along to your friends. These kinds of adaptations serve the common good. The best variations will naturally dominate.

Compare this approach to proprietary, closed-source software where the code and roadmap are controlled by a single organization. You wouldn’t have learned about that kugel recipe from your Grandma. You paid for it from a vendor, and they own the rights to it. You can’t change it, or share it. It’s someone else’s property. If there is a problem with it, you can’t just make the change yourself, because the ingredients are the vendor’s own proprietary items as well. You have to request an update from the vendor. They may get around to it if enough people ask, or they may not. It’s possible that a key ingredient may no longer be available. Then your recipe is useless, or you pay a premium to source that ingredient.

Trust Grandma and your friends.

OSS projects come in all shapes and sizes. Linux, Apache, and Drupal are some of the largest and most successful communities. Drupal (which Acquia works with, invests in, and supports), currently has over 95,000 active contributors, over 35,000 contributed projects, and over 1 million registered community members.

The common themes that make OSS communities like Drupal so successful are diversity, transparency, openness, and collaboration. Linus Torvalds, the Linux community lead, compares good OSS to scientific communities in a 2006 interview with CNN (no offense to witches or alchemists intended…):

I often compare open source to science. To where science took this whole notion of developing ideas in the open and improving on other peoples’ ideas and making it into what science is today and the incredible advances that we have had. And I compare that to witchcraft and alchemy, where openness was something you didn’t do.

Diverse communities, whether we are talking about forests or open source projects, are more robust, adaptable, resilient, and secure. Elinor Ostrum, who shared the 2009 Nobel Prize in Economics, is most well known for her study of governance and natural resource management. In her essay, Diversity and Resilience of Social-Ecological Systems (from the book Complexity Theory for a Sustainable Future), Ostrum explained how sustaining diversity is important for increasing a complex system’s capacity to cope with change, reduces sensitivity to loss of specific elements, and enhances human well-being.

When successful managerial methods for supporting diversity avoid the trap of letting one solution dominate, and provide a richer experience and knowledge base… diversity in general increase the capacity of systems to tolerate disturbance, learn and change. This capacity will be one of the most crucial assets of societies in the coming times of rapid global change.

Over the last 10 years, government adoption of open source software has skyrocketed. As an example, Drupal now powers nearly 34% of all US government websites (Web Technology Usage Report for United States Government, W3Techs). The Australian federal government has decided to standardize on Drupal through their govCMS initiative. In governments around the world, “open by default” is becoming policy and mandate.

The United Kingdom mandates a preference for open source software in government:

Where appropriate, government will procure open source solutions. When used in conjunction with compulsory open standards, open source presents significant opportunities for the design and delivery of interoperable solutions.

India has followed suit and has gone so far as to require procurements to include open source:

And here in the USA, through the work of the Obama administration and establishment of Digital Services teams such as 18F and USDS, open source is recommended as a part of several memorandums and policies, including the the CIO Playbook, a series of 13 best practices to help government build effective digital services.

Now that we’ve explored open technologies and the different ways that government can use them, we’ll explore why OSS matters to government, and how to use it successfully. Check back next week for the next post in this series.