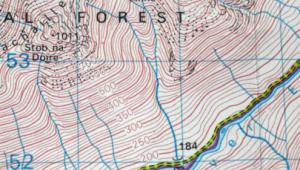 The Price of Being on the Map

Created automatically from RSS feedPosted on February 6, 2015 Posted in Benefits of open data, Commercial opportunities, Informing Decision-making, Innovation, Posts from feeds
This post was created automatically via an RSS feed and was originally published at https://21cleaders.wordpress.com/2015/02/06/the-price-of-being-on-the-map/ The UK Open Data scene is thriving. The latest ratings of the Open Data Barometer show the UK once again topping the global rankings for release of key datasets and green shoots are appearing at the local level thanks in part to the highly successful ‘Local Open Data Incentive Scheme’ scheme operated by LGA and strong compliance with the INSPIRE directive. Despite this success, Local Authorities in the UK are still restricted by one very big problem: Geographic references.

The problems of geographic referencing came to the fore at a recent workshop held by 21c’s Open Data Team at the British Standards Institute in London. The event gathered together a collection of local government administrators with central government, private sector and standards bodies to debate the main challenges facing the UK’s efforts to promote further release of Local Open Data. (The report of the programme can be downloaded from the 21c Website here).

The Local Authorities in the room echoed a message we have heard from many of our clients through the Citadel on the Move programme: Ordnance Survey won’t let us publish Open Data with geographic references.

The restriction on geographic data stems back to the early days of computerised data. Ordnance Survey, the mapping specialists who have for centuries held the most up-to-date information on the UK’s geography, were the natural providers of the geographic scheme necessary to put locations of data. Everything from public toilets to cafes to planning applications needs a geographic reference (either as an address, Northings/Eastings or latitude/longitude). Ordnance Survey was compelled to provide this data free of charge to local government but because, at that time, little was understood about the value of Open Data, the Local Authorities were precluded from releasing this information to the public. The prohibition of release was designed to protect Ordnance Survey’s business selling data direct to private companies. However, the result has been that Local Authorities remain confused about how to navigate the murky waters of the OS licence agreement when they come to release data.

We know from speaking with more than 30 UK authorities that this confusion over license conditions only ever ends one way: Better safe than sorry. In rare cases, data-savvy administrators have navigated the minefield successfully but for those without the time and skills to implement workarounds, the result has been fewer Open Data sets. What is more, we know from the example of sister agency The Land Registry that selling their data proved to be more expensive in staff time than the revenues it generated. Open Data would be cheaper and would bring significant benefits to the Local Governments seeking clarity on the legal status of location data.