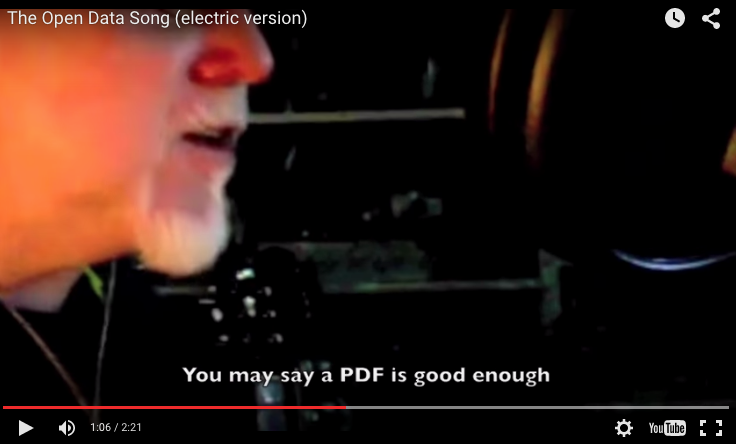 Not to mention the new short film, “Open.” Great great stuff. Script and lyrics especially. My favorite from the song?

You may say a pdf is good enough

If they don’t like it well that’s just tough

But that’s not open

The Film (about seven minutes)

In a post on the Sunlight Foundation’s website, you can find information about the team behind the film:

The song is brought to us by Keith McDonald and Sheryl’s Crush.