The future will be built on open data – here’s why 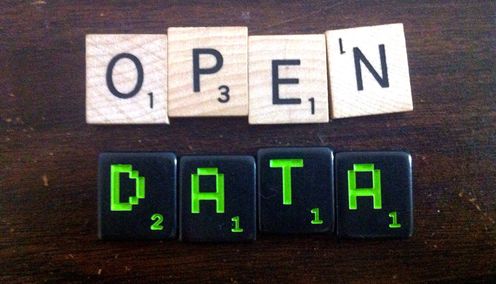 Data has the power to revolutionise and disrupt the way societies are governed. None more so than open data, which is free to access, free to use and can be shared by anyone. It’s non-personal and can be used to identify and predict large-scale trends and behaviours. This is as opposed to closed data that is restricted to internal use by an organisation.

Many organisations are now seeing the benefits of open data. The European Union Open Data Portal, the British government’s efforts under the banner of Opening up Government, and the Global Open Data Index are three examples of initiatives that bring together and make available large amounts of data about industry, health, education, and employment among other fields.

Others focus on improving transparency, for example where UK taxpayers’ taxes are spent, or how farm subsidies are spent across Europe. There are also organisations, such as the Open Society, that call for greater transparency in order to hold government to account.

So the availability of open data creates opportunities for all kinds of organisations, government agencies and not-for-profits to come up with new ways of addressing society’s problems. These include predictive healthcare, and planning and improving London’s public transport system.

In fact, Transport for London was one of the first public bodies to put open data to use to create new applications. More than 5,000 developers have registered to use its data, distributed through 30 feeds. This includes journey planning, disruptions, arrival and departure predictions, timetables, routes and fares. Collaborations with developers have led to the popular app, Citymapper, and accessible apps such as the Colourblind Tube Map.

Data and where it comes from: closed, shared, and open models.
ODI, CC BY-SA

Collaborations between multiple partners can help convert open data from insight into action. However, it requires data providers, data users and data developers to come together for a common goal as is the case with Future City Glasgow.

In 2013 Glasgow City Council won £24m in funding from Innovate UK to identify ways of using technology and data to make life in the city safer, smarter and more sustainable. This was based on making large amounts of non-sensitive and non-personal data from various providers openly accessible online. Using this data, developers create new applications that organisations and individuals alike can use.

Currently more than 370 open datasets are available that map the activities of the city, including travel, demographic, education, energy, health and safety data. This is cross-referenced with real-time data from CCTV, traffic management, Police Scotland, community enforcement and emergency services. Anyone visiting or living in the city has access to a personalised dashboard with real-time updates and information that can help them navigate the city. More cities throughout the UK are now putting technology in place to take advantage of open data.

To really make open data initiatives like this work it’s vital that those behind them get buy-in from the public – in order to share their data, and to gain their trust that it will be securely held and properly anonymised where necessary. Security is a major challenge due to cyber-attacks and data breaches.

The future of open data is a collaborative process with the aim of providing civic benefits. Organisations need to share their data and work together to create novel uses for it that make our lives easier or richer. Using data that describes the patterns behind how we live can help us solve problems in ways we might not have foreseen.

Take the city of Louisville, Kentucky, in the US. Louisville is among the worst cities for those with asthma. The AIR Louisville project is trying to change that by bringing together health management company, Propeller Health, the Institute for Healthy Air, Water and Soil and the City of Louisville’s public health department. The solution is a smart inhaler that tracks when, where and how often residents of Louisville experience asthma symptoms. Combined with real-time traffic and weather data, this information can help doctors and public officials track down problem areas and trigger points, and start to take steps to improve air quality in identified areas.

In all these cases, the way to fast-forward innovation and create new solutions to problems is to create open data partnerships with participants who are willing to share and collaborate on new disruptive initiatives. Many of these initiatives have already proven to bring benefits to people, government and businesses. It is a new era of increased transparency and democracy where data is no longer in the hands of only commercial organisations. Using open data presents opportunities for commerce, while also improving communities and everyday living for citizens.

The authors do not work for, consult, own shares in or receive funding from any company or organization that would benefit from this article, and has disclosed no relevant affiliations beyond the academic appointment above.