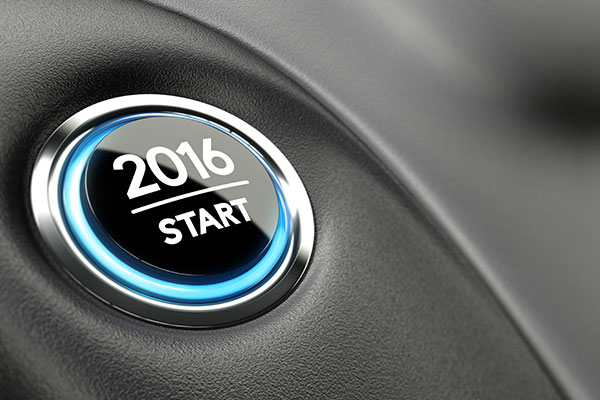 The Data Briefing: 2016 Trends That Could Affect Federal Government Data

Many IT pundits predict 2016 will be a major tipping point in data and related technologies. Here are just a few predictions: 2) Embedded Intelligence—As computer chips become more powerful and smaller, it is easier to embed microchips into everyday devices. Think of the wearables that people have to monitor their physical fitness goals. Not only will embedded intelligence devices produce data, but the devices will also consume great quantities of data.

3) Machine Learning—Just recently, scientists developed an algorithm that allowed a computer to learn as fast as a human. As the ability to produce data has grown much faster than the ability to analyze the data, gaining insights from the big datasets may require humans working with intelligent algorithms. 5) Bring Your Analysis—More products are being created so that the average business user can perform their data analysis through drag-and-drops and guided assistants. This has the effect of limiting the number of skilled data analysts needed for an organization while increasing the use of evidence-based decision making.

Each of the above predictions has major ramifications for federal government data. As a major consumer of data and data technologies, federal workers will experience new ways of performing their work and new ways of interacting with citizens. For example, the sensor networks of the Internet of Things may be used by federal workers to act in anticipation of a predicted event. Possibly, fight a forest fire as it becomes detected by the sensor network and before it can grow into a major conflagration.

The federal government is also a major producer of data. As I wrote about in previous columns, many businesses have been created using federal government data and data services. Thanks to research programs by the Defense Advanced Research Projects Agency, the National Aeronautics and Space Administration, and the National Science Foundation, there have been great advances in machine learning, data analysis, and other data technologies. These are being used now to create the new companies of tomorrow that will further the data revolution.

It is virtually impossible to predict precise future events. However, it is possible (and probably more useful) to devise scenarios about the future. As the five trends above demonstrate, there is great potential in current data technologies to change the federal government and the American Society.

Each week, The Data Briefing showcases the latest federal data news and trends.

Dr. William Brantley is the Training Administrator for the U.S. Patent and Trademark Office’s Global Intellectual Property Academy. You can find out more about his personal work in open data, analytics, and related topics at BillBrantley.com. All opinions are his own and do not reflect the opinions of the USPTO or GSA.