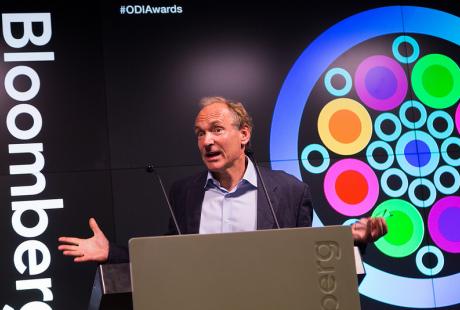 Created automatically from RSS feedPosted on July 10, 2015 Posted in Benefits of open data, Commercial opportunities, Greater efficiency, Informing Decision-making, Innovation, Posts from feeds, Public Health, Public safety, Saving money, Transparency
This post was created automatically via an RSS feed and was originally published at http://www.information-age.com/technology/information-management/123459810/sir-tim-berners-lee-reveals-worlds-most-influential-open-data-leaders
The inventor of the World Wide Web is now determined to change the world by encouraging organisations to open up data for public use 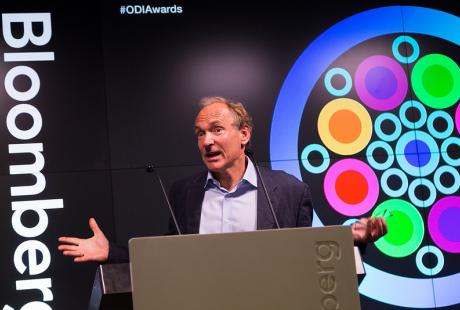 The computer scientist founded the Open Data Institute (ODI) in 2012 with Sir Nigel Shadbolt to champion the free exchange of information around the world.

Last night saw the ODI celebrate its second annual Open Data Awards, as 300 delegates convened at Bloomberg London to learn who had made the most impact through open data.

>See also: How open data is transforming the business landscape

From Kenya, Uruguay and Indonesia, to Brussels, Italy, and Ukraine, the ODI received over 500 nominations this year – more than double that of 2014 – reflecting growth across every sector, including industries such as pharmaceuticals, large corporations and finance.

Gavin Starks, CEO at the ODI, congratulated the award winners for their achievements.

“The culture and skills that have developed over the past 25 years of the web have created a generation of network thinkers – people who see and make connections without boundaries to solve problems,” he said.” I see this set of open data leaders as inspirational to our emerging generation of open innovators: Generation Open.”

When we launched OpenCorporates we had a vision for an open database with tens of millions of companies from all over the world,” said Hera Hussain of OpenCorporates. “We’re now in sight of 100 million companies, used regularly by journalists, investigators, governments, even banks. This is a testament not just to the power of OpenCorporates, but of open data itself.”

“Malaria is one of the most deadly diseases we face, and one that particularly targets small children in Africa and Asia,” said MMV’s chief scientific officer Timothy Wells. “This award reinforces the value that the community as a whole places on our efforts to maintain as much openness and transparency as possible.

“We hope it will catalyse new relationships and partnerships to help us keep transforming the landscape of drug discovery for neglected disease.”

BudgIT is promoting widespread understanding of spending and budgets in Nigerian government through a breakdown of government spending in its portal, whilst also working with citizens to provide further datasets in public demand.

“This is another testament to our idea of ensuring that citizens have equal access to public finance information regardless of their literacy skills or level of interest in governance,” said co-founder Oluseun Onigbinde. “We are glad to be recognised by the ODI and commit ourselves to ensure data transparency and citizen literacy beyond Nigeria and across Africa.”

Mo McRoberts, chief technical architect at the BBC, has influenced open data integration into the BBC’s portfolio of work. He not only developed an open data platform for the BBC, but best-practices and policies for open data across the entire broadcast industry.

“There’s an awful lot of work still to do before we can really realise the potential of open data at a large scale,” he said, “and I really want to see what happens when that time comes.”

“We are entering a new period for open data where supply will broaden out to include other city data partners like utilities and our power to exploit it will increase significantly,” said Andrew Collinge, assistant director at Greater London Authority.

“We are committed to pushing forward the London open data agenda, as well as supporting standards and capacity building. This way, we stand the best possible chance of changing lives and making a difference to the way London is run.”