Created automatically from RSS feedPosted on July 10, 2015 Posted in Benefits of open data, Informing Decision-making, Posts from feeds, Public Health, Smart communities, Transparency
This post was created automatically via an RSS feed and was originally published at http://blog.swirrl.com/articles/scottish-statistics-beta

We’re happy to say that the new Scottish Statistics website is now publicly available! Currently in beta, it’ll eventually be the official home of Scottish Statistics on the web, replacing the existing Scottish Neighbourhood Statistics. It is our largest site (by data volumes) so far with over 1 billion facts being published to a 5 star standard through our PublishMyData service.

The data comes from the Scottish Government, National Records of Scotland and NHS Scotland’s Public Health and Intelligence.

One of the most important things to us was to get it all to work reliably and quickly whilst still allowing statisticans to regularly update their data. Based on our open-source Grafter framework, we have developed a way of uploading, transforming and linking data from spreadsheets uploaded by users through the PublishMyData admin panel. Combined with a drafting workflow, this makes publishing 5-star data on the site sustainable and also ensures that the data you see as a user is current and correct. 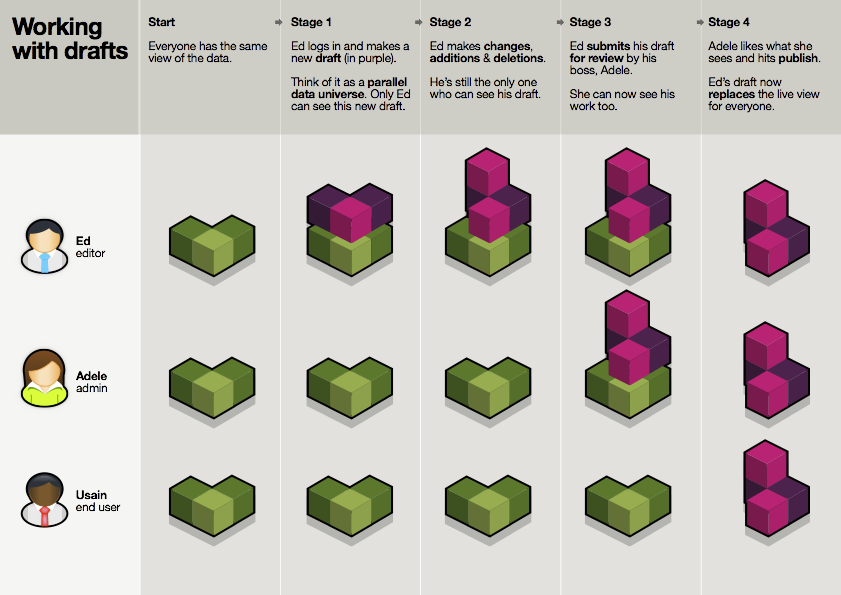 We’ve been concentrating initially on the technical under-pinnings and this project is very much still in beta with loads more to come, but it already has lots of data goodness for you to view and use:

You can search, or explore by theme or organisation, or geographic area. Once at the data, you can check out the metadata tab for linked data details or keep to the contents tab for a friendly readable view. All the data is available via APIs, including a SPARQL 1.1 Query Endpoint. 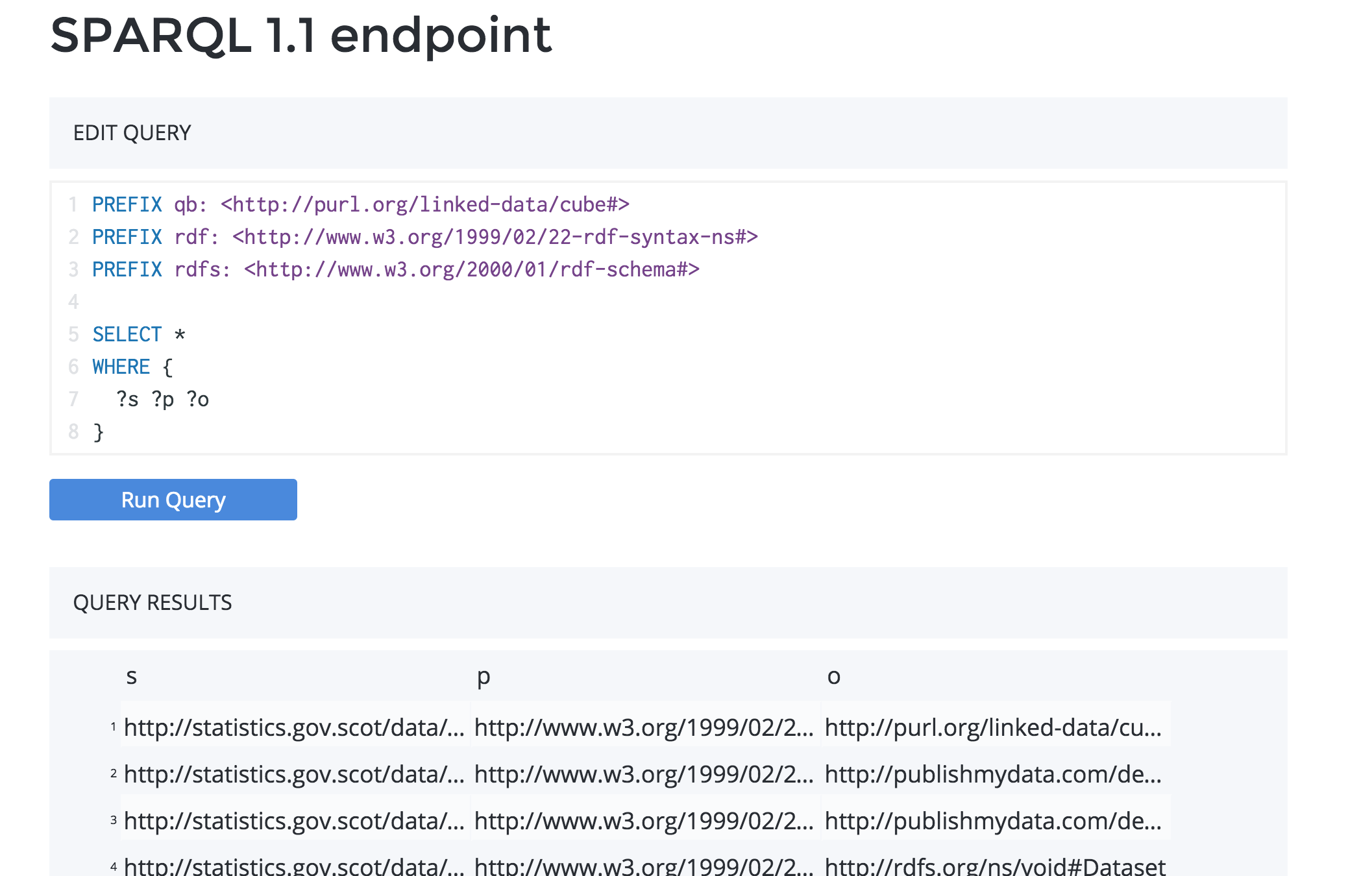 We’ll be writing more soon about ways to access the data via the PublishMyData-powered service. In the meantime, the Scottish Statistics team are seeking feedback on the site. Read more on their blog here.

Update: As some people have pointed out, the Linked Data URIs used on this site don’t resolve to anything. This is because the site is on a temporary domain at the moment (for various reasons outside our control). When the project moves out of beta the site will be available at statistics.gov.scot, and they’ll resolve. We felt it was better to start using the final identifiers from the start (so SPARQL queries will remain valid).