↓ Skip to Main Content
Home › Posts from feeds › Save the Date…the National Day of Civic Hacking is Coming June 6! 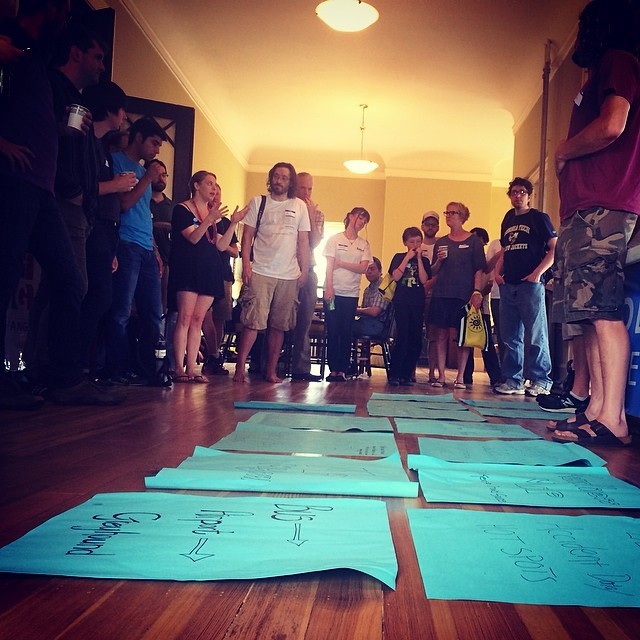 Save the Date…the National Day of Civic Hacking is Coming June 6!

Created automatically from RSS feedPosted on May 22, 2015 Posted in Posts from feeds
This post was created automatically via an RSS feed and was originally published at https://www.data.gov/cities/save-the-datethe-national-day-of-civic-hacking-is-coming-june-6/

I’m excited to let you know about the third annual National Day of Civic Hacking, coming June 6, 2015, to a city near you!  It’s a day when we’ll collaboratively build new solutions using publicly-released data, technology, and design processes to improve our communities and the governments that serve them. Anyone can participate…you don’t have to be an expert in technology; you just have to care about your neighborhood and community.

Lots of communities have existing frameworks for civic hacking events: events that provide opportunities for anyone who’s interested to collaborate to create services, apps, and websites that address social and civic issues that run the gamut from the environment to public accessibility to transit and housing. The National Day of Civic Hacking is a chance to connect and lift up these efforts to acknowledge the incredible impact that community collaboration, engagement, and volunteerism can have in our towns and cities. I have to admit: this is one of those events that I just love. It brings together thousands of technologists, entrepreneurs, developers, designers, makers, organizers, scientists, and other citizens to improve their communities and the governments that represent them.

Last year’s National Day of Civic Hacking produced an array of amazing projects using open government data, including an app to alert Boston commuters about transit delays and an app to share information about adoptable pets in Palo Alto. This year’s National Day of Civic Hacking is focused on making government work more effectively for everyone using Code for America’s Principles for 21st Century Government. There are six core themes:

The National Day of Civic Hacking is organized by Code for America with coordination from NASA and SecondMuse, as well as additional support from the White House Office of Science and Technology Policy (OSTP) and other Federal, state, and local agencies.

I encourage you to pencil in June 6 as the day that you’re going to roll up your sleeves and get involved to move us from data and ideas to action, developing technology that will make the world a better place. Make sure to tell your friends, colleagues, and neighbors. I can’t wait to see the impact that we will have together!

P.S. And don’t forget to share your thoughts, stories, and ideas at #HackForChange!