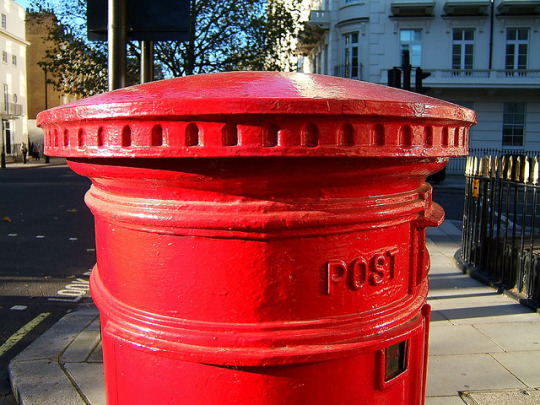 The information is a bare minimum (post office name and postcode) and is subject to the restrictive Non-Commercial Government Licence (NCGL). However this is the first time branch locations have been available as bulk data for re-use by the general public.

I’ve now geocoded all of the postcode locations, added Westminster parliamentary constituencies, and calculated an estimate of the population per post office in each constituency.

If you want to use these data files (PO_201503_GEO and PO_PCON_STAT) for your own mapping or analysis please feel free to download them from my website:

Full details are in the ReadMe file and metadata. Re-use of the spatial data is subject to the licences of the underlying data sources (all open data, other than the Post Office information).

The Post Office branch list was released following an information request by Robert Whittaker, supported by an intervention from the Information Commissioner’s Office. Related correspondence is on-going.

It’s unclear why Post Office Ltd has refused to allow open re-use of data on branch locations. Surely the more widely available the information is, the more likely customers will find their way to a post office?

A recent briefing note from the House of Commons Library suggests another potential reason for the Post Office’s reluctance: the number of post office branches in the UK has almost halved over the past 30 years. Access to postal services is a public policy issue.

Full lists of post offices by constituency have been made available to Members of Parliament since 2002. But unlike most documents in the Commons Library those lists are not public, because they are copyrighted to Post Office Ltd.

Open availability of bulk data on post office branches, ideally as a time series, would make it easier to analyse the accessibility of postal services to the UK population. We might glean all sorts of insights by comparing post office locations to local demographics and modes of transport, particularly in rural areas.

This analysis could raise questions about how the Post Office balances the public interest with its commercial priorities, and whether the post office network is properly regulated. Or it might not.

In my view the only way to find that out is to put further pressure on the Post Office to release more detailed information on post office branches (such as full addresses and opening times), on a regular schedule, and apply the Open Government Licence to maximise distribution and re-use of that information.

Post Office Ltd is owned by the Shareholder Executive within the Department for Business, Innovation and Skills, through Postal Services Holding Company Ltd.

Image credit: Post by Lisa Larsson (CC BY-ND 2.0). Yes, I know the Post Office isn’t responsible for pillar boxes. It was either that or a picture of a really long lunchtime queue.