↓ Skip to Main Content
Home › Benefits of open data › OpenGov Voices: Why you should consider ROI when releasing open data

OpenGov Voices: Why you should consider ROI when releasing open data 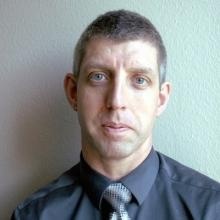 Since starting in 2012 under the leadership of Mayor Richard J. Berry, Albuquerque’s open data initiative has received good reviews. Perhaps one of the reasons behind this current success is that we’ve been focusing on the concept of return on investment (ROI).

Simply, Return on Investment is a measure of the benefit (return) gained when compared to the level of effort (cost). This easy way of thinking about financial decisions is also a great way of thinking about decisions in general. If someone tells me about a dozen, freely available doughnuts, I may decide that eating them (benefit) outweighs the effort of climbing the stairs to the break room to get them (cost) and any subsequent health issues (cost).

From an open data perspective, we can think of ROI as: The net benefits of publishing a dataset when compared to the risks of publishing combined with the cost of producing the data

In some situations, an ROI assessment can be an extensive, formal and mathematical exercise. But our doughnut example above shows that even an informal statement of costs, benefits and resulting expectations will work. Obviously, there can be more than one benefit in the same way that there can be more than one cost. It’s also important to know that benefits and costs aren’t only financial; there may be intangible community benefits, or hidden political risks.

Thinking further, we can see that benefits, costs and risks fall into two categories:

The next table shows some examples:

Three ways in which ROI helps

If you’re thinking about publishing a dataset, even a quick, informal ROI exercise can help. Although there are many good reasons for doing an assessment, I want to highlight three:

The first advantage of an ROI assessment is that it helps us understand the impact of our actions. Even a negative assessment is useful; it simply means that the costs and risks outweigh likely benefits.

An ROI exercise allows us to think critically about releasing data. This means assessing not only the positive (e.g. community benefits), but also the negative (e.g. endangering citizen privacy).

A negative ROI means that we should:

It can be tempting to publish datasets just for the sake of “being open” or because we can. Data then becomes siloed within the “open data portal,” losing relationships and context to other city outcomes.

The second advantage to an ROI assessment is that it helps reduce this loss because it defines intent and direction. A dataset now no longer exists in isolation: It is part of something bigger. It has increased value because we’re considering it as part of the overall service that the city provides in response to a specific community problem. (Large IT departments often use similar concepts to manage IT services.)

3. A spoonful of sugar

Our third advantage is that a good, internal ROI for a dataset can have a huge impact on departmental buy-in. Basic human nature tells us that we get a better outcome if someone wants to do a task instead of has to do it. In government, we force compliance through legislation — often resulting in an extra burden with no reward for employees.

However, the moment we find a positive, internal ROI, we also create a powerful incentive to do that task, even if it is potentially unpleasant. We even talk about “the greater good,” meaning that immediate, negative aspects are offset by long-term benefits. Because I want to do something, I’m more motivated and willing to make sure it succeeds. As a result, I’m more likely to innovate, bend rules and find shortcuts to complete the task.

Hopefully you’re starting to see some good reasons to consider ROI when publishing open data. So instead of grabbing legislation as the weapon of choice when trying to force change, perhaps we should be thinking more about making decisions like publishing open data in an easier and more palatable way.

We’ve lost the moral debate if we use legislation only to compel. Instead, let’s use tools like ROI to make doing the right thing the only logical choice.

Mark Leech is the Application Services Group Manager for Albuquerque, where he leads the city’s efforts in open data, transparency and innovation. As a software developer, he has worked extensively in both public and private sectors. Mark moved from England to New Mexico in 2002 and holds an MSc. in Informations Systems Engineering from the University of Wolverhampton, England. He tweets regularly on open data issues using the handle @leechmt.Disclaimer: The opinions expressed by the guest blogger and those providing comments are theirs alone and do not reflect the opinions of the Sunlight Foundation.