OpenGov Voices: 10 years of shining a light on money in politics with MapLight 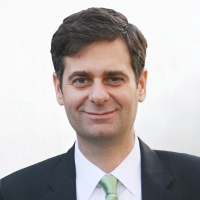 MapLight, a nonpartisan nonprofit I co-founded to track money’s influence on politics, is celebrating its 10th anniversary this year. It’s been an incredible decade of growth for us and the broader transparency and accountability field. When we started, our flawed system of money in politics received little news coverage and didn’t register with many as a problem we could work together to fix. But in the 10 years since MapLight set up its database to connect political money with legislative outcomes, we’ve informed 300 million people about how money dominates our political system via 11,000 news stories, fostering greater public awareness so that citizens can hold government accountable.

Now, in 2015, awareness of money’s influence is at an all-time high. According to a recent poll, 84 percent of Americans believe that money has too much influence on American political campaigns today. Fifty-five percent believe that campaign finance contributions sway lawmakers’ policy decisions most of the time. And if early media coverage is any indication, campaign finance is poised to be a hot-button issue in the 2016 elections.

So that we can continue to build momentum for a more open, accountable government, here are some insights from a decade at MapLight.

Getting data into citizens’ hands

The first step towards transparency is making government data publicly available. The digital revolution has made progress in government; government agencies and civic groups such as MapLight and the Sunlight Foundation now provide a variety of online tools for accessing political records. MapLight’s own database makes it possible to analyze campaign contributions and legislative votes in Congress and the California state legislature, as well as federal lobbying records and politicians’ personal financial disclosures.

But once data is available online, there is a crucial next step toward true government openness and accountability: making sure that data actually reaches citizens. It’s not possible for every American to individually conduct database research for every lawmaker and policy issue, so MapLight disseminates our data through the news channels citizens regularly read and trust. In doing so, we meet the information needs of everyday citizens and help reporters in the financially-stretched news business hold elected officials accountable.

Money in politics can seem like an abstract problem, making it difficult to move citizens toward action. MapLight has found that making our data personally meaningful — connecting campaign money to the specific issues people care about — is key. Rep. John Sarbanes, D-Md., recently echoed this strategy in The Washington Post:

[T]he way you can motivate people around this is, you go to an issue people care about — the environment, food safety, jobs and infrastructure — and you lead them from there to the fact that money is standing in the way of progress on that issue. … It’s about how you describe that connection to people. Once you do that, they will carry it with them. You’ve built a narrative around something they care very, very deeply about.

At MapLight, we publish original research and fulfill custom data requests on the money behind the issues that people care about — climate change, student debt, defense policy and more — in order to galvanize citizens to hold government accountable. For example, our research on the broadband money dominating the net neutrality debate focused national attention on money and politics, reaching 2.3 million people through the media. It also catalyzed democratic policy change: Our data was used by Demand Progress, Fight for the Future, and Save the Internet to mobilize their supporters to act for net neutrality. Amidst this flurry of media attention and massive protest, the FCC voted to preserve an open, neutral Internet.

Sourcing data from the Center for Responsive Politics, the National Institute of Money in State Politics and GovTrack made it possible to build our groundbreaking database connecting the money donors give to legislative outcomes, enabling us to meet the daily data needs of the money and politics movement. Key change-makers including Every Voice, Represent.us, Common Cause and Demos regularly use our data to advance money and politics reform.

We’ve also increased our impact by partnering with people making change outside of the money and politics field. Citizens and advocacy groups have used our data to call out undue influence by big banks, the fracking industry and more, and have won victories on payday lending, foreclosure reform and even copyright policy. These collaborations win a more responsive government incrementally by strengthening accountability campaigns. They also help build the money and politics movement to a critical mass by drawing in new constituents who recognize how money and politics impedes the changes they want to see.

With these insights in mind, I’m confident that MapLight and our partners can build even more public momentum for transparency, accountability and reform. It will be exciting to see where the next 10 years takes the field of open government. Together, we will continue to build a brighter democracy.

Daniel G. Newman is the president and co-founder of MapLight. He was named one of Fast Company’s 100 Most Creative People in Business in 2010. Prior to MapLight, Dan founded Say I Can, a speech recognition software firm, and authored three books on speech recognition software. You can follow Dan’s work on the MapLight website, Twitter and Facebook.Disclaimer: The opinions expressed by the guest blogger and those providing comments are theirs alone and do not reflect the opinions of the Sunlight Foundation.