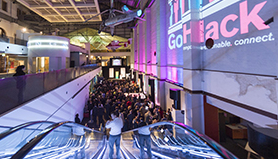 Created automatically from RSS feedPosted on November 12, 2015 Posted in Benefits of open data, Data, Informing Decision-making, Innovation, Open Government, Posts from feeds, Smart communities, Transparency
This post was created automatically via an RSS feed and was originally published at http://data.wa.gov.au/blog/open-data-wa-update-september-2015

It has been a busy few data months since GovHack!

The new WA Whole-of-Government Open Data Policy was formally launched by Minister for Finance; Mines and Petroleum, the Hon. Bill Marmion MLA, at the recent GovHack in Perth.

As Landgate is leading the implementation of the policy, it also launched its new home for Open Data WA at the event. This will help support the roll-out of the policy.

A copy of the policy and a series of Fact Sheets are available at data.wa.gov.au. For more information or assistance in releasing your data, contact the Open Data WA team at opendata@landgate.wa.gov.au.

GovHack Perth was held at Spacecubed in early July. This exciting and innovative event attracted a record number of 90 top local hackers. There were 16 winning teams and six individual champions who took home an impressive record $35,000 prize pool.

A wide range of Government datasets were made available to competing teams. They will continue to be available to the public for further queries.

A total of 17 new concepts were developed during the 46-hour event. These exciting innovations have great potential for public and private sector applications. You can see the applications for yourself.

Now in its third year, GovHack Perth is very successful as it brings together members of the public from a diverse range of backgrounds, rather than purely developers. The main aim of the event is to create and innovate new ways to use open government data for the greatest public and private benefit for Western Australia. Many of the projects developed at GovHack 2015 are still being worked on and developed which is really exciting to see.

You can read the Spacecubed GovHack wrap-up and view images from the event via Flickr. A ministerial media statement, titled GovHack champions prove winners for WA was released following the event.

GovHack International, Australian and team prizes were announced at the Red Carpet Awards in Sydney on 5 September, 2015. You can check out the Winning Teams & Prizes. Footage of the event is also available on YouTube.

Subsequently, a joint media statement from the Hon Bill Marmion MLA (Minister for Finance; Mines and Petroleum) and Hon Mia Davies MLA (Minister for Water; Sport and Recreation; Forestry) was released lauding the event and the winners.

We are currently working on establishing a CKAN-based data portal. CKAN is a powerful data management system that makes data accessible by providing tools to streamline publishing, sharing, finding and using data. You can find out more about CKAN by visiting the CKAN website.

If you would like to see the progress so far, keep your eyes peeled for an announcement over the next month!

The Western Australian government’s announcement of an Open Data Policy comes at an opportune time in terms of leveraging off the increasing awareness of the power of data to perform a variety of roles. It can answer questions, informs government and the community and unlock opportunities for enterprising citizens and businesses to innovate with data.

We look forward to sharing an update including more details of our roadmap, rolling out open data ondata.wa.gov.au over the coming weeks.

Earlier this year the Australian government launched Open Data 500 in Australia: A collaboration between New York University’s GovLab and the Department of Communications.

The study is the first of its kind to determine the use of government data by Australian companies and private sector organisations. These companies use open government data to generate new business, develop new products and services and create social value. The study is intended to guide the government in its efforts to add further data sets to its open data portal, data.gov.au.

The first results from the Open Data 500 survey are now available from data.gov.au as a CSV file, so check them out!

Phase Two of the consultation is now underway. It involves talking to stakeholders who are not currently using open government data. The survey will remain open, so organisations can still participate:http://www.opendata500.com/au/submitCompany/