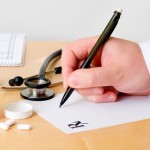 Created automatically from RSS feedPosted on January 25, 2016 Posted in Benefits of open data, Informing Decision-making, Posts from feeds, Public Health, Research, Smart communities, Transparency
This post was created automatically via an RSS feed and was originally published at http://feedproxy.google.com/~r/adigaskell/~3/Gy5n4gp-oAs/ There has been a significant increase in the amount of open healthcare data in recent years, and one of the more interesting projects is undoubtedly Open Prescribing.

The venture, which is headed by Ben Goldacre, was developed by researchers at the University of Oxford to provide open and accurate data on the prescribing patterns of GP practices and collectively of  in the UK.

The aim is to turn the data provided to the service into a real-time and fully functioning service that provides feedback on every drug prescribed in the NHS in a way that’s accessible to everyone.

“If we want to improve standards in healthcare we need good data that can be accessed and interpreted quickly. With a very small amount of funding we’ve taken prescribing data from the NHS and made it open to everyone and free to access. Doctors and others in the NHS can get useful simple feedback on prescribing behaviours that are potentially wasteful, or even harmful. Crucially this service is fully open: that means everyone can see the data and use it, whether they are a practice manager, a patient, a journalist, a member of the public, a doctor, or a researcher,” Goldacre says.

The aim is to display this data in a sufficiently user-friendly way as to eventually save the NHS a significant sum of money by allowing stakeholders, whether professionals or members of the public, to scrutinize the efficiency of the prescribing process.

The website is currently in beta phase and offers users an array of dashboards and maps they can use to scrutinize any drug they wish to measure.

The tool also offers six standard measures that can produce a quick visualization of prescribing trends for a CCG or GP practice.  In future, the team hope to add approximately 100 of these standard measures, with each having been chosen after consultation with both professionals and patients.

Help to interpret the data

Suffice to say, as with any analysis of data, it’s important to do so with a degree of caution so that inappropriate conclusions aren’t reached.

Thankfully, the site offers users a degree of help with this interpretation, and the developers have built in some statistical support tools to identify outliers effectively.

It’s certainly an interesting project and it will be fascinating to see how it develops in the coming months.  As with most of these kind of ventures, I suspect the key will be in attracting enough people to use the tools available.