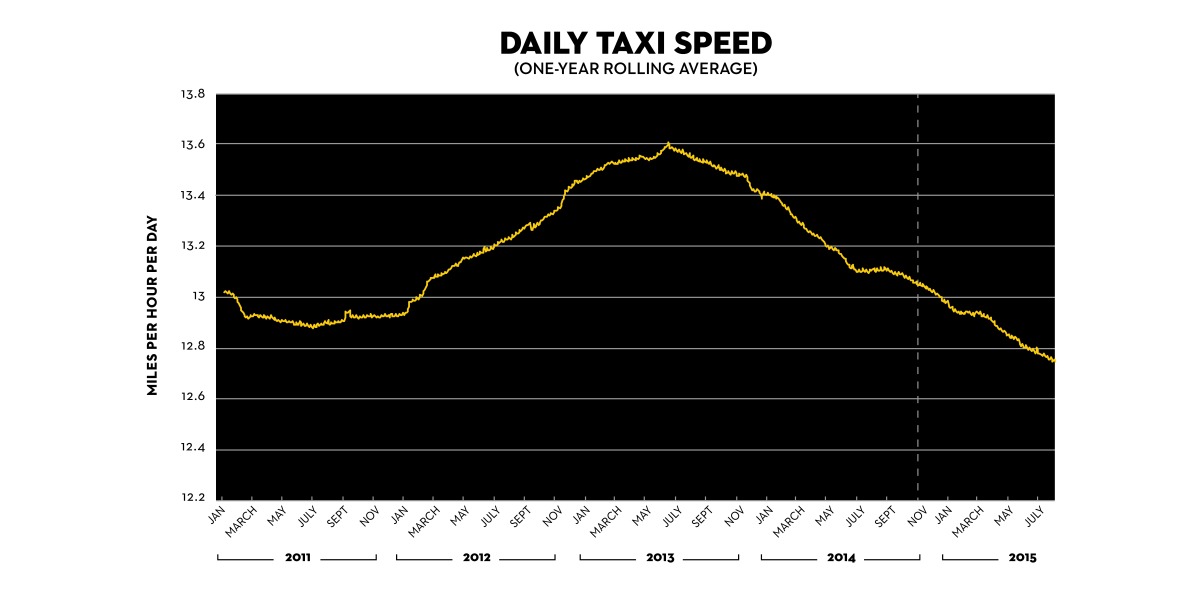 Earlier this month, something new and exciting happened: the Taxi and Limousine Commission (T.L.C.) released data on every cab ride taken in the past year and a half. Besides being a big step forward for the city’s Open Data initiative, the release may help answer questions about traffic speeds, since taxis are good proxies for the rest of the New York’s vehicles. Using the distance travelled and the time taken for each trip, plus some elementary physics, we can compute the average speed of taxis on any given day.

Though I did a full writeup in The New Yorker here, some highlights of the findings include: Of course, taxi speeds are only a proxy for traffic speeds, so this can’t tell us the full story.

For the full in-depth analysis, and more fun graphs, head on over to The New Yorker.