Open Pompei is a European Commission-funded project aimed at promoting a culture of transparency and open data in the archaeology profession. To achieve this goal, it takes the roads less travelled: a constant dialogue with social innovators, civic hackers, social enterprises, with a focus on the central node of Pompeii.

Recently the project achieved two important results: the first one was the deployment of Pompeii’s open data portal, for the time being mostly devoted to monitoring the significant funds (over 100 million EUR) invested for the Pompeii large-scale project; the second one was the public announcement by the Pompeii Superintendent Massimo Osanna about the open access to archaeological data about Pompeii.

Much work remains to be done, and all significant work in this area requires hard skills. So, we decided to make our own contribution towards upskilling the archaeology world, and we set up a free School of Archeological Data, which we decided to call STVDIVM AD OBSERVABILIA APERIENDA (with a wink and a nod to the profession’s uniqueness – archaeologists may be the only group to be comfortable attending a school of data with a title in Latin instead of business English). We organized it with the collaboration of the General Secretariat of the Italian Ministry of Cultural Heritage, and of the Superintendency of Pompeii. The STVDIVM is designed for involving 30 participants; some of them will be public officials working in cultural heritage, others will be researchers, professionals, and students. Its long-term strategy is simple: fostering a diverse community dedicated to open archaeological data. For reaching such a goal, the first step is to educate a new generation of archaeologists, a sharing generation able to work with a trowel, as well as to share and manipulate data, a generation that is aware that archaeological data must be open because they are public, they are expensive to produce, and they must be reused.

The STVDIVM will be held at the Auditorium of Pompeii, from 6 to 8 March, 2015, and will be open by Julian Richards that will give a keynote about Open Data in European Archaeology, followed by Anna Conticello and Alberto Bruni that will illustrate the open data policy of the Italian Ministry of Cultural Heritage (Mibact). 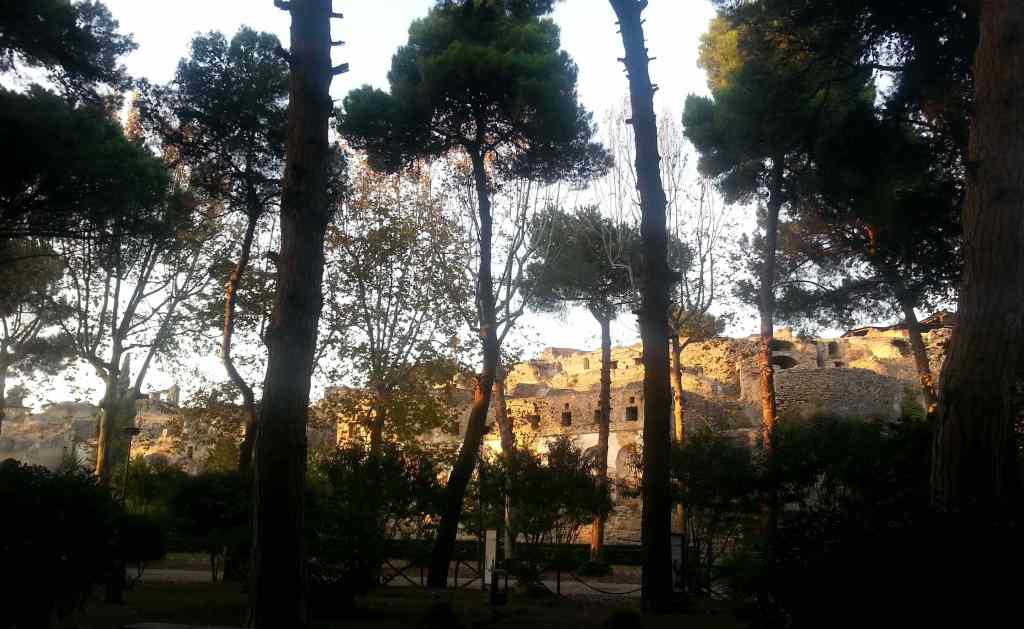 On the second day, Andrea Borruso, Paola Buttiglione and Gabriele Gattiglia will transform the STVDIVM in a workshop, encouraging a civic hacking approach to archaeology, that someone has defined as ha(r)ckeology. Hacking is a tricky term which it’s difficult to find a single widely accepted definition for. To most of the population, hacking is still associated solely with the acts of breaking into security systems. To those near the technology world, hacking means attempting to solve problems more quickly or creatively than before, and it’s about using new ideas and approaches to improve the status quo. In the context of ha(r)ckeology, we’re clearly more interested in the problem-solving definition of hacking. Using Mark Zuckerberg’s definition: hacking just means building something quickly or testing the boundaries of what can be done. A definition with no explicit mention of technology: hacking is conceived more as a process than as a specific toolset. Therefore, ha(r)ckeology is the act, conducted by archaeologists, of quickly improving the processes and systems of archaeology with new tools or approaches, or more simply ha(r)ckeology means archaeologists working together quickly and creatively to improve archaeology. The workshop will have a talking and making approach and want to introduce in a practical manner in how to find, to download, to use, to reuse, and to publish data in open formats. We will explain how to transform data from native formats to more useful formats, for example using Tabula for liberating tables locked inside .pdf files, or making web data extraction easily with software like Import.io . After the data mining, we will work with OpenRefine, a powerful tool for working with messy data: is there someone that thinks that archaeological data aren’t messy? We will clean and transform them from one format into another; we will geocode tabular data starting from a simple address and analyse the spatial properties of archaeological data. Working with data is useful only if archaeologists will be able to communicate their result to the archaeological community, but mainly to the citizens: archaeologists have a public role in modern society that data can reinforce. So, the STVDIVM will lead us in the world data visualization and data communication.

On the third day, Andrea D’Andrea will introduce in the secrets of metadata (data about data) and Linked Open Data applied to archaeology, namely information structured in schemas that enrich the data itself. The final session will transform the STVDIVM in an open discussion about the ethical and legal aspects connected with the open access to archaeological data with the intervention of the legal advisors of the Mibact, and of the lawyer Marco Ciurcina, an expert in open policy in archaeology. In fact, open access to archaeological data raises considerable and fragmented legal and ethical challenges, that primarily include intellectual property considerations, ownership, freedom of information considerations, privacy laws, and data protections laws.