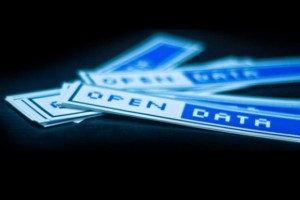 Created automatically from RSS feedPosted on August 10, 2015 Posted in Benefits of open data, Informing Decision-making, Posts from feeds, Transparency
This post was created automatically via an RSS feed and was originally published at http://diginomica.com/2015/08/10/odi-urges-government-not-to-use-open-data-as-an-excuse-to-clamp-down-on-fois/

SUMMARY: The government has set up a commission to review the relevance of freedom of information requests – but open data doesn’t make them redundant. 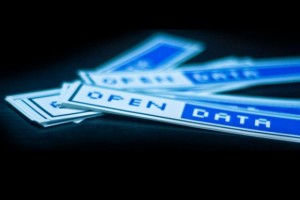 A government funded organisation that was founded by the inventor of the World Wide Web, Sir Tim Berners-Lee, which focuses on promoting the benefits of making use of open data, has warned the Cabinet Office against any plans it may have for clamping down on Freedom of Information (FOI) requests.

The public request from the Open Data Institute (ODI) will come as somewhat of a blow to the government, which has referenced the work it has carried out in the field of open data when announcing that it has set up a new commission to investigate the effectiveness of FOIs.

Its argument seems to be that as long as it is committed to releasing as much data as possible, FOIs become less relevant.

However, policy lead at the ODI, Ellen Broad, has said explicitly said that the “UK’s progress publishing and using open data should not be confused with, or viewed as a substitute for, robust Freedom of Information laws”.

The introduction to Broad’s blog, which clearly explains why open data and FOI requests are not one and the same, states that “open data will never make FOI laws redundant”.

By way of background, last month the Cabinet Office made an alarming announcement that said that whilst it is committed to being the “most transparent government in the world”, it would also be setting up a commission to explore whether or not Freedom of Information requests impacted the ability for the government to effectively take advice and create policy.

Essentially, the Cabinet Office is concerned that policy makers are too fearful of making certain decisions in case their names end up all over the newspapers. In a statement, Parliamentary Secretary for the Cabinet Office, Lord Bridges, said:

The Commission will review the Freedom of Information Act 2000 (‘the Act’) to consider whether there is an appropriate public interest balance between transparency, accountability and the need for sensitive information to have robust protection, and whether the operation of the Act adequately recognises the need for a ‘safe space’ for policy development and implementation and frank advice.

At the time of the announcement I criticised the government’s decision, if the commission means clamping down on FOIs, and said that it was hypocritical to claim to be open and yet want policy making to happen in secret. It is particularly contradictory to Minister for the Cabinet Office, Matthew Hancock’s, aim of using web based technologies and data to increase citizen engagement in policy making. I wrote:

Yup, that’s right, the commission has been set up because those in government need a “private space” for policy decision making. It is saying one thing and doing another. It is actively putting plans in place that counter-act the open data agenda described by Hancock earlier on in the week.

Not only this, but the panel includes former Conservative Home Secretary Michael Howard, who has had some of his government decisions revealed under FOI requests, and Labour’s Jack Straw, who although helped draft the original law has since openly criticised FOIs. Impartial?

Ellen Broad has taken this further and has explained why the ODI believes that FOIs and open data are not only complementary and necessary, but that a sustainable data economy needs both to survive. She said:

The UK Government aims to make its data available as open data for lots of reasons: to stimulate business growth and new forms of innovation; to help change the way public services are offered to citizens, making them more efficient and user friendly; and to improve the transparency and accountability of government. In many circumstances, departments and public bodies are free to decide what data they’ll publish as open data, as well as when and how.

In open data and FOI is a natural balance between the proactive and reactive release of information. Proactively publishing open data is an important transparency mechanism, but open data will never make FOI laws redundant. It’s unlikely that all information that is in the public interest will eventually be open data. The user community for certain information may be too small to justify its ongoing maintenance as open data, hard to release in a regular way or its public interest value simply not yet understood.

FOI ensures citizens, businesses, journalists are able to access information that needs to be accessed and isn’t available openly. FOI requests might be relatively unique to a story or situation – like soldiers testing positive for steroid use. They can help articulate the importance of certain kinds of data to inform policy decisions – like data about ambulance wait times and hospital A&E staffing levels. 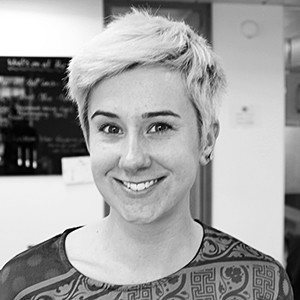 Broad adds that open data can even help inform the FOI commission’s work, as they look at how FOI laws are operating in practice. For example, some public bodies already publish certain data about the FOI requests they receive. For example, the MySociety project WhatDoTheyKnow processes over 5,000 FOI requests for the UK government per month. Broad claims that if WhatDoTheyKnow made the data about the FOI requests available as open data, this would be a valuable source of evidence for the FOI commission.

Equally, the ODI believes that the Commission should look at ways in which open data might provide the Cabinet Office with better insight into how FOI processes are impacting the public sector. For example, the Commission could request that the public sector publish their internal management information about FOI requests they process each month as open data (the number of requests they receive, the nature of the request, etc.), which might help the government focus on better releasing information in certain areas and streamlining processes.

Finally, and most importantly, Broad notes that because FOIs are a legal requirement, no matter how much the government commits to open data, they will always remain to be an important method of obtaining important information. She said:

Sometimes FOI requests can be the most efficient way to get data out of a public body, because FOI laws impose a 20 day turnaround on requests. No matter how effective an engagement strategy a public body has, they’re likely to put more effort into responding for requests for data where they’re legally obliged to, than through other routes. This efficiency and speed is vital for startups that need to quickly respond to their new customer’s needs.

Like I’ve said before, open data is brilliant, but much of it currently comes in the form of unusable datasets dumped on websites (which are only likely to be penetrable by enthusiasts). FOIs give people the ability to get hold of vital information in an actionable format. That’s important.

Equally, Broad is right to raise the point that there are no legal requirements around open data. And so if the government doesn’t want some information in the public domain, it doesn’t have to put it out there. Whereas, if it’s being requested in the form of an FOI, providing it doesn’t cost too much to release it, it will be provided.

Derek du Preez has spent the past few years defending the needs of the end-user and helping vendors understand how they can better serve their buyers’ technology and business needs. He also loves to bother governments about all things digital.