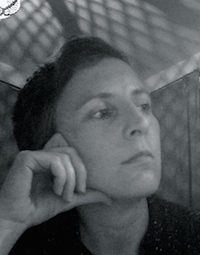 Created automatically from RSS feedPosted on April 2, 2015 Posted in Benefits of open data, Informing Decision-making, Posts from feeds, Smart communities
This post was created automatically via an RSS feed and was originally published at http://blog.swirrl.com/articles/new-speakers-second-ticket-batch

We’re pleased to announce that Lucy Knight and Lucille Brown have joined our list of speakers at Local Open Data: Reaping the Benefits. And if you haven’t bagged a ticket to the event yet then you can now; the second batch has just become available here.

Lucy is the open data lead for Devon County Council, co-founder of ODI Devon and co-organiser of the Devon Open Data Forum. Her local authority role encompasses performance management, data management and transparency and her current projects include the Data Story Board concept and Beyond the Smart City. Lucille is the National Future Cities Development Manager at Glasgow City Council and she leads the Smart Cities efforts for the Alliance across the seven Scottish cities who tweet here. She previously spent a year working for Community and Engagement for OPEN Glasgow.

Two of our original speakers, Steve and Jemma, have had to drop out due to Purdah rules, but Local Open Data: Reaping the Benefits is shaping up to be a day packed full of people with great data chops, especially at local government level. Grab a ticket and we’ll see you there!

Update: If you’re worried that a day is too long to think about data without sustenance, don’t fear! We’ve just been sorting out some yummy breakfast, lunch and drinks for the event.