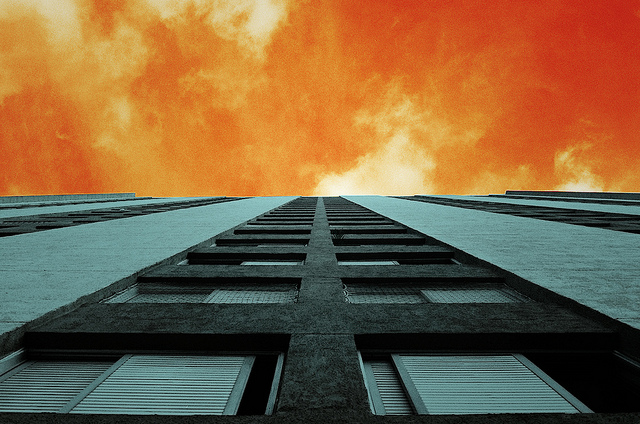 Governments across the world have attempted to improve their capacity for open data, with the UK improving its efforts since the turn of the decade markedly. Last year, Sean Kippin interviewed Alon Peled, an academic and computer software expert who has created an incentive-based system and programme for governmental informational sharing which he claims holds the key for improving the way in which data is created and shared across ‘siloed’ governmental organisations.

I was going to begin by asking what you think is wrong with the current manner in which government’s handle data in Europe, in America, and across the democratic world.

AP: Focusing on open government data, I see two problems. One on the supply side, and one on the demand side. On the supply side, basically, government agencies that must release data don’t release that data that they’ve been hoarding for years, and therefore there’s nothing to talk about. If we’re going to build a data-sharing culture, there has to be some raw materiel. There, I think the heart of the problem is that the public officials a) don’t get funding to actually release their data, so people will say that data should be released, but they don’t get the actual capacity through their agencies to do this. B) they don’t get enough political support – in other words, the polticians make declarations but they aren’t followed up. Finally, C), public officials don’t generate data for the purpose of generating data. They’re executing their programmes and their primary responsibilities – for example, they’re building schools, cleaning garbage and building roads.

But, in the process of executing their legislatively defined programmes, they’re also producing valuable data that could potentially be used for important secondary purposes. Those public officials have good people working in what I call silo domains. If you work in, say, the waste management department in the city of London – then that’s all you know! There’s nothing wrong with that. You weren’t hired to produce data, you were hired to ensure that London is clean. So that when you’re given this secondary task and told to publish your data, even if you were given enough money and time and support, what would you do? You would upload this data in a manner consistent with what you know, but it is possible that the data is extremely useful for other purposes too and its not currently in format, or stored in a place, that is particularly useful for those outside of waste management.

I’ll give you one example from my country, Israel, before I move on to the demand side: one of the problems that is that we hate getting stuck in the morning behind a garbage truck on our drive to work. In some cities it isn’t a surprise where the garbage truck is going to be and at what time. Where they’re going to be and at what time is published in schedules; . We have an application that Google bought for $1.1bn dollars, that helps us to navigate – you can buy those pieces of data and you can steer drivers away from being caught behind a garbage truck. I just talked to you about the transportation domain; its unreasonable to except that the waste management public officials will be thinking about the impact of what they do on his colleagues in the Transport Department, in the transportation domain. Its the job of people like myself to break those silos in the meta data. This is what’s happening today, so that is the supply side.

On the demand side, I don’t think that its written in stone that citizens are not interested in data. Citizens are not really finding useful data. Part of the reason that this is so is because citizen-entrepreneurs are looking for domain-specific data, searching and finding nothing in, say, Google. If they’re searching for waste management information – they have to go a million places; In this case, the London government website or local authorities, and some other places, to try and find a portal. Its scattered all over the place, and no one is going to tell them that the most meaningful thing for their needs was published by another official in another department on another website. In my book, and in the software I’ve talked about in my recent keynote address to this conference, I have tried to find an original solution for both the supply and demand problems.

SK: tell me more about the programme and the project

In my book , Traversing Digital Babel, from MIT press, I discuss a programme which helps to build a public sector exchange (PSI) which would enable government agencies to trade data with one another. they’re already doing it, as I say in the book, but they aren’t always doing it in particularly useful ways. I have tried to come up with a programme which allows governments to build a new data ecosystem inside government which allows that information to flow, in order that government can become more efficient. While I was writing the book in 2013, I submitted the idea to the Google Faculty Research Award. Lo and behold and gained some funding for the idea, and I said ‘let me build the system’.

I spent 20 years as a software developer, and they said ‘OK, but you must practice with real data’, so I went to Government open data portals, and I started building myself new test data. In the process of building it, I managed to solve the first problem that I talked about! I didn’t intend to, but a glorious mistake emerged, and when I looked at the test data, I discovered that all of a sudden I was holding the search keys for the largest corpus of data released in 24 countries in 14 languages, and that I even had with the software the capability of detecting additional potential uses that not even the authors of the original data could have anticipated! At that point, my research took an interesting sidestep – I never gave up the dream of solving the information ecosystem, but I realised I could put some tools in the hands of citizens and civil society, allowing them to discover and use this data. So that’s the story of the programma and the project.

SK: In your talk you mentioned the incentivising public servants to share data better – monetary incentives. How would that work?

AP: I describe in the book the context of public sector information exchange (PSI), basically I spoke about the idea. I still get resistance, but more and more people are getting on board. You cannot develop software for people as if they were angels. If they were, then I wouldn’t need to write this book. But people are people, and they look first and foremost in every government agency to the interests of that specific agency. If you do not provide small incentives and nudges to actually do something useful with the data that they have produced as a secondary consideration, they probably aren’t going to do much. They’re just going to do what they’ve done up to now. Here and now you’ll get something very useful and interesting, but you won’t get transformational change.

In the book, I describe literally how those tiny incentives could work, and I go one step further and I start looking around the globe and in the weirdest places  – Iceland, Australia – I find very unique, unknown, public sector information exchange programmes of different kinds, and the common denominator between these programmes that they make use of incentives and nudges. If you introduce small incentives, all of a sudden, the excuses disappear, and the public officials become energised. Suddenly things start happening, and that is to the benefit of citizens. So, I thought ‘this is interesting’, maybe we can build a new informational ecosystem from this basis.

This is part one of a two-part interview. This post represents the views of the interviewee and not those of Democratic Audit or the LSE. Please read our comments policy before posting.

Dr. Alon Peled is associate professor and political scientist at the Hebrew University of Jerusalem, Israel. He is the author of Traversing Digital Babel, and his website can be found here.

This post was based on a presentation given by the author at the 2015 CeDem conference in Krems, Austria