This is a post from the field on a National Geographic supported expedition to explore the Okavango River system from source to sand. 90 days, 1,000 miles, 3 countries, 2 rivers, 31 adventurers, 100% open data. Join us in real-time as we explore the beating heart of our planet. IntoTheOkavango.org

Engineering Into The Okavango

Engineering and conservation have not traditionally been considered complementary disciplines. There have been anti-technology thinkers for ages that consider engineering (and the associated development that comes from engineering advancements) as some of the greatest risks to environmental conservation.

While I deeply believe that this is a problematic viewpoint, I do understand that many traditional engineering innovations came as a result of natural resource exploitation and had a profound negative impact on our planet.

However, this doesn’t have to be the case. 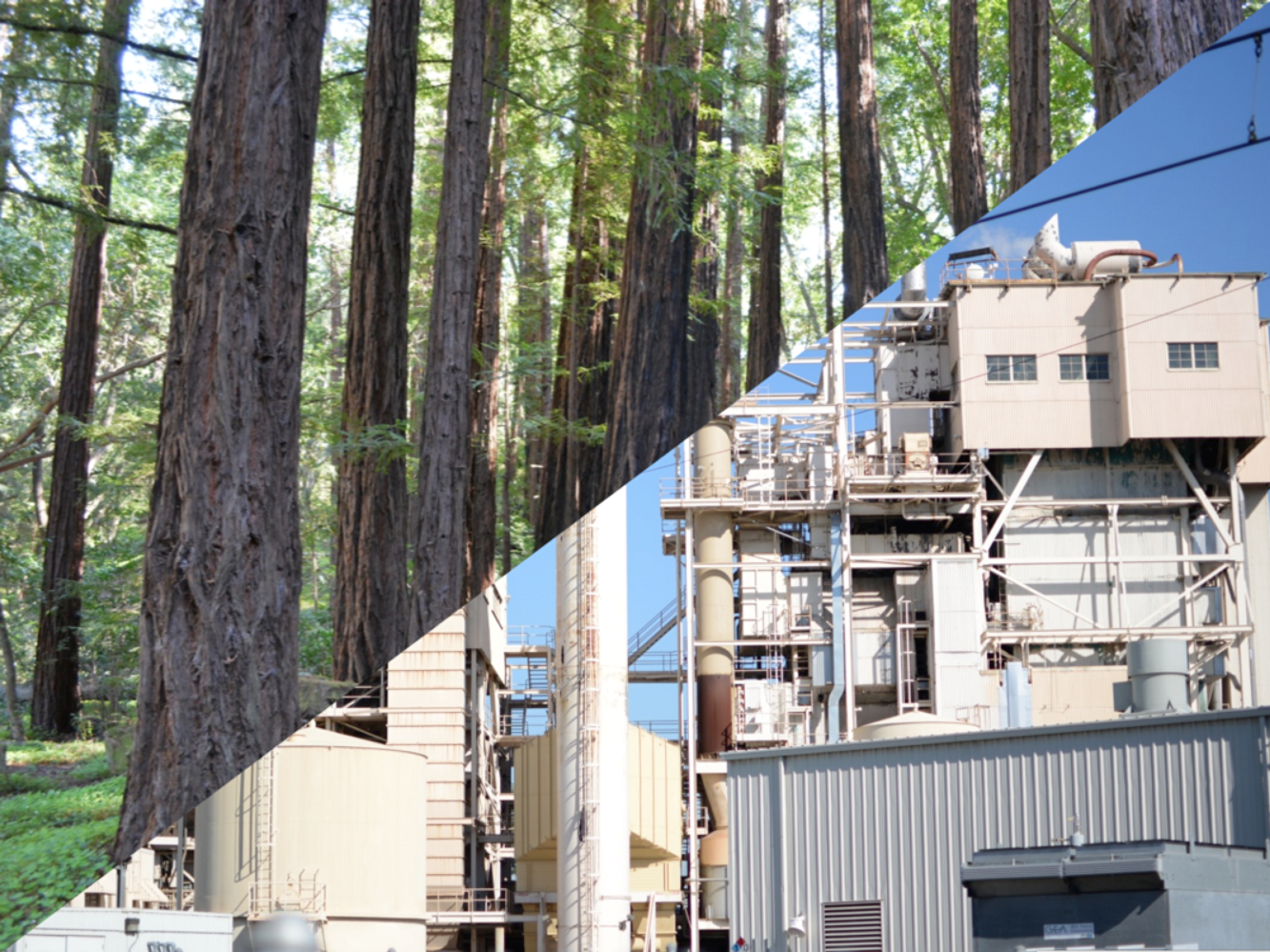 The yin and yang for the 20th century. Thankfully, this will not be our future. | Shah Selbe

I sit here, as an engineer with over a decade of “traditional engineering” experience behind me, writing this under the beautiful stars above Botswana’s Okavango Delta. As a core member of the Into The Okavango team and the project’s technologist and engineer, it is my role to harness technological innovation to help us protect this incredible place.

If you didn’t follow along last year’s #Okavango14 expedition, it still isn’t late to follow along for #Okavango15 (the rest of the team is still in Angola working their way south at the time of this writing). 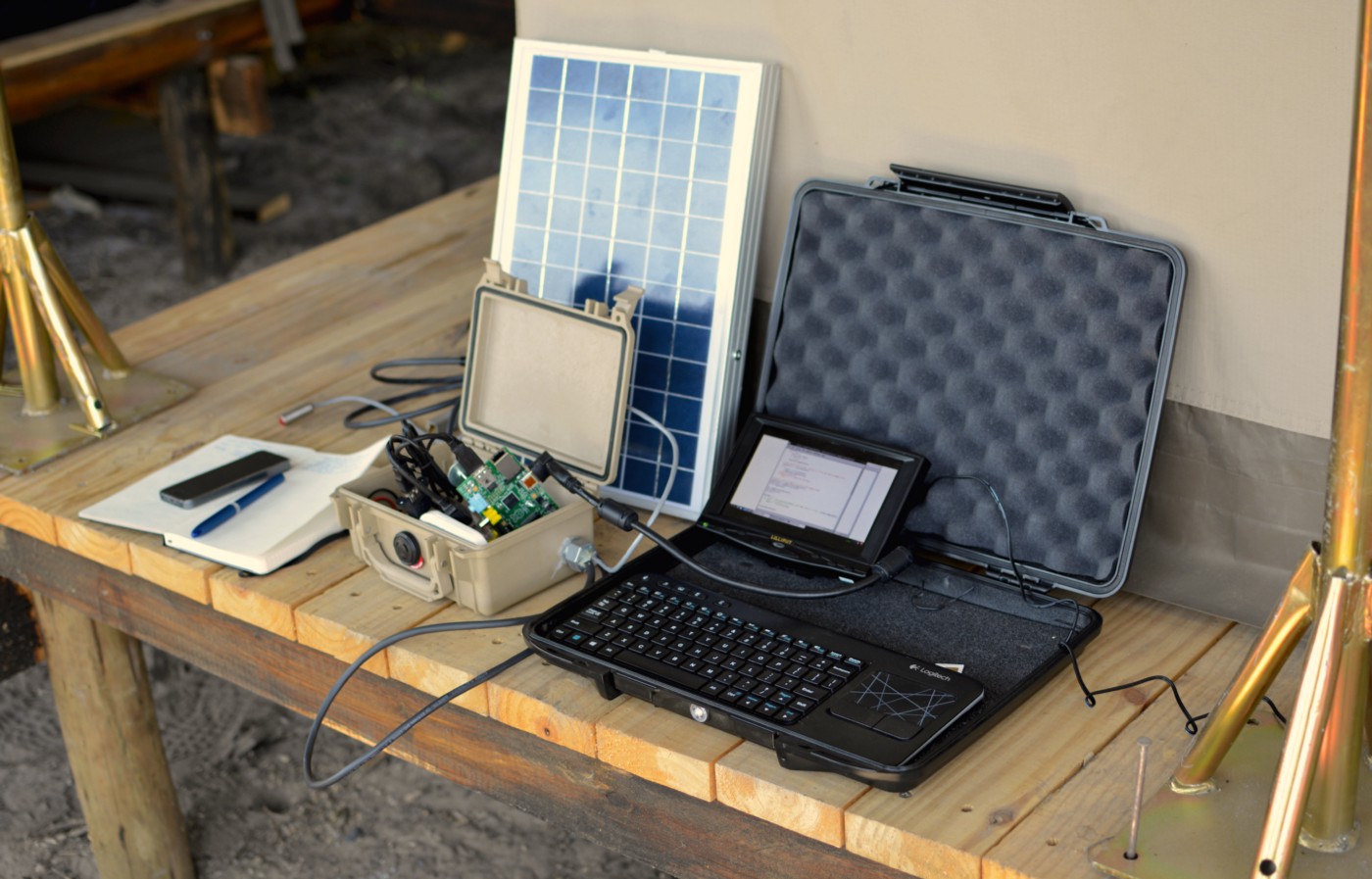 Writing code in the Okavango Delta for #Okavango14. Jer Thorp and I are likely one of only a few to use Linux and Python in this wilderness. | Shah Selbe

The Okavango Delta is one of the most biologically diverse and important wild places left on the planet. It is home to the largest elephant population in the world, in addition to thriving populations of lion, hippo, giraffe, crocodile, cheetah, leopard, rhino, zebra and more. This ambitious yearly expedition is the brainchild of fellow National Geographic Emerging Explorer Steve Boyes, with the aim to closely monitor the wildlife and environmental changes to this pristine African wilderness. Steve brought on another National Geographic Emerging Explorer Jer Thorp, who is responsible for the beautiful and informative Into The Okavango website (if you haven’t seen it, take a break from this post to poke around).

Steve then brought on me (also an Emerging Explorer) to use my conservation technology expertise to create the platforms to monitor changes to the Delta. The focus of these platforms is what he likes to call “measuring the heartbeat of the Delta,” which for a wetland habitat like this means monitoring the life-giving water. That is the one thing that every elephant, hippo, lion and crocodile out here needs: clean water. How I decided to do that is using something that has been in the news quite a bit lately: the internet of things. 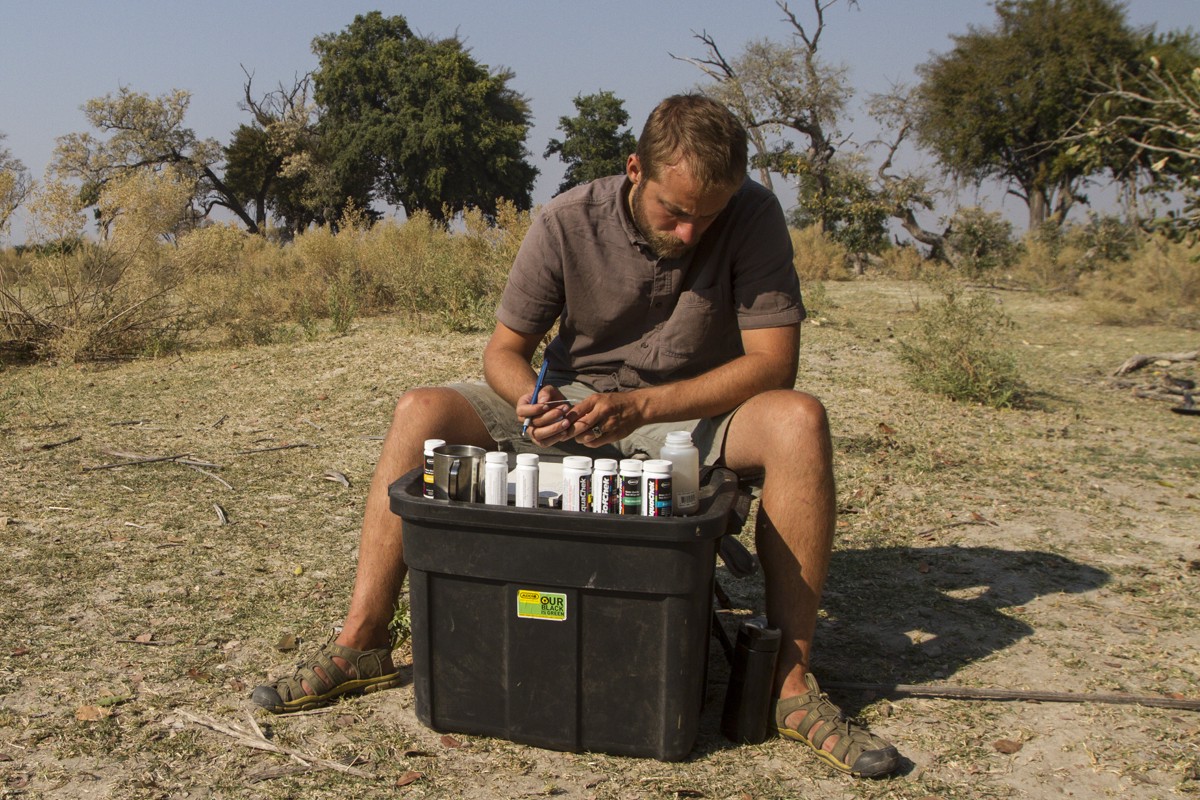 “Shah took us from little strips and pieces of paper – writing down the water quality as we go down – to environmental sensor platforms… We’re gonna be measuring the literal heartbeat of that wilderness in real time for the world to see.” — Steve Boyes

This whole “Internet of Things” phenomenon (IoT) really owes its popularity to the device that nearly everyone has in their pocket: the smartphone.

The development and miniaturization that came as a result of the prolific spread of smartphone technology has enabled a resurgence in computing hardware innovation. Phenomenal capabilities have emerged as other industries have made use of the same units that comprise a smartphone. Some of the most notable examples are robotic submarine technology through OpenROV, drone technology through 3DRobotics, and computing hardware with Arduino and Raspberry Pi (among others).

We are now starting to use it to augment scientific investigation, as David Lang has mentioned. Moore’s Law — the tendency for computers to get smaller and faster at an exponential rate — is helping to reimagine industries faster than we ever imagined. With IoT, anything can start to become “smarter” and interact with its environment through embedded computing devices, communication networks, and software.

Most of what you will hear about IoT has been focused around the successful ventures in this space: the connected home. Companies like Nest have done amazing things in changing the way simple appliances can optimize power usage and provide feedback to their users. While the implementation of connected devices for the home and office seems inevitable, there is a much more impactful use case for these devices: the connected ecosystem. 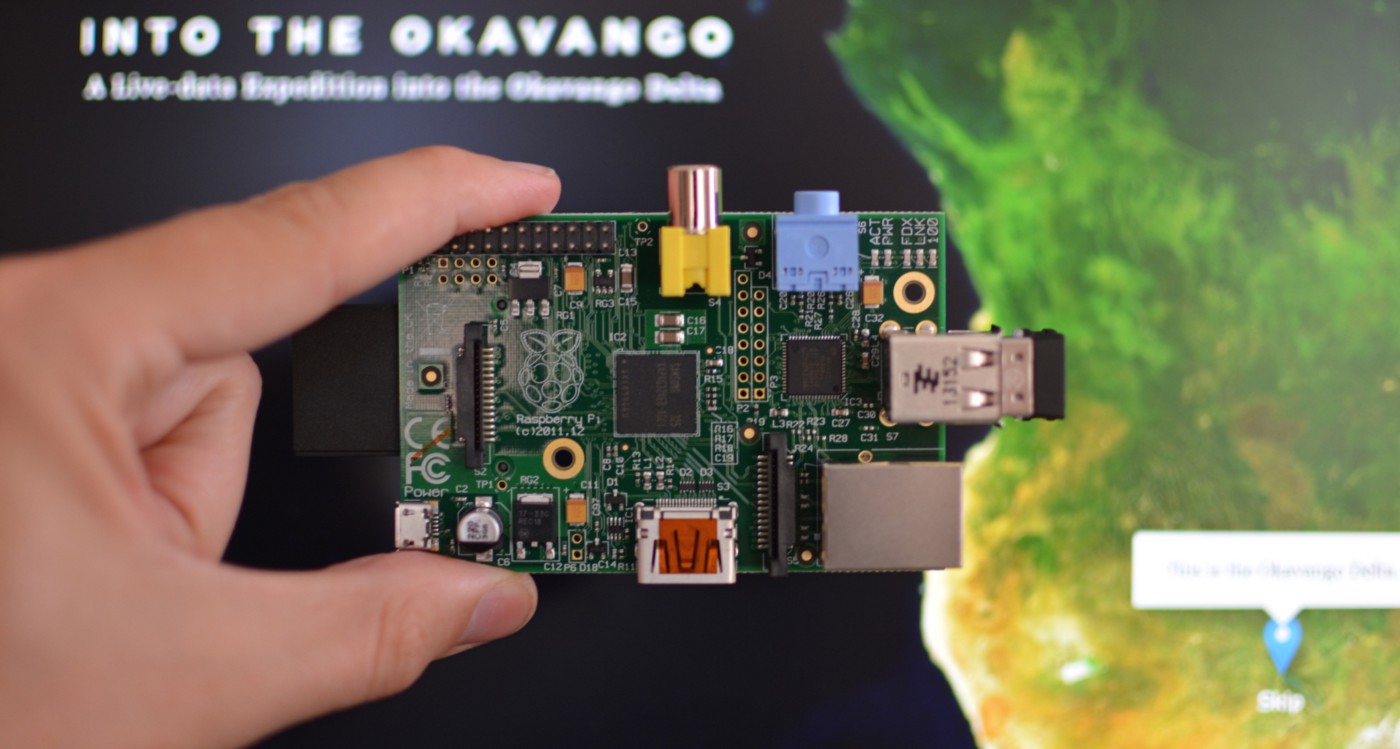 Imagine if we were able to see the changes to an ecosystem the instant they occur. Our current monitoring approach involves sending scientists on expedition for periodic assessments of the ecosystem. Threats are then identified through watching the yearly decline of critical animal and plant species. While there may never be a replacement for informed boots-on-the-ground, we now have the capabilities for low cost and persistent monitoring of the things that could cause those declines. We can literally see the threats the instant they occur.

So instead of connected toasters and thermostats, we can have connected forests and wetlands.

This IoT for the planet could help to open up new possibilities for scientific data collection and environmental protection (from poaching, overfishing, and resource exploitation) on a magnitude that was never possible under the previous scientific expeditionary model.

So how would these innovative technologies change the way we conduct expeditions?

This is exactly what the Okavango Wilderness Project and Into The Okavango is looking to do.

Our expedition travels through the Delta (and beyond) using the traditional dugout canoes (called mekoros) from the baYei tribe. We stream all the data we collect real-time as we move along, including GPS location, research observations, wildlife sightings, biometrics, photos, audio clips, and scientific data. This is a new paradigm in expeditionary science, where all the scientific data collected becomes immediately open and shared with the world. You can watch the current #Okavango15 expedition unfold live on the Into The Okavango website and pull any data you would like to use through the website’s API.

During #Okavango14, I installed three prototype water quality sensor platforms outside of a camp at the top of the Delta. These were solar powered and used the Raspberry Pi microcomputers to send water chemistry data back to the team through cellular networks. While these worked beautifully, the main goal was to understand the complexities behind deployment of sensitive IoT electronics in a wetlands habitat. As one would imagine, there are quite a few details to get right.

This year, for #Okavango15, the goals are much grander. We are starting to create an extensive network of environmental monitoring stations throughout the Delta and it’s inlet waters. The hope is that we can start an unprecedented collection of fundamental data around water quality and flood dynamics to help us understand and protect this immaculate habitat. These open source platforms will collect scientific data where there was none before and connect this ecosystem to notify us, real-time, if anything starts to decline. If mining activity or oil exploration occurs in the headwaters of the Delta, we hope to see it the instant it happens.

If we can catch these ecosystem threats as they occur, we have the potential to save wildlife and mitigate the consequences. During my time on #Okavango15, I will be installing these sensor networks at four camps (which will be covered in a later Medium post). After the expedition I will post the designs and code online under an open license, so anyone can attempt the things we have done here. Over the next few years, we will be continuing to build this network out across key parts of the Delta and the headwaters from Namibia and Angola. We will also be expanding this model beyond the Okavango across critical river, lake, and marine systems globally. 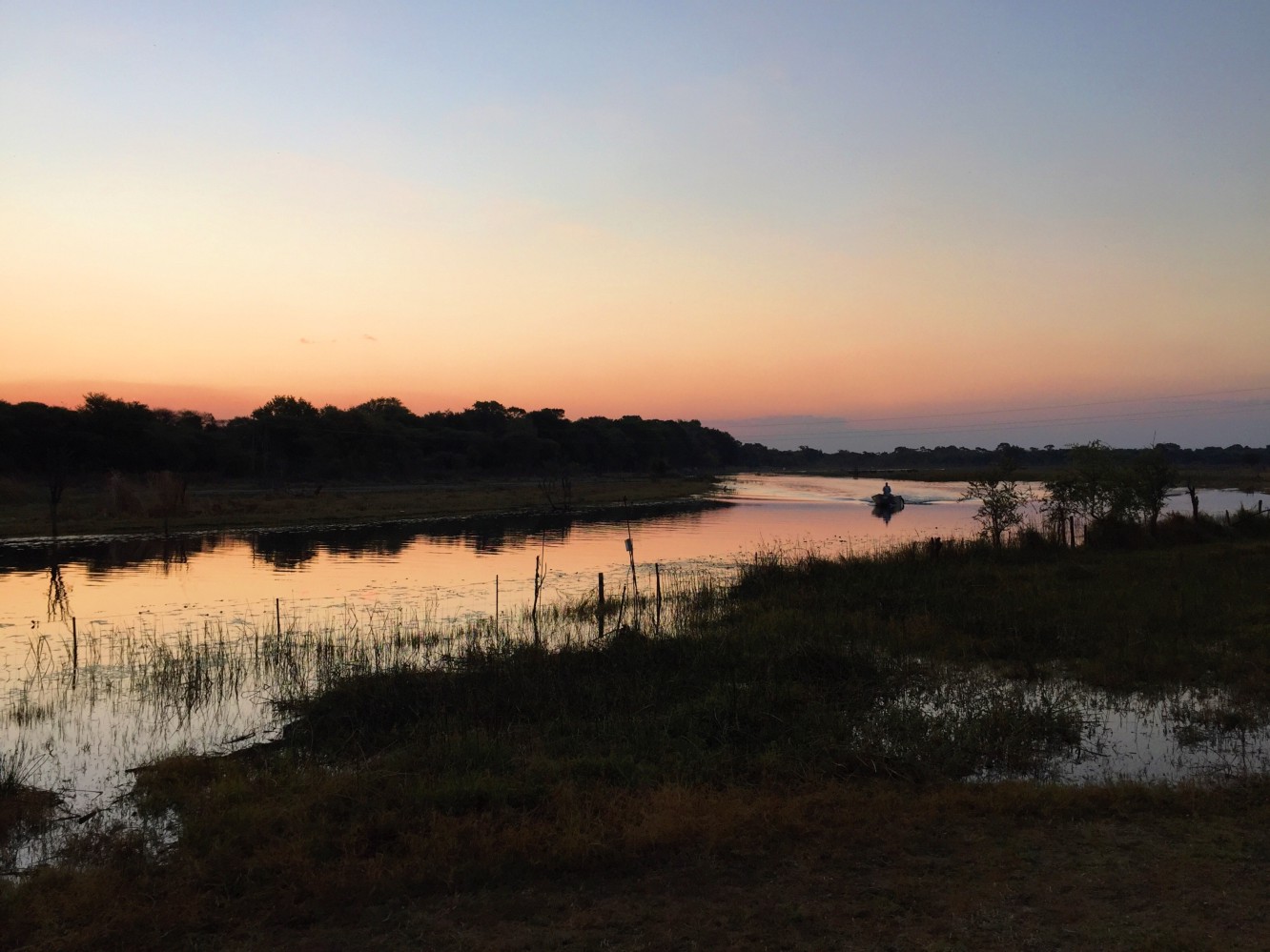 The Okavango Delta on the evening this post was uploaded. | Shah Selbe

Thankfully the days of environmental technophobia seems to be subsiding. The use of drones for conservation is a large driving force behind the shifting public opinion around that technology. Foundations and governments have launched international technology challenges to solve some of the greatest environmental problems. A movement seems to be growing around conservation technology and the potential for it to completely change the effectiveness of our efforts. There are a handful of us working hard to make this a reality. The internet of things has a place here and what we are doing for #Okavango15 is a small step in that direction.

Tomorrow I meet with a bright engineering student at the University of Botswana to discuss opportunities in conservation technology. Most engineering education points students towards established industrial and manufacturing sectors, largely focused making this planet an easier place for its human inhabitants. This is not a bad thing. We will always need engineers focused on creating a better and safer built world for people. However, there is potential to bring engineering thinking into solving some of the planet’s biggest problems, particularly in conservation. We can engineer to save wildlife.

It may be the best chance we have to protect this planet. 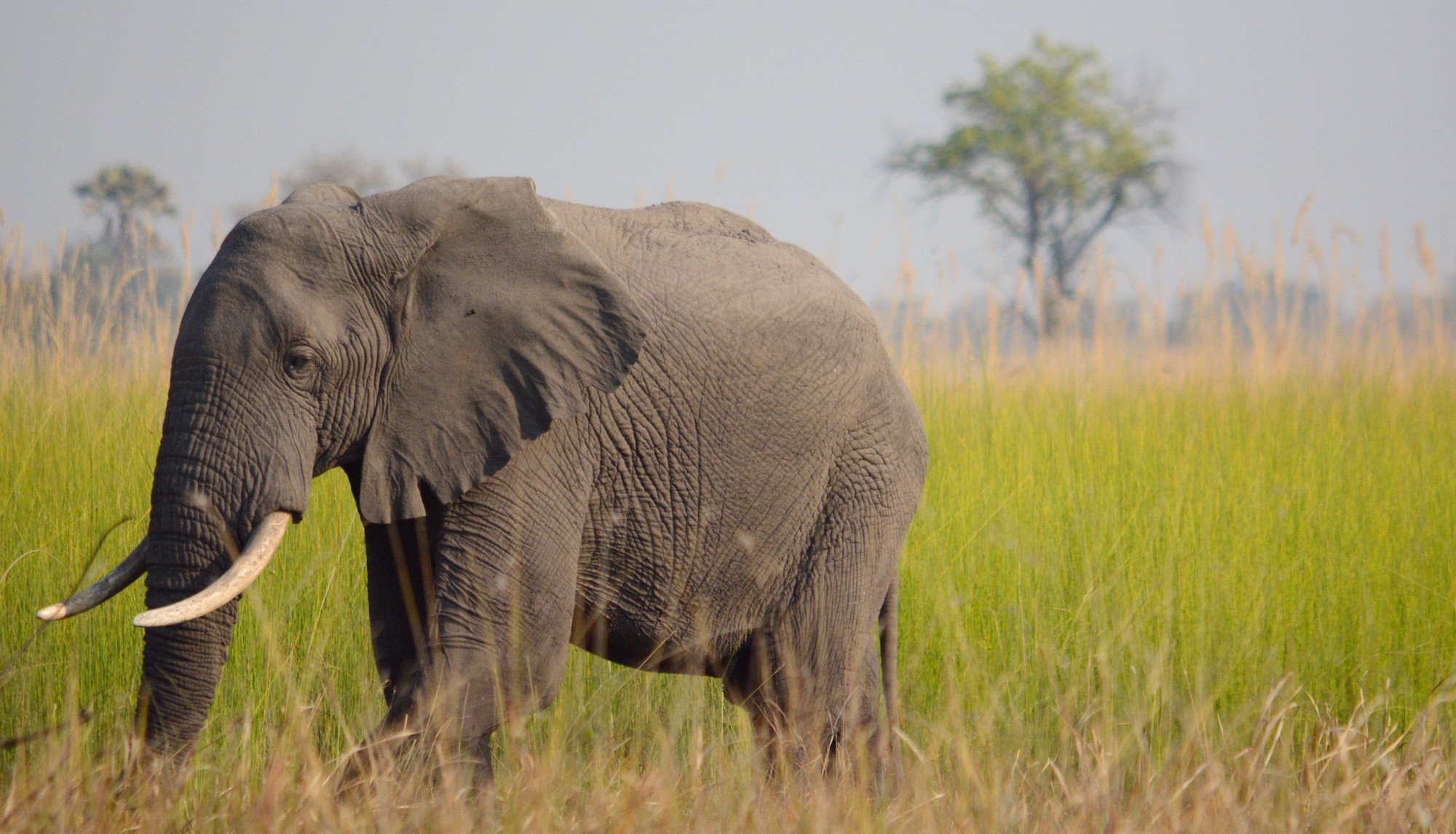