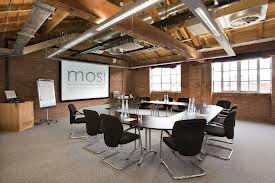 We’re happy to provide an update on progress with the Hub platform and also tell you a bit about Local Open Data: reaping the benefits – a one day event we’re hosting in Manchester on 21st April 2015.

Since our last post on this blog, we’ve been working hard behind the scenes on the Hampshire Hub, getting the data administration system into place and preparing for a move to new infrastructure.

There’s been a lot of new data added, much of it from Portsmouth as part of their Joint Strategic Needs Assessment data collection.  So we’ve been assisting with the loading of that, alongside setting up the tools for Hub users to manage their data themselves.

We’ve also been working on improving system performance – some of the Hub datasets are quite large and we’ve been implementing a variety of design tweaks to make for a better user experience, both for viewing data and for updating it.

Those changes are due to make it to the live site in the near future: this week we’ve deployed the new administration system in a training environment and the Hub core team is getting up to speed with it.

And we’ve also been busy bees organising Local Open Data: reaping the benefits – an event all about the practical advantages and benefits of opening up and linking local data. Confirmed Speakers include Steve Peters (lead on DCLG’s OpenDataCommunities site); Jemma Insall from the Cabinet Office; Hampshire’s very own Mark Braggins and Ian Watt, e-government manager for Aberdeen City Council.

Going beyond transparency as an end in itself, hear about what freeing up local data enables people to do and be inspired to publish some new open data yourself! The day will be particularly relevant for local government, but voluntary organisations and businesses involved in publishing or exploiting open data are very welcome too. You can register your interest here. The first batch of tickets will be going online in the week of 23rd February – watch this space!

Swirrl are data publishing specialists: freeing up and linking Open Data so it’s both useful and used. Founded in 2008 by brothers Ric and Bill Roberts, it’s since grown to be a small, brilliant team of creative technologists based in Manchester and Stirling