How Startups Are Transforming the Smart City Movement 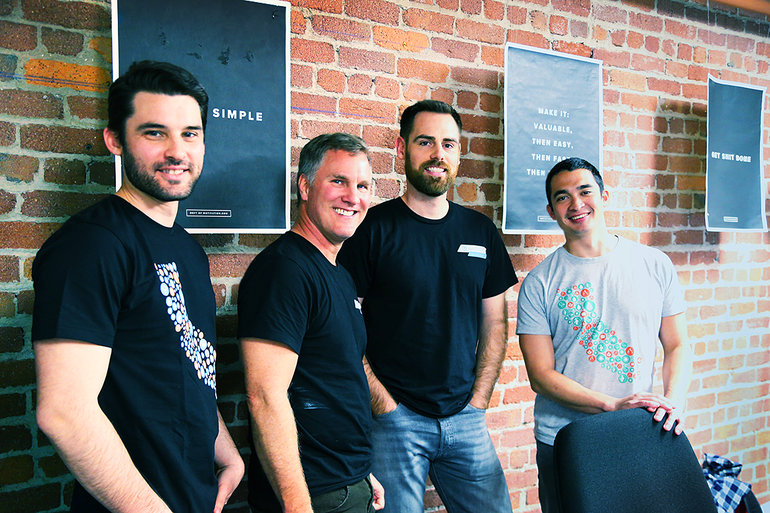 Remember the 1990s visions of the future? Those first incantations of the sweeping “smart city,” so technologically utopian and Tomorrowland-ish in design? The concept and solutions were pitched by tech titans like IBM and Cisco, cost obscene amounts of money, and promised equally outlandish levels of innovation.

It was a drive — as idealistic as it was expedient — to spark a new industry that infused cities with data, analytics, sensors and clean energy. Two-and-a-half decades later, the smart city market has evolved. Its solutions are more pragmatic and its benefits more potent. Evidence brims in Singapore, where officials boast that they can predict traffic congestion an hour in advance with 90 percent accuracy. Similarly, in Chicago, the city has embraced analytics to estimate rodent infestations and prioritize restaurant inspections. These of course are a few standouts, but as many know, the movement is highly diverse and runs its fingers through cities and across continents.

And yet what’s not as well-known is what’s happened in the last few years. The industry appears to be undergoing another metamorphosis, one that takes the ingenuity inspired by its beginnings and reimagines it with the help of do-it-yourself entrepreneurs.

Yes, startups have found their way into the smart city stream. Author Anthony Townsend captured a glimpse of the shift in his 2013 book Smart Cities.

“Unlike the mainframes of IBM’s heyday, computing is no longer in the hands of big companies and governments …” Townsend writes. “All over the world, a motley assortment of activists, entrepreneurs and civic hackers are tinkering their ways toward a different kind of utopia.”

That push has mobilized entrepreneurs who’ve taken today’s tech — easier to manage and cheaply available — and fastened it to an assembly of government infrastructure. Townsend lists the smartphone, the cloud, low-cost broadband, open data and open-source technologies as the prominent enablers. Like its gadgetry, the definition of smart city tech has also undergone change.

Shaun Abrahamson, founder of the smart city startup investment group Urban.us, is a thought leader in the new ideology. His definition, which parallels Townsend’s, includes traits characteristic of industries like civic tech, govtech, the Internet of Things and the peer-to-peer sharing economy. Sheer growth has impelled an escape from the yesteryear brochures promoting big data and sensors.

Asked for a definition, Abrahamson centered his interpretation on tech that enhances quality of life. With the possible exception of health care, finance and education — systems large enough to merit their own categories, Abrahamson explains smart cities by highlighting investment areas at Urban.us. Specific areas are packaged as follows:

Mobility and Logistics: How cities move people and things to, from and within cities.

Built Environment: The public and private spaces in which citizens work and live.

“What seems to be unique about our perspective is that we don’t only focus on what is sold to local government, but also products and services offered to businesses and consumers,” Abrahamson said.

Elaborating, he held up the issues of climate change and greenhouse gas emissions for inspection. Cities can attempt to make significant dents with policy. They can regulate emissions in transportation and control HVAC efficiency in buildings. However, sizable breakthroughs often come from businesses and citizens. Essentially the idea he underscores is that those who consume the most control the most. One example of the concept in greenhouse gas emissions would be transportation network companies like Lyft and Uber. Atypical of the smart city branding, these companies nevertheless stand at a point of impact. By taking cars off the roads, their tech may have greater effect on emissions than the hallmark energy regulating sensors or big data solutions.

“Their actions have a larger overall effect on improving city life. So we think it’s essential to include products sold to businesses and consumers,” Abrahamson said.

Who’s Investing?
Shaun Abrahamson, founder of the smart city investment group Urban.us, says there’s no defined list of investors in the smart city startup space, but there are a few expressing an interest and making a name for themselves in the emerging field. Here is a sampling of a few types, with examples of their startup investments.

There probably hasn’t been a better visual for the scene since the last Smart City Startup Summit last spring. Under a Miami heat, Urban.us drew a mishmash of 100 promising startups to the city’s Wynwood Art District for discourse and demos. Notable Investors like Google Ventures, Omidyar Network and BMW Ventures were out to scout prospects, all while crowds swarmed and startups coaxed with business cards and brochures. It was a pandemonium of a pleasant sort, with tech ranging from smart benches and filtered water stations to transit mapping apps and video traffic analytics.

At a booth of his own stood Curtis Tongue, co-founder of Ohmconnect, a startup launched in 2013 that partners with utilities to award cash to energy-conscious consumers. Like so many of the startups that day, Ohmconnect arrived to pitch its niche offerings. Tongue and co-founder Matt Duesterberg showcased an app that allows utility providers to reduce dependence on what energy aficionados call “peaker plants,” dirty and expensive reserve power plants utility providers jump to during peak usage periods. Utilities loathe them for their exasperating costs that crank wholesale prices up from around $40 per MWh to a sizzling $1,000 per MWh. Environmentally the plants are similarly ghastly, doubling or tripling the average plant’s carbon dioxide emissions.

To solve this problem, the app crunches individual consumer data and alerts users via text when they’re on dirty power; the savings — minus a small commission — is then paid back annually to consumers. This amounts to about $50 to $150, cash that can be kept or donated to charitable causes. The service even automates decreased usage when coupled with smart thermostats like Nest that adjust remotely.

“The most exciting part is that not only are our users making a positive environmental impact, but also they are putting the value they’ve generated to positive social impacts as well,” Tongue said, noting how some groups have raised more than $10,000 for local schools.

As with a swath of smart city startups, the zeal to mingle entrepreneurialism with urban environmentalism has required a swivel of strategy. Government contracts are too complex and slow to command exclusivity and this — as Abrahamson observes — turns most entrepreneurs to consumers.

“It’s not clear that there are dominant business models, as much as an interesting mix of who pays, and what they pay for,” Abrahamson said.

From green energy to green bills, investment opportunities are sprouting beyond philanthropic causes. A report published in February from Navigant Research forecasts the global smart city technology market will rocket from its $8.8 billion annual valuation in 2014 to $27.5 billion by 2023.

Population is a chief contributor to the growth. Townsend’s research indicates that in 2009, city populations officially eclipsed their rural counterparts. The milestone marks the advent of a new era in urbanization, with city populations forecast to increase from 3.5 billion today to 6.5 billion people in 2050 and 10 billion by 2100.

In comparative terms, what this looks like in developing nations — where most of the influx is happening — is construction of a Chicago-sized city each year in India, and in China, officials calculate building 20 new cities yearly through 2020 just to accommodate rural migrants, tallied at about 12 million per year. Technology, Townsend said, is where governments go to and what big tech companies see as an Industrial Revolution-sized opportunity.

In the rush, smart city startups aren’t assumed to be competition disruptors. Abrahamson doubts any shakeup as top sellers. Rather startups, he said, are more likely to see investment from the corporate world or other mutually beneficial partnerships. Currently Navigant identifies the top five vendors in the space as IBM in first, followed by Cisco, Schneider Electric, Siemens and Microsoft.

“Most of the largest IT firms interested in smart cities have a variety of mechanisms to partner with and invest in startups,” Abrahamson said. “This usually means Series B or C Stage funding  — and that’s after these companies are a few years old and have significant customer traction.”

What’s been different in the last few years is a trend of early interest by big tech companies and venture firms. Abrahamson has noticed prospecting venture firms taking interest in startups as early as a Series A funding round or during seed funding.

“More often this is about investment [analysis] and gaining an earlier understanding of emerging trends and key players …,” Abrahamson said. “I expect we will see more distribution partnerships as well as mergers and acquisitions activity as the startup ecosystem becomes an important part of the product pipeline for some of the best-known smart city vendors.”

A sampling of a few corporate venture firms vying to invest are Google Ventures, Motorola Ventures and BMW Ventures. Others, piqued but still cautiously probing, are Verizon, Telefonica, Cisco and IBM, which have all launched contests or accelerators as barometers for investment.