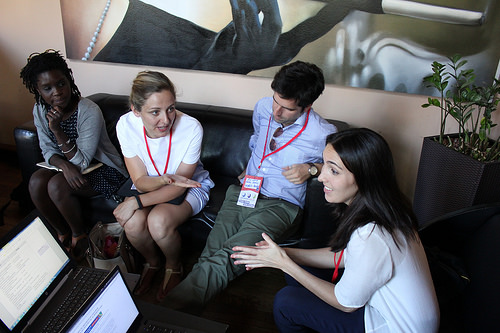 Created automatically from RSS feedPosted on July 22, 2015 Posted in Benefits of open data, How, Informing Decision-making, Posts from feeds, Saving money, Transparency
This post was created automatically via an RSS feed and was originally published at http://theodi.org/blog/how-open-data-and-international-development-need-to-learn-from-one-another 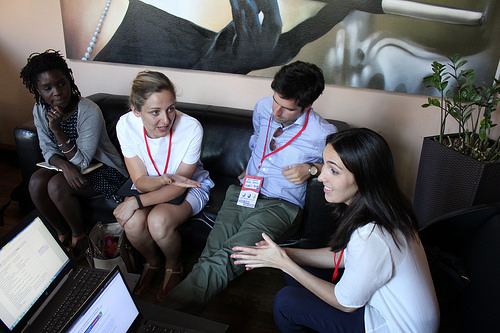 As we increasingly acknowledge that open data is a culture change challenge, how can the open data movement learn from more established development actors in how to design support programmes?

Last week in Addis Ababa the international development community committed to the creation of a new Global Partnership for sustainable data for development. Central to this is open data – data anyone can access, use and share.

For the international development community, open data is increasingly viewed as a tool to target aid money more effectively, track progress, and promote transparency. But this can be too narrow and can miss an opportunity to rethink how international development could be implemented differently. Open data – with its foundations in open culture – is not just a way forward on transparency but may provide inspiration to development organisations wrestling with how to become more agile in an increasingly networked world. Open data is a culture change challenge.

Similarly, as we increasingly acknowledge that open data is a culture change challenge, how can the open data movement learn from more established development actors in how to design support programmes?

This is something we have been thinking about at the Open Data Institute, and which I have personally been reflecting on as a relative newcomer to open data after years working in community development.

Within development circles, commentators acknowledge that a ‘business as usual’ approach will not help us reach the ambitious new sustainable development targets.

In their report, ‘Adapting development: Improving services to the poor’, Leni Wild and others from the Overseas Development Institute state:

“Current projections suggest that if we continue along our current path, it will be decades- if not longer- before the world’s most disadvantaged have access to basic services of adequate quality. Meeting this challenge demands a radical departure from the MDG approach: extra funding will not be enough…”

And, as Duncan Green from Oxfam recently pointed out, government institutions, donors and NGOs need to revise their practice in the face of trends such as growing civil society activism, new platforms for engagement, and increasingly complex collective action problems (eg climate change, international taxation).

At the same time, in the open data community, we have also been thinking about how to evolve our approach to working with governments. There is increasing recognition that open data is less a technology project, and more a challenge for culture change and institutional reform.

Martin Tisne of Omidyar recently remarked at the International Open Data Conference in Ottawa, “Open data is not a ‘thing’”- it represents the very principle of openness which cuts across everything. It is a silo buster, not a silo.”

Current models of implementation which rely on building open data portals and quickly pushing out datasets (‘build it and they will come’) will not yield the deeper transformative impacts that Tisne touches on.
A glance at the Open Data Barometer shows that governments worldwide are struggling with implementation hurdles. These hurdles include building capacity to publish and consume open data across institutions and civil society, and sustaining political commitment beyond early successes.

Vitally, how do we enable people to mutually benefit from each other’s experiences and approaches?

We look forward to exploring this question with actors from the international development and open data communities at the ODI on Friday 24 July at a breakfast roundtable event.