↓ Skip to Main Content
Home › Benefits of open data › How Do You Make Open Data Work for your Business? 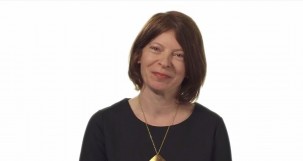 How Do You Make Open Data Work for your Business?

Created automatically from RSS feedPosted on July 1, 2015 Posted in Benefits of open data, Commercial opportunities, How, Posts from feeds
This post was created automatically via an RSS feed and was originally published at http://businessvalueexchange.com/blog/2015/07/01/how-do-you-make-open-data-work-for-your-business/

Open data and the promise of a mash-up world is something that happens in governments or in other organisations – or is it?

Let’s take a rain check. Open data is cited as an instrument for breaking down information gaps across industries and letting companies share benchmarks and best practices that raise productivity. Similarly, it enables an increase in business activity by creating new firms, products and services.

But how do you go about becoming part of the open data universe and making it profitable for your company? Unfortunately there’s no handy roadmap entitled ‘Towards the Mash-up Business’. We’ve witnessed that the rules and mindset that have kept a company in business will no longer guarantee it a future. Remember Kodak. And that kind of open thinking must be applied to your data, especially if it is entombed in a silo.

This doesn’t mean that you give it all away, of course. But a free app, based on useful data you’ve collated through the ages may be the thing that engages your customer and gets them coming back for more. Mix this up with relevant citizen-related data donated by the government and you may have the formula to give you real time insights that form the backbone of new services.

It’s the approach taken by Draper and Dash, supplier of business intelligence. And the twist is that the initial app launched on philanthropic sentiment.  Orlando Agrippa, CEO of Draper and Dash, was inspired to do something for the health services “to give something back”, as he says, and so he created a series of dashboards that were distributed the UK’s 400 plus CEOs of hospitals and trusts free of charge.

The giveaway piece may be harder for enterprise CxOs to get or justify within their business culture. But there’s a terrific article in our sister title, CIO, about other ways in which the CIO can organize in order to capitalise on the open data that’s knocking around. And the data he or she should consider sharing with other businesses and consumers.

Richard Corbridge, new CIO of Health Service Executive in Ireland is a champion of open data and excited by its possibilities in Ireland, which last year embarked on an open data path. With a clean slate as CIO at the HSE, open data is part of the mix – and mindset – he believes.

Corbridge says that open data is about delivering value to the patients as well as the clinicians. Removing the concept of an ICT strategy at the HSE has opened up the prospect of having in its place a data and knowledge-sharing hub.

This philosophy goes further than simply releasing data or hoovering it up for possible internal use. It’s also about having horizontal structures and sharing practices. So one support programme instead of 31 regional help desks, and data that is stored once and accessed everywhere.

Share your views and opinions on this via our LinkedIn Group.

Helen Beckett is the Community Manager of the Business Value Exchange.  She has been a writer and editor for over 20 years and takes a particular interest in the challenges facing the CIO in today’s business climate.

The post How Do You Make Open Data Work for your Business? appeared first on BVEx.