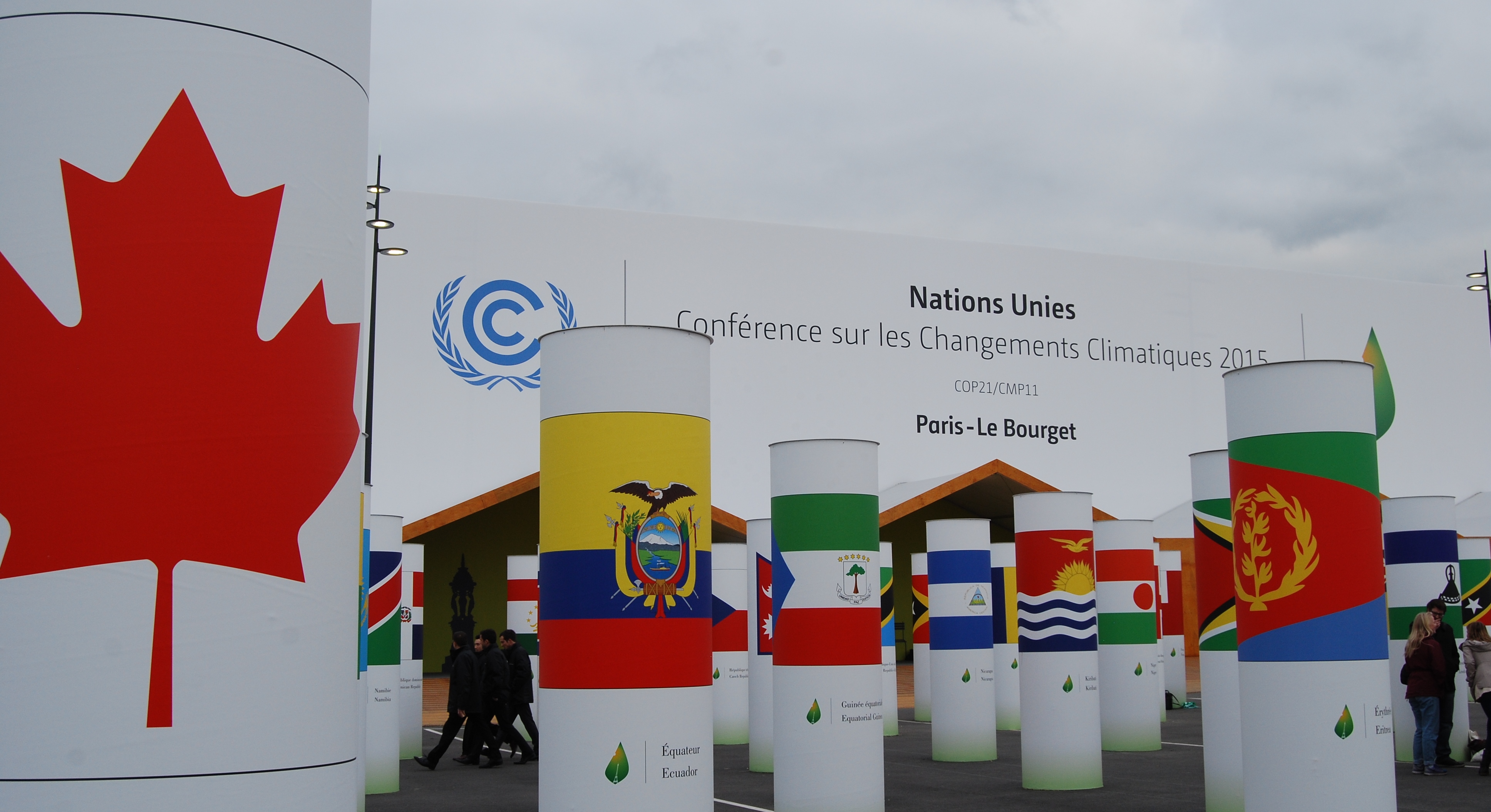 The Global Open Data for Agriculture and Nutrition (GODAN) initiative attended the high-profile twenty-first session of the Conference of the Parties (COP21) climate change conference in Paris, France from the 30th of November until the 6th of December, 2015.

GODAN joined its partners The Government of Kenya, Transversal and others to speak and attend at several agriculture-themed events and the role of open data in mitigation and adaptation to climate change.

COP21 has been a widely publicized event because for the first time in over 20 years in UN negotiations, officials will aim to end the conference with a legally binding and universal agreement on climate which is hoped will set the parameter to keep global warming below 2°C.

At COP21, GODAN focused on achieving to increase awareness of its initiative and open data as a way to address challenges related to climate change, food security and agriculture.

GODAN Strategic Communications Advisor Diana Szpotowicz spent a week at COP21, learning how the climate change world is willing to incorporate agriculture into its agenda, and meeting a variety of new organizations, companies and governments and introduced them to the GODAN initiative, resulting in several new partnerships, which will be announced soon.

This highlight reel gives a behind the scenes glimpse of the action at the main Le Bourget venue in Paris, as well as at the inaugural Climate Law and Governance Day at La Sorbonne.

Martin’s highlight’s from the event:

There was a good quality of debate. We had useful conversations about how we can open up weather data for farmers. I thought COP21 was a great opportunity to network; there aren’t so many meetings where you can get so many influential people – from governments to NGOs to civil society, together.

Andre’s highlights from the event:

We tried to identify specific areas where the GODAN partnership could make a difference in INRA’s field of activities. INRA is one of the largest and most respected research organizations in the Francophone world, with a special focus on agriculture, which is of direct importance of GODAN. They are totally committed to knowledge sharing and open data.

I think INRA has developed specific knowledge, techniques, and approaches that can greatly benefit other research institutions, the private sector and developing countries. I look forward to knowledge exchange with our partners happening under the GODAN initiative.

Andre’s highlights from this event:

What was interesting was the triangular link between law, policies and innovation, in particular in the areas of agriculture and nutrition. I saw the motivating factor in activating the triangle is very much related to climate change. I believe it is in the best interests of the GODAN network to link up with high level institutions in the academic world because their generation of knowledge can only strengthen our network.

Andre’s highlights from the event:

The event was a nice surprise. The presentations were very high-level. Rt Hon Justine Greening was very supportive and said that open data is important for achieving real impact. This emphasis on impact made the whole conversation that much more interesting. I also happened to be sitting next to Rhoda Peace, the Commissioner for Rural Economy and Agriculture at the African Union. We discussed about the best ways for GODAN to contribute to agriculture in Africa and the role that the African Union has to sensitizing governments in that regards.

Andre’s highlights from this event:

Beyond strengthening our relationship with the Mexican government and expanding our avenues of collaboration with the French government, it was a chance to establish partnerships with leaders in academia and open data.