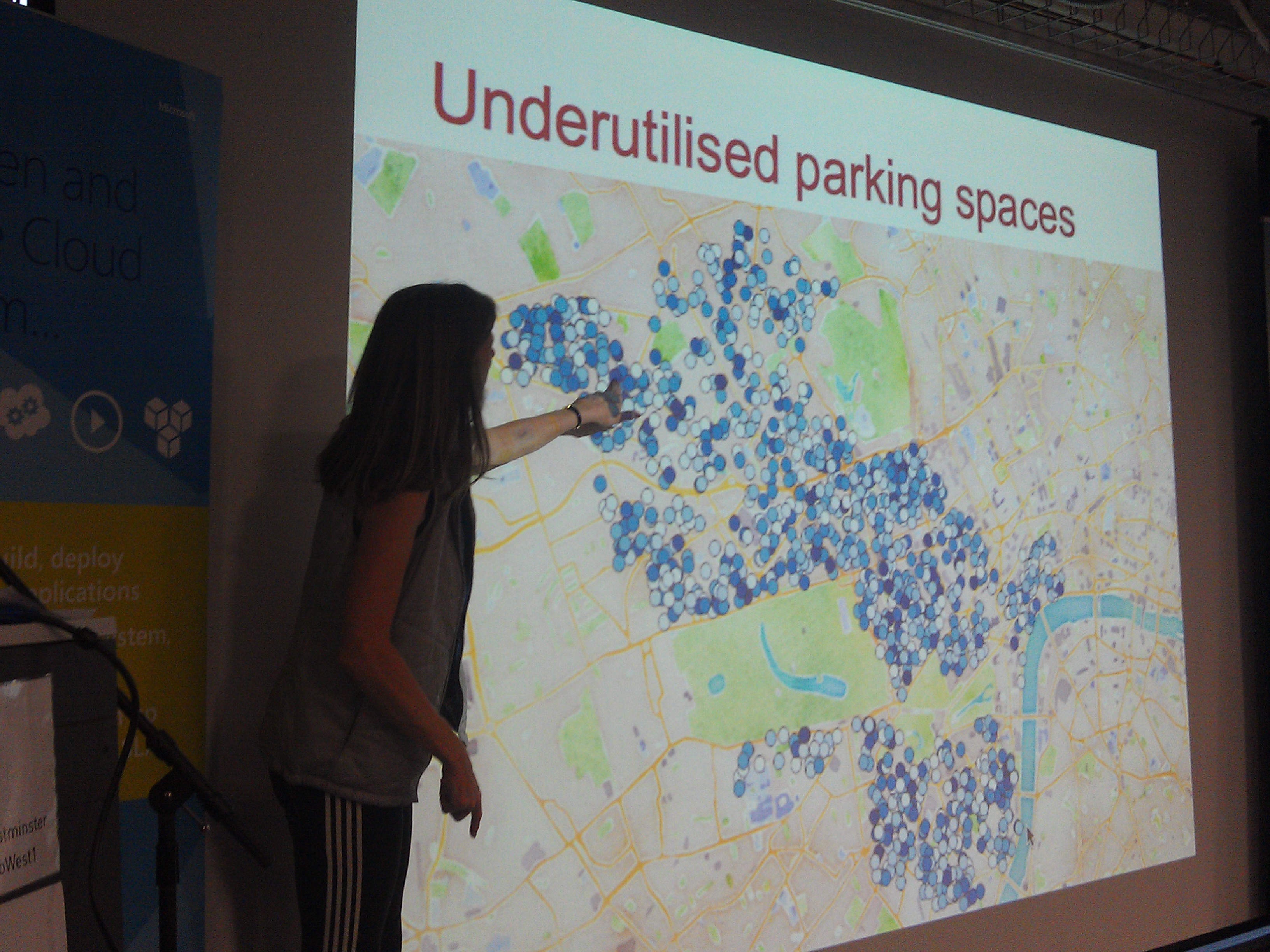 We were honored to be a platform partner and host the data for The Future Cities Hackathon: Open Urban Data for The Citizens a collaborative project by Data Science London during the weekend of the 5th – 6th of October.

Granular Data sets where provided by the City of Westminster by street and a period of around a year. The full list data sets are below:

Participants spent the weekend working on projects aimed to improve the experiences of City of Westminster residents. There were approximately 15 submissions in order to win one of 3 prizes. The prize categories were for Statistical modelling, Data Visualisation and a Windows phone application. The quality of the final submissions were outstanding.

A few of the submissions were There were many more amazing projects submitted that could make the lives of people of Westminster so much easier.

Unfortunately, getting the data in the first place was incredibly difficult. The painful process and route that it took to get to us was described by Carlos in his talk. The data was passsed between a multitude of intermediary companies and crossed the Oceans a few times in the below manner

This process harms everyone from the council to residents. We can and need to simplify this process.

Smart environments need not be a dream of the distant future if we open the data and enable businesses and developers to build services for the benefit of everyone.