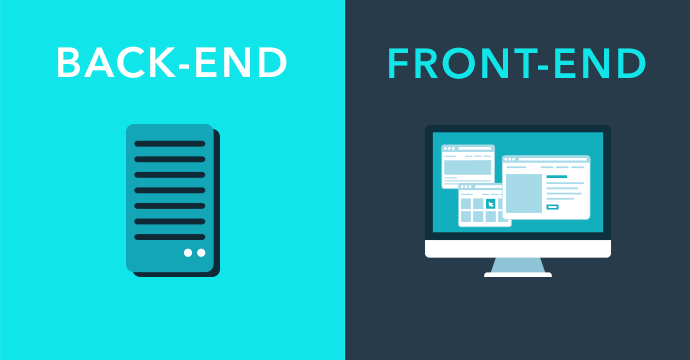 Software systems are divided into two parts, the front end and the back end, to help identify issues, put a complex system into boxes and to simplify maintenance. Back end is usually associated with data scientists, engineers and databases, while front end is associated with users, designers, communicators and writers. Day two of the Eye on Earth Summit brought together both “ends” under the theme of data supply. The data supply back end? Data infrastructure investment, breaking down islands of information in the sea of the world wide web and citizen science. The data supply front end? Data visualization and mapping, education, communication and equal access.

The day opened with invigorating talks from Barbara Ryan, Secretariat Director of the Group on Earth Observations, who displayed an astonishing graph demonstrating the number of imagery downloads from the satellite LANDSAT once it was opened to the public, which jumped from 53 to 5,700. It’s easy to say that the increase is obviously due to access—and one would be correct—but the real insight came from the fact that a significant portion of the downloads were from other U.S. federal agencies. This fact emphasizes how open data reduces the amount of resources that each agency must allocate for information gathering and epitomizes the resource-effectiveness of open data. Muki Haklay of University College London and Director of their ExCITES program provided a history of citizen science and a call to action to move beyond citizens as just sensors, and emphasized a human-centered design approach when working with technology and communities. In other words, don’t just plop a cell phone in the community and expect results; work backwards from their needs.

Christopher Tucker, from Map Story, an open-source atlas, emphasized why policy-makers should care about these types of crowdsourced platforms. In ecology, usually the most resilient systems are those which have high biodiversity, or many different types of plants and animals in the system, and are therefore are more adaptable to changes in the environment. Tucker argued that open-source platforms like Map Story, among “official” sources of geospatial information, provide a key piece in the information ecosystem, therefore providing resiliency.

The plenary closed with Mae Jemison, the first African-American astronaut and pinciple of 100-Year Starship, an organization dedicated to creating the future of human space travel. Jemison came to the realization in space that Earth will always be here, the question is, will we? Through studying other planets, we can learn more about our own and possibly gain insights to help us protect our life support, the environment.

The Global Network of Networks (GNON) is an initiative of Eye on Earth to create a technical supportive structure for individual projects with databases of environmental information to connect to other databases with similar or the same information. If a citizen science project is collecting water-quality data and the fields they use to describe water quality are “H20 goodness,” it will probably have significance to them, but won’t make any sense to a national organization like AEGDI. GNON, according to Rob Atkinson of eta-linkage, is NOT trying to create another set of standards. Instead, it aims to create a support system for these thousands of databases with crucial environmental information to explain what each field of data means to an individual, and how it relates to a possibly similar field of data among these islands of information. If you’re interested in learning more, the Open Geospatial Consortium is soliciting projects for “testbeds,” where they will work with you and the World Wide Web Consortium (W3C) to prototype their concept. GNON anticipates and expects to evolve with coming technology.

Funding, funding, funding! Its loud and clear coming from the community and echoed by Marc Levy, deputy director of the Center for International Earth Science Information Network, during a panel on “Data for Sustainable Development.” “You have to commit to open data, but none of the agencies [funding organizations] provide help or services to do it,” he said. While it’s noble to commit to open data principles, there are no line items in budgets for the support services needed to enable research projects to share their data. Building on GNON, what is the point of sharing your data if your information isn’t discoverable and/or meaningful to someone?

The big question becomes, what does this cost? What costs are associated with maintaining a database and keeping it open? A panelist made up of representatives from International Union for the Conservation of Nature, BirdLife International and United Nations Environment Program-World Conservation Monitoring Centre presented their databases during a panel on “Understanding the costs of knowledge: cost of data generation and maintenance.”

Following the case studies, Diego Juffebignoli, program officer for the Protected Areas program at the UNEP-WCMC, presented his research, which attempted to quantify how much it costs to maintain these cornerstone conservation “knowledge products.”The answer? It’s complicated. One of the notable issues in discerning costs was how to evaluate volunteer time, because a professional scientist volunteering her time is a different value than an interested and curious citizen. However Juffebignoli was able to provide a price range of investments for 2013—$116 – 204 million with an estimate of current annual investments of $65 million.

An incredible panel of individuals presented their efforts to incorporate citizen science for mobilizing policy action during “Crowdsourcing, citizen science: everyone is a supplier.” Tuntiak Katan J., arriving from Ecuador at 3am that day, presented his work with indigenous communities in monitoring carbon for the UN Reducing Emissions from Deforestation and Degradation. Brian Sullivan of Google Earth Outreach presented Global Fishing Watch, a real-time feed of fishing boats in the world, and told a compelling success story of the nation of Kiribati, which was able to bring illegal fishers to court using evidence from this platform, eventually causing the perpetrators to settle out of court. Another argument that open data pushes transparency and ultimately to legal action.

The day ended with a plenary on data visualization and the citizen science award. A refrain heard again and again was “what gets visualized gets used.” We heard from some of the most prominent names in data visualization for decision-making. World Resources Institute (WRI) unveiled their prototype of Resource Watch, a platform developed with Vizzuality using a multiple-prong approach, from storytelling to accountability metrics. Craig Mills, CEO of Vizzuality added that while there are more than 7 billion cell phone subscribers, a large part of them don’t use smartphones. With Resource Watch, Vizzuality and WRI will move past data visualization for the first world and offer services to those who only have access to SMS and audio services, with a hotline to provide real-time data on your geographical region. This type of thinking will be vital to the #datarevolution, and should be praised and encouraged.

A panel filled with communicators, visualizers and data experts brings with it excellent metaphors, analogies and interactive content. However the most compelling metaphor was the simplest (not a coincidence). Ushahidi’s Angela odor Lungati, director of community engagement, described data, platforms and people as:

Seeds and land are pointless without people to sow the land and care for the plants. Data and platforms are useless if they aren’t reaching the people who need them most.

The last event was the award for the citizen science challenge. All three finalists were invited to attend the event. Biocaching gamified biodiversity observations using a mobile app. Hack the Rainforest, an initiative of Digital Democracy, brought developers to the Peruvian forest to aid communities in creating technological platforms for collecting and visualizing the data of deforestation. The winner, Logging Roads Initiative of Moabi, used Opens Street Map and Global Forest Watch to literally put illegal logging roads on the map in the Democratic Republic of Congo.