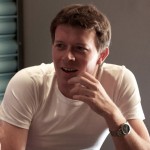 Created automatically from RSS feedPosted on July 13, 2015 Posted in Posts from feeds
This post was created automatically via an RSS feed and was originally published at http://blog.ukdataservice.ac.uk/eulife-app-challenge-update-a-lesson-in-change-management/

We’re live! It feels like a long time since we started this project, unsure of what dataset we would use, making calls to data providers and trying to figure out the steps that would get us to an Open Data API with a developer contest running to encourage developers across the world to use the data. We’ve learned a huge amount, not least about how to properly cleanse and weight data so that it gives the correct results. However, perhaps the biggest cultural challenge has been moving from a data science project to providing an open web service that potentially hundreds of thousands of people could use. They are two very different worlds.

Data science, to my mind, is the realm of experts. I’ve sat in some of the meetings at the UK Data Service where meta-data is discussed. Workflow, weighting, concordance grids; the list goes on. It’s a world of process, structure and deep understanding. It’s a world where the experts have spent years honing their skills. It’s also been the preserve of relatively small numbers of people using that data and many of them working for academic or governmental institutions. 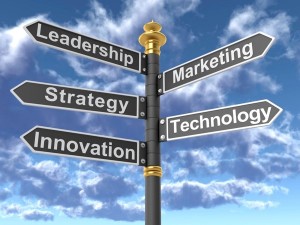 Our world at AppChallenge is to bridge this academic rigidity with the wild west of the Internet. Open Innovation is all about opening up to the outside world. Asking the Internet for ideas. That’s challenging for most organisations, but I think particularly for academia and it’s credit to the UK Data Service (special thanks to Louise Corti our project leader who has been fantastic to work with) and the ESRC that they are game for letting an organisation like ours in to facilitate the process. Change is not easy. 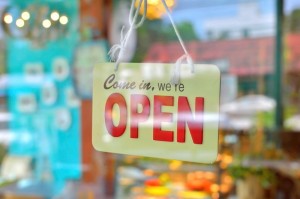 Running an AppChallenge is all about removing the obstacles to someone using the data and getting involved. We work hard with our online community. Our members can literally be anywhere, with a range of skills from beginner to expert on a range of platforms with a range of reasons why they’re interested in our AppChallenge. We’re on social media pretty much 24/7 and Twitter is our favourite method of answering questions, but we also support Disquss, Facebook and even Instagram, which we’ve introduced since #EULife launched to visualise some of the statistics from the Eurofound European Quality of Life data set that we’re providing.

Our members want the least path of resistance. For many, English is not their first language, and we spend a lot of time thinking about how and where they hit our website, what they read and how long they’ll spend considering whether to get involved. I can tell you they don’t read 10 page PDFs, wikis or websites that are vague and uninteresting (sorry but that is the majority of academic websites). This might sound harsh, but anyone who produces videos or social content for the web will tell you the same thing. You’ve got a few seconds to impress and then people click away. In those few seconds you need to explain why they should stick around and how to get started. This is the challenge we face every day. Equally, in our case, you want developers to use the website, not just casual browsers. They are the treasure that we’re after at AppChallenge!

Written by our resident data guru Philipp Rustemeier, this is a brilliant tool for just playing around with the data and seeing what’s available. We use to produce stats like the one at the top of this post.

We’ve added several video tutorials where we step through creating an app that uses the Open Data API in both Python and Javascript. We also have simple tutorials for registering with the UK Data Service API and installing Python.

To find out more about the #EULife AppChallenge check out the competition website here.