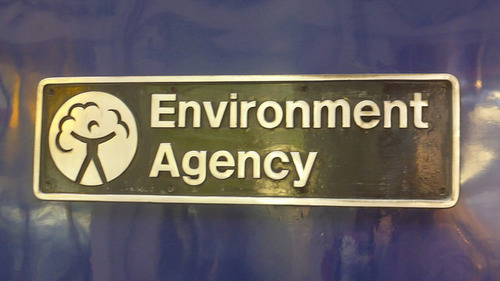 The Environment Agency have set up a new Data Advisory Group of a dozen or so volunteers. Most are external parties who have an interest in EA data, as technical experts or as existing licensees or from an open data background.

The group (EADAG) meets for the first time next week. There was an open application process, although it was somewhat low-key. I have been accepted as one of the members for the first year.

EA have not yet released publicly the terms of reference or a list of the members, so I’ll leave that aside for the moment. But based on the list I’ve seen I anticipate a range of views within the group on the subject of open data. *

I will certainly be arguing for open release of as much new data as possible, in line with EA’s recently expanded commitment. However I would expect push-back from some other members. This is of course in the nature of healthy debate.

This post contains my notes on some issues I would ideally like to see taken up by EADAG. My focus is on open data release and on making it easier for potential re-users to discover existing EA open data. Other members will have their own priorities, of course, and I think EA’s intention is that the group will have an advisory remit broader than just open data. 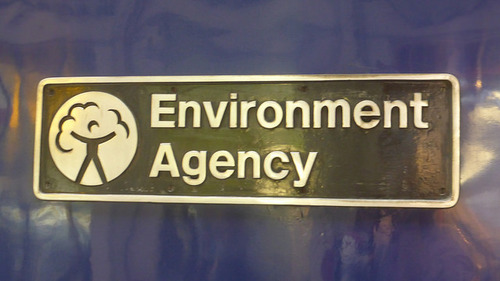 I’ve set up a resource page that provides some context on Environment Agency open data and the current position.

My hope is that the new advisory group will be an opportunity to advance EA’s open data programme, rather than to reset it. This is not “day one”. EA have made substantial progress, particularly in the past year, and we should look to build on that work. I will be dismayed if the group has to go back to first principles when it comes to deciding which datasets should be prioritised for release as open data.

The Environment Agency have for a number of years operated a commercial data licensing programme. They have a highly organised process for considering whether their information assets are eligible for re-use under licence. Open data release is likely to reshape the information markets in which EA operates – perhaps radically. I would anticipate more use of EA data by NGOs, small businesses, and on the web, and more cascading of shared data through supply chains. However: EA’s knowledge of their existing information markets means they should already have a pretty good idea which datasets have the greatest potential for re-use as open data, and where the demand lies.

We have had public confirmation via the ODUG that EA intend to release their Risk of Flooding from Rivers and Sea (RoFRS) dataset (previously known as NaFRA) as open data. This is a significant milestone in EA’s open data journey. RoFRS is widely used in the insurance and conveyancing sectors, and the underlying model is central to EA’s own work in estimating national exposure to flood risk and the costs of flood prevention.

I haven’t seen any specific announcements of other upcoming EA open data releases. However we know Ordnance Survey plans to release a Derived River Network product, and I expect there to be some items related to open data in the Government’s Autumn Statement on December 3rd.

RoFRS, while central, is one of a wide array of flood-related datasets held by EA that are not currently available as open data. RoFRS has been the main hurdle because it was EA’s chief source of commercial data licensing revenue. Now that we have resolved that problem, I think EA should also consider releasing some of the complementary datasets such as: Flood Map (used in the planning process), Flood Map for Surface Water (compiled from local authority sources), historical Recorded Flood Outlines, Spatial Flood Defences, and locations of Large Raised Reservoirs.

It’s also worth noting that the Government and insurance industry are developing a new address-level dataset that will identify residential properties at high risk of flooding, under the auspices of the Flood Re scheme. For many parties interested in the economic management of flood risk, this dataset could become as important as RoFRS. It’s unclear whether the dataset will be available for wider re-use. I think there is a strong public policy argument that the Flood Re dataset should be released as open data in the same way that house price information is already available.

One of the questions I would like to put before EADAG is whether EA are doing enough to help the public discover and access existing open data.

We are at an odd point in the Government’s transparency programme. While many local authorities are now able to make their open data visible via low-cost dedicated portals, government departments and agencies have been hobbled by GDS’s over-reaching determination to centralise their web presences on the GOV.UK site. Users of EA information have been particularly hard-hit.

EA’s DataShare page is serviceable as a place from which to download existing open data – if you know what you’re looking for. There is also information about EA datasets on Data.gov.uk. But neither site really promotes understanding of the range of data available from EA, particularly at an introductory level for the general public. (EA’s venerable WIYBY application does this to some extent, but is not tied in to the open data programme.)

What we need is a structured resource that presents EA datasets in context and shows the inter-relationships between datasets – as well as the relationships to data held by other authorities.

There is probably a piece of work to be done on mapping environmental datasets by theme. This is as relevant to prioritisation of data for open release as it is to discovery of existing open data. For example EA holds several datasets about groundwater, but when thinking about those datasets it also helps to be aware of the hydrological monitoring data held by CEH and the susceptibility dataset held by BGS.

Formats and obstruction of re-use

EA have in the past sometimes presented data and information on the web in a manner that makes it difficult to re-use. In some instances that has been unthinking, but in others I am fairly certain it was a deliberate tactic. Although EA have now seen the light on open data, the legacy of that dark time is still with us.

I also have some questions about why FCRM programmes for previous years are not retained on the EA website, and why EA have stopped publishing monthly lists of objections to planning applications on flood risk grounds.

In addition I would like EA to review the use of the “Standard Notice” when responding to FOI and EIR requests. It is not usual practice among public authorities to automatically issue licensing terms with FOI/EIR responses, and in most instances applicants are not interested in re-using the information provided. But where there is a desire to re-use the information, I think EA should move to an open licence by default. The Standard Notice is not a compliant open data licence, even in its application to “EA OpenData”.

I’ll be interested to find out which areas other EADAG members think EA should focus on for future open data releases. Beyond flood risk, my own list tentatively includes public registers, fly-tipping data, and landfill mapping.

If anybody reading this post has thoughts on additional priorities, I would be happy to hear about them. My email is: owen.boswarva@gmail.com

Transparency of the EADAG process

EA’s new Data Advisory Group is one among many, many similar panels and boards that meet across government to discuss data and transparency issues. My view is that these groups, while useful, are only a small part of what should be a much wider programme of public engagement.

I expect the meetings themselves to be fruitful at least as a forum for raising issues. However I would like to encourage EA to publish as much information as possible from EADAG meetings, including swift release of minutes and presentations etc., so that the wider community knows the process is transparent.

* Update 18 November 2014: Miranda Kavanagh, EA’s Executive Director of Evidence, has written a blog post that introduces the members of EAGAD.