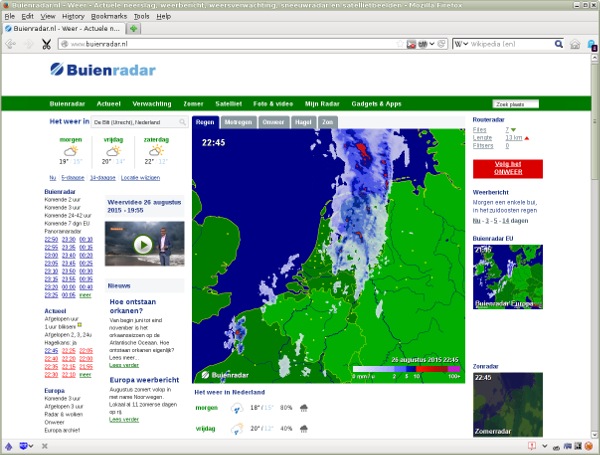 Dutch minister calls for more government data to be published

Created automatically from RSS feedPosted on August 27, 2015 Posted in Benefits of open data, Commercial opportunities, Informing Decision-making, Posts from feeds, Transparency
This post was created automatically via an RSS feed and was originally published at https://joinup.ec.europa.eu/node/145404

Dutch government data should be made available for free to the public as much as possible. Public agencies should change their attitude towards the publishing of open data, the Dutch Minister of the Interior, Ronald Plasterk said. They are often not aware of the value of the data they collect. Publishing should become a basic principle.

This summer, Plasterk had an inventory made of departmental datasets that could be made available. Five hundred and fifty of these have now been added to the Dutch open data portal, which now contains almost 7,000 datasets.

The new datasets include detailed information on election results, top earners within the public sector, procurement by the central government, and liveability per neighbourhood. Another 300 datasets are currently being examined and will be published as soon as possible. An update to the inventory will be published before the end of this year.

Two popular examples of Dutch mobile apps using open government data are Thuisbezorgd (‘Home-delivered’, for ordering in) and Buienradar (‘Shower radar’, a warning system for rain showers). The former uses the Dutch zip-code database, the latter information from the Royal Netherlands Meteorological Institute or KNMI. By combining various data sources in a smart way, Plasterk said, we can make better information analyses, for example with regard to correlations between living environments and health.