Data from the Family Food Survey is now in line to be made available for re-use as part of the Department for Environment, Food and Rural Affairs’ (Defra) open data campaign. 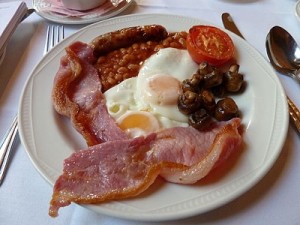 It has indicated in a departmental blog that it plans to stagger the release between December and June, releasing the data in three tranches.

The first will comprise the data already available in a number of formats on the Engineering Science and Research Council’s UK Data Service, covering the years 1974-2000. Defra is working with the service to establish whether it can be hosted on the site on under an open licence, but says it will at least make it discoverable on DATA.GOV.UK.

The second tranche consists of raw survey level data from 2001 to the present, which is on Microsoft Access databases held by the Office for National Statistics. It is said to be richer than the UK Data Archive but has to be anonymised before release.

Finally, Food Survey Reports from 1940 to the 1970s, currently in paper form, will have to be digitised.

A project team has been set up within Defra to handle the scanning, reformatting and analysis of the data. This is expected to be a stiff task due to the variety of formats and coding that have been used over the years.

“Understanding how the Family Food Survey and the kinds of data being collected have evolved will be essential for people looking to extract value from the data,” the blog says.

The move follows the announcement in June that Defra is planning to make at least 8,000 datasets available to the public in what is claimed to be the UK government’s largest “data giveaway”. In October it published a National Dataset List.

Image by Javier Leiva, CC BY 2.0 through Wikimedia Commons