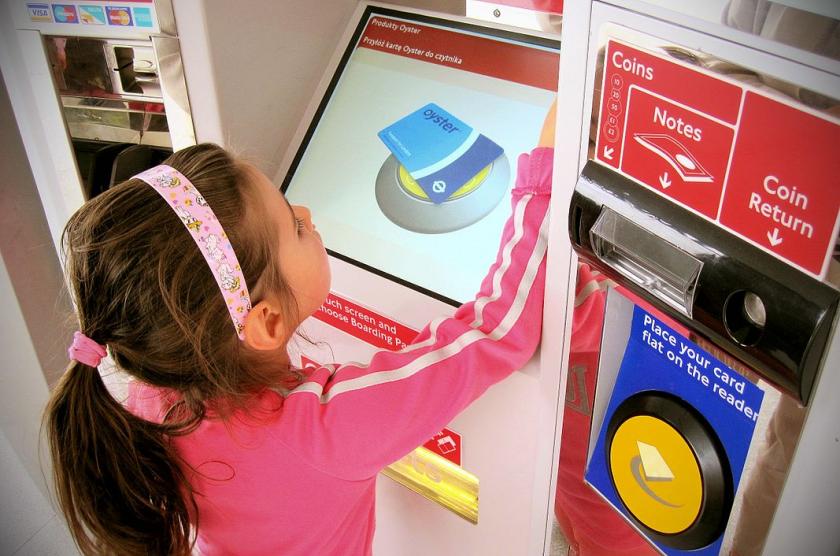 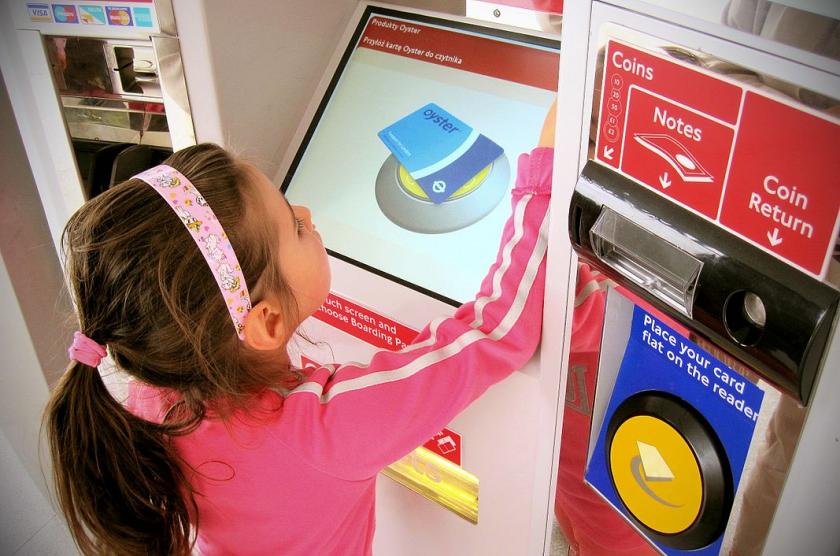 One of the younger users of London’s Oyster card. Image: Romazur/Wikimedia Commons.

In the last of the the Future of London series, presented by Transport for London, we talk to Shashi Verma, the transport authority’s Director of Customer Experience, about big data and new methods of payment.

When you picture a large public sector organisation you wouldn’t necessarily think it would be a leader in innovation – or that it would be in partnership with one of the most well regarded tech universities in the world. But Transport for London (TfL) has been making major strides with open data initiatives and the use of technology for a long time.

TfL has been a “data-driven organisation” for more than 40 years, according to Shashi Verma, the transport authority’s Director of Customer Experience. It has always been a data-rich organisation, recording information since 1971; but it was not until the Oyster card arrived in 2003 that the volume and richness of the data exploded, he says.

In 2005 TfL entered into a research partnership with the Massachusetts Institute of Technology (MIT) to focus on how to exploit data. “To many this would be surprising considering it came into fruition before the term ‘big data’ was even coined,” Verma adds.

“Data is key to enabling us to provide better transport. The population is currently 8.6m and is expected to grow to 10m very quickly. We have to understand how people behave and how to manage their transport needs.”

Filling in the gaps

MIT started to use automatic data for planning, and to enable TfL to provide better information to customers. But none of this was without its challenges, and the first was to fill in the gaps in the data.

There are an average 46m bus journeys a week in London, and, because people do not need to “tap out” with their Oyster cards, their destination is not recorded. In order to make the usage data useful, TfL needed to know not just the boarding but also the alighting point from the bus network. This required mashing the ticketing data with bus location data.

For example, if the next tap follows shortly after one on the bus and is at the entry to a Tube station, TfL knows it’s dealing with one long journey using bus and Tube. This helps to understand how crowded a particular bus or a range of buses are at a certain time. And it enables it to plan interchanges, minimise walk times and plan other services such as retail.

TfL also analyses data to look at personal journey patterns. For example, if someone regularly catches the number 14 bus and it’s on diversion, TfL can send that person information to let them know what’s happening. Big Data also allows TfL to do things on a customer’s behalf, such as auto refunds for delays or incorrect charging because of card clash.

“Passengers want good services and value for money from us,” says Verma. “But they also want to see us being innovative and progressive in order to meet those needs.’

Big Data analysis also helps TfL respond in a personalised way when disruption occurs. One example of this is occurred last summer when Putney Bridge was closed for repair work. While people were still able to walk or cycle across the bridge, cars were not able to, and buses had to stop either side. 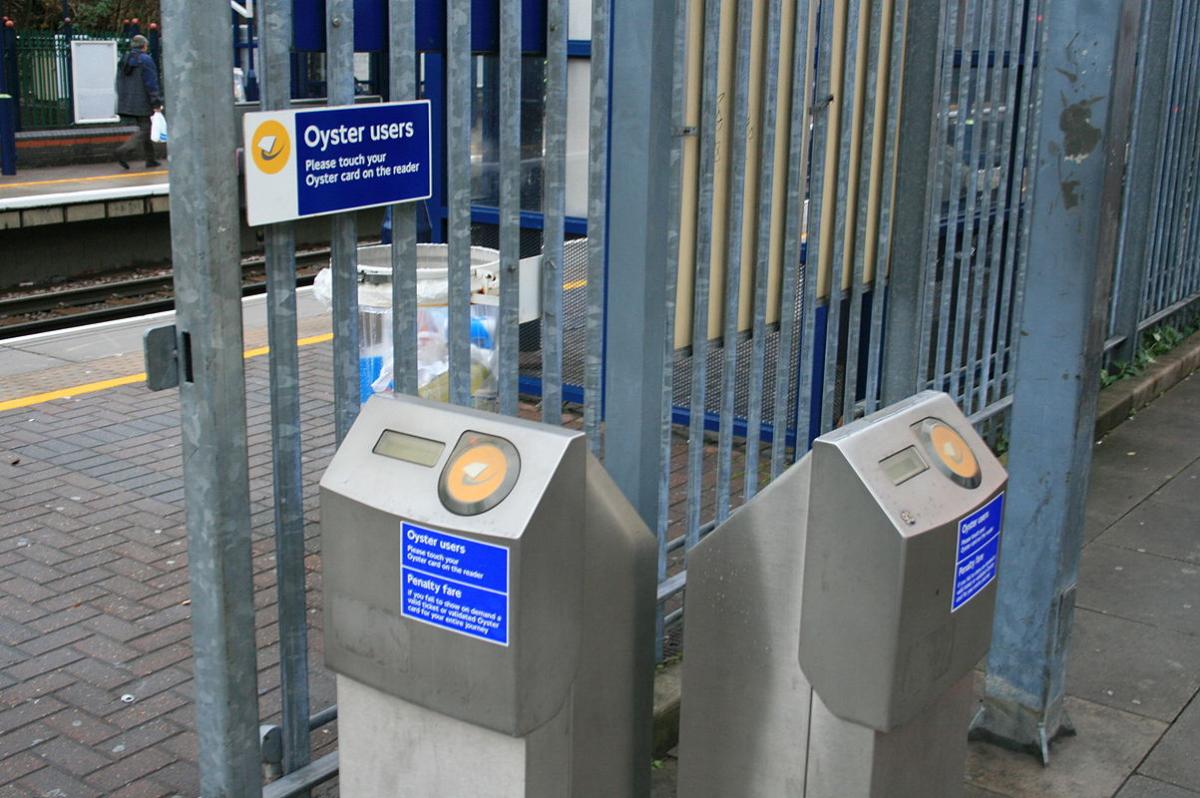 By stitching together Oyster taps and location data to predict how many people would be affected, TfL found that 56,000 journeys involved crossing the bridge in the middle of a trip. These journeys would now require two bus trips, one either side of the bridge, so it made arrangements to offer transfer facilities so that customers would not be charged twice.

It also sent targeted emails to provide people with information about alternative routes to minimise the impact of the disruption, and made some temporary bus route changes to help customers get to other rail interchanges such as Hammersmith.

This personalised approach to providing travel information is one focus for TfL’s data initiatives; its open data policy is another. Around 5,000 developers are signed up to the TfL website and there are around 360 apps on Apple’s App store using its data.

Verma added: “The growth of apps meant making data available online was the most efficient way to exploit it. We can put it on our website for others to use and then that offsets our expenditure.” All of this has come at a relatively low cost. “We’ve spent £1m on opening up our data but that compares to a £58m saving for customers in time saved.”

The convenience of contactless

As well as looking at innovative ways of analysing data, TfL has been experimenting with new technology for a long time. It was as early as 2005 that TfL started looking at what could replace the Oyster card, and it began to look at contactless in 2008. However, owing to the financial crash hitting that year, it was not until 2011 that other card companies started to commit to the idea.

This has resulted in a model that will not only work on London’s transport network, but on any other networks around the world. Transport authorities globally have been watching the capital with interest and TfL is keen to share its expertise with colleagues around the world.

More than 157m contactless journeys have been made on services since it launched on the tube. One in 10 contactless transactions in the UK are made on TfL’s network, making it one of the largest contactless merchants worldwide. This high level of take up continues to drive the use of contactless elsewhere in the retail, food and leisure industry.

The drive to move people away from paper tickets reached a new stage when Apple Pay launched in the UK in July. “The more options people have of doing something, where the user experience related to their needs, then the better off we are,” said Verma, who hopes that Apple Pay and the forthcoming introduction of rival services from Android and Samsung will be another step towards eliminating the use of paper tickets on the Tube.

Contactless payments, personalisation and the open data policy are just some of the ways that TfL is trying to make travelling simpler and more convenient for its customers. As Verma concludes: “From our perspective, it’s a real story about technology leadership in house, within a public sector organisation and we’re looking at doing much more in the future.”

The future of London series is supported by Transport for London, and commissioned by CityMetric.