Created automatically from RSS feedPosted on February 25, 2016 Posted in Benefits of open data, democracy, Informing Decision-making, Open Government, Posts from feeds, Transparency
This post was created automatically via an RSS feed and was originally published at http://e-pluribusunum.org/2016/02/25/congress-open-data-bill-status/ 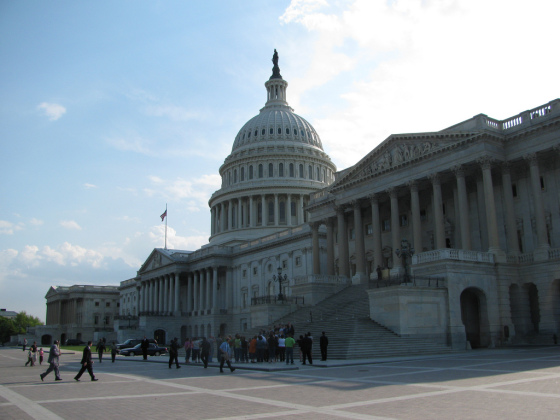 Imagine searching Facebook, Google or Twitter for the status of a bill before Congress and getting an instant result. That future is now here, but it’s not evenly implemented yet.

When the Library of Congress launched Congress.gov in 2012, they failed to release the data behind it. Yesterday, that changed when the United States Congress started releasing data online about the status of bills.

For the open government advocates, activists and civic hackers that have been working for over a decade for this moment, seeing Congress turn on the data tap was a historic shift.

It took 14 years 9 months 6 days after I asked: Congress is now publishing actual data on the status of legislation. https://t.co/ITtDev12Xs

Congressional leaders from both sides of the aisle applauded the release of House and Senate bill status information by the U.S. Government Printing Office and Library of Congress.

“Today’s release of bill status information via bulk download is a watershed moment for Congressional transparency,” said House Majority Leader Kevin McCarthy (R-CA), in a statement. “By modernizing our approach to government and increasing public access to information, we can begin to repair the relationship between the people and their democratic institutions. The entire Congressional community applauds the dedication of the Legislative Branch Bulk Data Task Force, the Office of the Clerk, the House Appropriations Committee, GPO, and the Library of Congress, which worked together to make this progress possible.”

“Building off previous releases of bills and summaries, today’s release of bill status information largely completes the overarching goal of providing bulk access to all the legislative data that traditionally has been housed on Thomas.gov and now also resides on Congress.gov,” said Democratic Whip Steny Hoyer (D-MD). “This is a major accomplishment that has been many years in the making. It goes a long way toward making Congress more transparent and accessible to innovation through third party apps and systems. I applaud the dedicated civil servants who made this possible at the Legislative Branch service agencies, and I want to thank the Bulk Data Task Force for their leadership in this effort. While this largely completes a major goal of the Task Force, I look forward to continuing to workwith them to further modernize the U.S. Congress.”

The impact of open government data releases depend upon publicy and political agency. Releasing the states of bills before Congress in a way that can be baked in by third party apps and services is a critical, laudable step in that direction, but much more remains to be done in making the data more open and putting it to use and re-use. If the Library of Congress opens up an application programming interface for the data that supplies both Congress.gov and the public, it would help to reduce the asynchrony of legislative information between the public and elites who can afford to pay for Politico’s Legislative Compass or Quorum Analytics that is the status quo today.

In an era when Congress job approval ratings and trust in government are at historic lows, the shift didn’t make news beyond the Beltway. Govtrack.us, which is based upon data scraped from the Library of Congress, has been online for years. Until this XML data is used by media and technology companies in ways that provide the public with more understanding of what Congress is doing on their behalf and give them more influence in that legislative process, that’s unlikely to change quickly.