Can the promise of open data be fully realized?

Are we on the cusp of seeing dramatic changes in the way governments operate by publishing and consuming open data? Mark Headd, Developer Evangelism at Accela seems to think so. He’ll be leading a panel discussion at the All Things Open conference in October about open data and wants to explore just that—how open data is changing government, both institutionally and operationally.

I had a chance to see Mark in action here in Raleigh, North Carolina a few months ago when he came out to keynote and participate in CityCamp NC—a state-wide unconference, competition, and civic hackathon. One of his key messages was that the United States has a long history of volunteerism, and civic hacking is just another form of that.

In advance of All Things Open, we wanted to get Mark’s take on open data and civic hacking. He told us how to get started with open data so that you can get started faster. Mark has been to a fair number of hackathons and provides some advice for what a successful hackathon looks like. Spoiler alert: it has to do with sharing. Let’s dive right in and see what Mark thinks is on the horizon for open government and open data.

What is your role at Accela and how do you help open source developers?

My role at Accela is to lead the developer evangelism team. We work with developers who want to build new apps and services on top of Accela’s core platform, which is used by hundreds of government customers across the country (and in other countries). In a way, my role is similar to the one I had when I worked as Chief Data Officer for the City of Philadelphia—and as a civic hacking organizer before that—to get both governments and developers to view government as a “platform” that can be used to build collaborative solutions that can make communities better and serve citizens more efficiently.

You were a keynote speaker at CityCamp NC. What was your main message to that audience?

I wanted to talk at CityCamp NC about how lousy we are at making long term predictions about the future, particularly when technology is involved. Instead, I wanted people to consider what the civic hacking movement is and where it comes from. Something that I think is under appreciated in the open data and civic hacking communities is that there is a long history of volunteerism in our country, going back to groups like Benjamin Franklin’s Bucket Brigade—the first volunteer fire company in Philadelphia, which was started in 1736. There is a direct connection between our nation’s rich tradition of volunteerism and contemporary civic hacking. I think understanding that helps provide context and meaning to the work we do in this area.

You’re leading an open data discussion at All Things Open. What direction do you want to take that conversation?

I very much want to talk about what we could be doing better on the open data front, things that we are not doing as well as we could be. I think open data has progressed to a point where we are on the cusp of seeing dramatic changes in the way governments operate by leveraging data in different ways. For those of us—inside and outside of government—that care about it, we need to ensure that the promise of open data is fully realized. Now that governments are publishing their data and starting to make better use of it themselves, there needs to be serious conversations about how this affects the structure and operation of government.

Governments are still organized in ways that reflect their siloed, opaque past, not their agile, transparent future. How do we get there? Who decides? Who has input into these decisions? These are all questions that we need to figure out. And those of us outside government that work in the civic technology space need to figure out how we can help bring about this change and hold public officials accountable if it doesn’t.

How does someone get started with open data? What are some steps they can take to go down the right path?

I got started in open data by scratching my own itch—working on things that affected me personally but that also affected lots of other people. Living and working in the Philadelphia area means that public transit is an important part of your life. I’ve always been interested in transit data and building apps that I found interesting and useful with it. One of the very first civic hacking events I organized in Philly was around transit data. Anyone interested in open data should start with their own interests—what motivates them? What would they change about their community or neighborhood if they could to make it better? What data can they use to make this happen?

What makes a hackathon or code sprint successful?

Apply the open source philosophy to how you organize your hackathon—borrow the ideas of others. People have been running successful hackathons for years, and many of these organizers have shared their thoughts on what works and what doesn’t. The Smart Chicago Collaborative has produced one of my favorite guides to organizing a civic hackathon. And if you organize an event and have some insights on what went well and what didn’t, share your experience—tell the world.

What’s do you see on the horizon for open government and open data?

I hope to see open data and open government become further institutionalized in government, and that we use these as the basis for some fundamental changes to the way that government operates and is organized. We’ve still got a long way to go. I think when people start asking questions like “What is a FOIA (Freedom of Information Act) request?” or “What is a data scraper, and why would I need one?” with genuine sincerity, then we’ll know we’re close to our goal.

This article is part of the All Things Open Speaker Interview series. All Things Open is a conference exploring open source, open tech, and the open web in the enterprise. 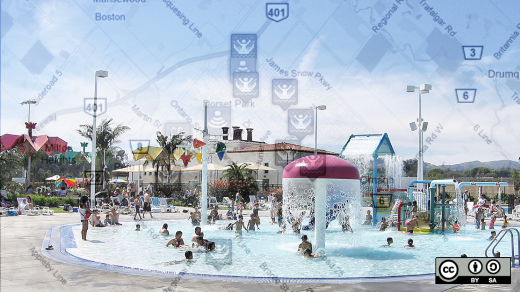