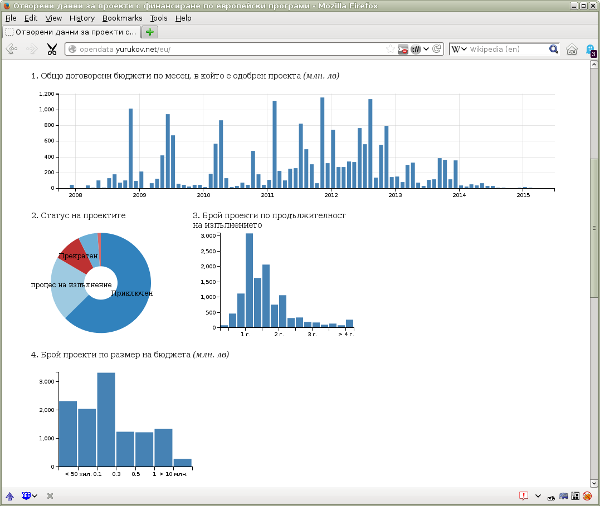 Bulgarians having a date with data

Created automatically from RSS feedPosted on September 3, 2015 Posted in Benefits of open data, Informing Decision-making, Open Government, Posts from feeds, Transparency, Visualising data
This post was created automatically via an RSS feed and was originally published at https://joinup.ec.europa.eu/node/145556

This summer, the Bulgarian Council of Ministers organised ‘A Date with Data’. The theme for this one-day event was ‘Open Data for Transparent Governance’. The programme featured presentations, panel discussions, demonstrations of visualisations, and other applications of open data.

‘A Date with Data’ followed the official launch of the Bulgarian open data portal last autumn. Over the last year, Bulgaria has published almost 100 datasets on its open data portal, and more to come: The Council of Ministers has accepted a list of 119 prioritised datasets that are important to open up first. It has set four deadlines for this year, when the datasets should be publicly available on the open data portal.

According to Kalina Cherneva, Adviser to the Cabinet of the Deputy Prime Minister, similar events will be organised on a regular base in the future.