Achieving a “New Normal”: Mapping the Future of the AidData and U.S. Global Development Lab Partnership 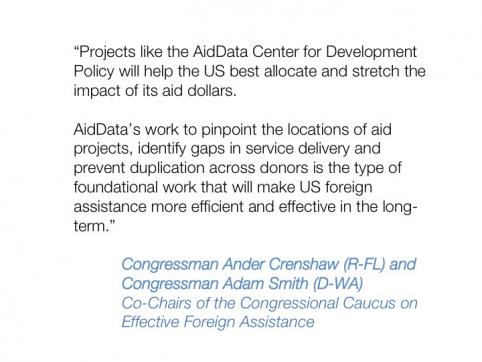 When we originally drafted our proposal for our partnership with USAID in 2012, we had a very simple vision: take our successful geocoding pilot in Malawi and rapidly diffuse the technology to the 15 partner governments in Africa, Asia and Latin America where we had a field presence.

Many of these countries are highly aid-dependent countries; they are countries where it is of great importance that we make each and every aid dollar count through geospatial targeting, coordination, and evaluation. There are more than 220 million people living on less than $2 a day in these 15 countries, and we believe we have both a fiduciary and a moral responsibility to ensure that the US government and its partner countries are getting the biggest bang for buck possible with each taxpayer dollar.

USAID’s Global Development Lab is helping to bring about this “geospatial revolution” in the global development community: not only are we witnessing a rapid acceleration in uptake of geospatial data and analysis among the governments being directly funded through the partnership with USAID; we are seeing other countries, such as Chad and Cote d’Ivoire, adopt geocoding into their regular aid information management processes. 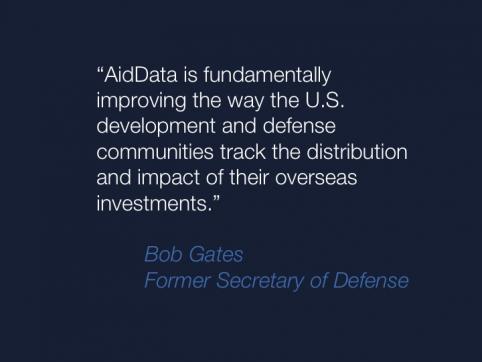 The World Bank Group, as the first to pioneer geocoding through the Mapping for Results initiative, not only adopted geocoding methodology throughout the organization, but has their own staff systematically apply subnational geocodes to the universe of IDA, IBRD, IFC, and MIGA investments. These 4 World Bank group institutions are collectively investing $61 billion every single year.

This type of uptake was almost inconceivable to us just two and a half year ago, as we are beginning to see a cultural change where staff are beginning to ask the question: why would I not use geospatial data to inform my programming efforts? 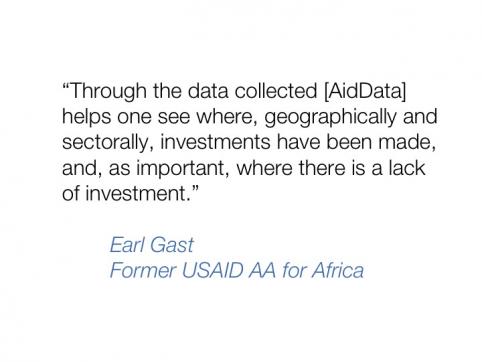 We now see the geospatial movement spreading beyond aid to other types of development finance as several of our partner governments, after seeing firsthand the power of geocoded aid information, have expressed interest in geocoding their national budget data. The private foundation community is also engaging; this summer we will be partnering with Humanity United and the Concessions Working Group to geocode FDI projects in Liberia.

The “geospatial revolution” comes at a critical time as the global development community reflects on the post-2015 development agenda to end extreme poverty. As African philanthropist Mo Ibrahim stated in an op-ed in April’s Financial Times, “there is a seminal crisis at the heart of global decision making – the crisis of poor data.” He then sounded this call to action: “We will never end extreme poverty if we don’t know who or where the poor are, or how much is being spent to help them.”

We’re excited to work towards this vision with USAID and the global development community. Over the next year we look forward to building the body of work around spatial impact evaluations and evidence based decision making, better understanding the assumptions around open data and its potential for increased accountability, and providing additional tools for decision making to a global network of partners. We’ll be back to report on exciting developments, as well as failures, as we keep pushing the frontiers of data for development.

To read the previous entries in this series, visit aiddata.org/blog.